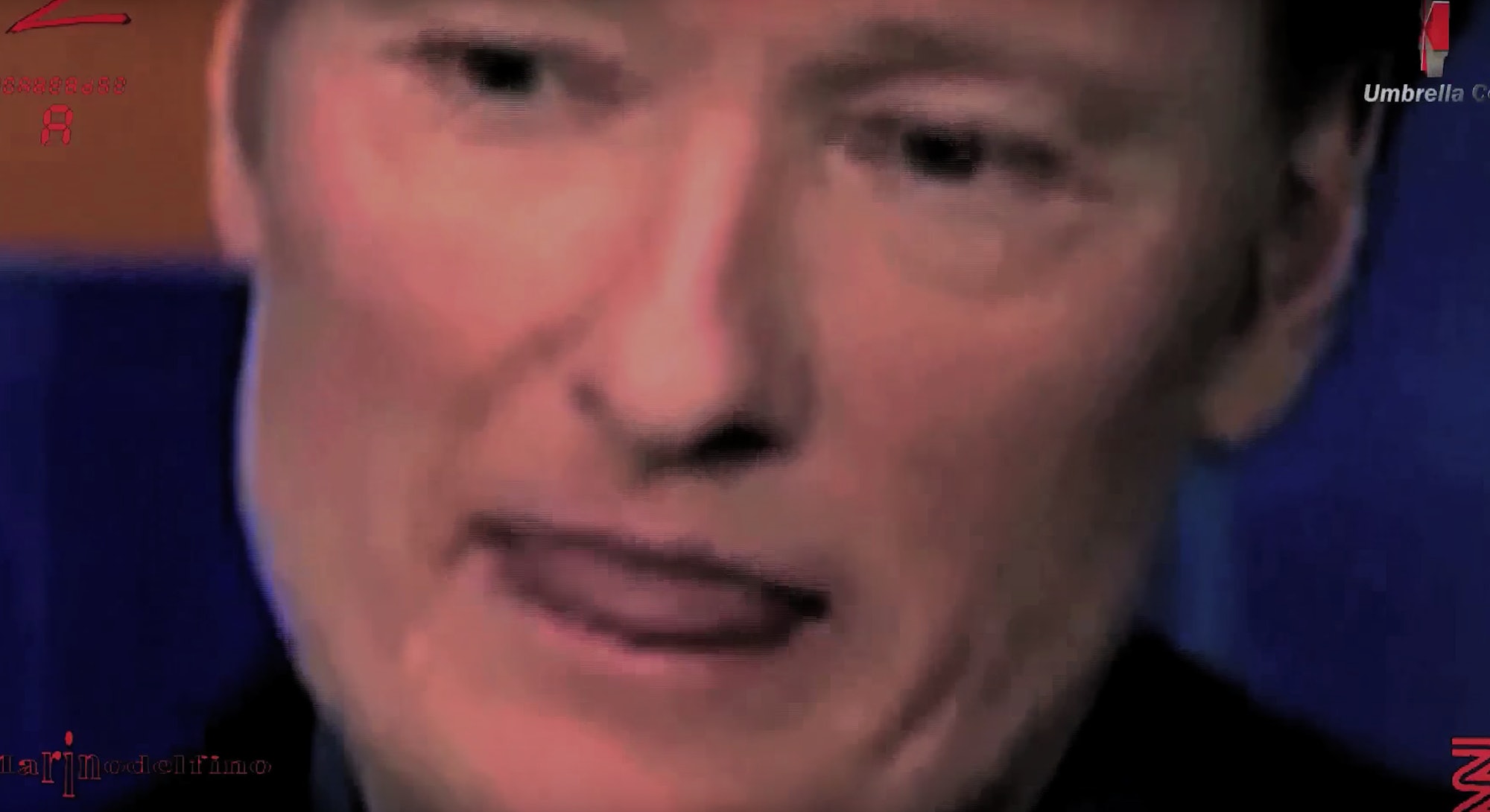 Through his writing and his Skeptoid podcast, Brian Dunning examines popular conspiracy theories in the culture, applying critical thinking to theories that grow like weeds on the internet.

With his new book, Conspiracies Declassified, out this week, he collects the “wildest conspiracies to ever exist, from mind control experiments to lizard people.”

With the below excerpt, re-published with permission, Dunning looks at the latter — reptoids.

Perhaps the weirdest modern conspiracy theory, it is one on which The Atlantic famously observed more than five years ago: “12 Million Americans Believe Lizard People Run Our Country.” The lizard person conspiracy theory persists: “An armed Washington state man stopped in the middle of an intersection last month to fight “lizard people” because President Trump told him to, police said,” the New York Post reported in December.

Below is the full lizard people/reptoid theory and Dunning’s debunk:

Have you ever paused an old video of almost any world leader or business executive and caught a strange-looking frame of the person’s face? While most people would casually dismiss this as just a video glitch (the technical term is a compression artifact, or simply noise in the signal), conspiracy theorists believe that these distortions are not in the video itself, but in the electronic holographic disguise worn by the world leader. They believe he, along with many other prominent people, is a reptilian being.

The theory asserts that many prominent people — including political leaders, business and religious leaders, and even famous actors and sports personalities — are actually these disguised reptilian beings called reptoids. They are reptilian in appearance like alligators, but humanoid in their upright posture. At some point in the past, theorists believe, important people worldwide began to be replaced and impersonated by reptilians. Little by little, they believe, we are being replaced — and the reptoids’ origin and purpose remain unknown.

There is no such thing as reptilian beings wearing electronic disguises and replacing world leaders.

Today’s believers in the reptoids can pause video to see the evidence they seek, but that wasn’t always the case. This conspiracy theory is an old one, and while only the video version of the theory shows up today, the story’s origins stretch back to the early days of the American West.

Back in 1934, a mining engineer named G. Warren Shufelt was searching for gold in southern California. Using a device he called a radio X-ray, he discovered a series of tunnels underneath the city of Los Angeles. By taking readings all over the city, he eventually put together a detailed map. It was a complex labyrinth, many rooms connected by tunnels, some wet and some dry. Shufelt’s device detected the presence of large quantities of gold scattered along the tunnels and stacked in some of the rooms. It was a treasure beyond accounting.

Seeking investors to fund the mining that would be needed to reach the treasure, Shufelt went to the newspapers. The Los Angeles Times published an account of his findings along with a reproduction of his map, and investors stepped forward to fund enough of Shufelt’s project to bore a shaft down to 250 feet. Unfortunately, it promptly filled with water. The mine was never able to get ahead of the water problem, and Shufelt’s dream of extracting gold from beneath Los Angeles soon ended.

Bolstering Shufelt’s story of buried gold was the testimony of a man named L. Macklin, who went by the name Little Chief Greenleaf and identified as a Native American from the Hopi tribe. Macklin corroborated Shufelt’s claimed caverns with what he said was an old Hopi legend of an underground city built some 5,000 years ago by a race known as the Lizard People.

Macklin’s testimony catapulted the story of the underground Lizard People into popular culture—and the community of people who believed the tale was just getting started. A growing community also believes that Lizard People live in caverns inside Mount Shasta, a peak in California. Mount Shasta is frequently referenced in New Age mythology, and in addition to Lizard People, some New Age practitioners believe it’s also populated by an ancient race called the Lemurians. Creatures such as Bigfoot and small dwarflike beings called Guardians are also believed to live inside Mount Shasta, in a grand multilevel city called Telos.

Based on little more than these mythological foundations—the Hopi legend and the ancient Lemurians—belief in a race of reptoid beings is actually not all that rare. Today, the leading proponent of the reptoids is David Icke, a British conspiracy theorist best known for his book The Biggest Secret, in which he laid out his “discoveries” about many world leaders being reptoids in electronic disguises. (Icke has also argued that the Moon is a hologram projected from Saturn.) For many theorists—bolstered by the legitimacy of an ancient Hopi legend—the video evidence of glitchy electronic disguises constitutes a solid case that many world leaders are actually reptilian beings.

According to conspiracy theorist David Icke, and the many who follow his beliefs, the reptoids are not necessarily enemies of the human race. A separate conspiracy theory concerns an alleged secret base outside Dulce, New Mexico, where there is a deep, multilevel city that houses as many as 18,000 gray aliens, who are there as a result of some sort of deal with the US government. Here the aliens perform experiments on human subjects. Icke and his followers believe the reptoids are actually the sworn enemies of the grays. However, the claims about who is allied with whom don’t really seem to be all that consistent.

In recent years, there has been less repetition of the conspiracy theorists’ claims when it comes to the video evidence of the reptoids. The reason for this decline is likely the advent of high-definition video. Today when we pause a video, there is much less compression artifacting. In fact, most of the time you can’t see any at all. But when David Icke first began promoting this idea, pausing video meant pausing a VHS tape. If you remember seeing this, you’ll recall that, when paused, the picture would jitter and flash and sometimes flicker between two frames, and that every edge was shattered into interlacing lines. It was easy in those days to pause a video and see just about anything you wanted to see. And in the early days of YouTube with low-resolution, highly compressed videos, the situation was only marginally better.

Now let’s talk about the foundations of the reptoid legend. First, let’s make it clear that there was never anything to G. Warren Shufelt’s alleged city underneath Los Angeles. He showed his “radio X-ray” device to a Los Angeles Times reporter, and it had nothing to do with either radio or X-rays. It was a dowsing pendulum, the same trinket used in “water witching,” where a practitioner swings a small pendulum, believing that its movements guide the way toward water or some other valuable discovery. Shufelt’s dowsing pendulum was suspended from a tripod with an elaborate (and hollow) glass and metal case he’d constructed. It actually had no capabilities of any kind. Shufelt’s claim that he took detailed photographs of the caverns with it strains credibility.

The other problem is that the interpretation of the Hopi legends that emerged was deeply flawed. No known Hopi legend ever referred to people who were half lizard. Searching through modern volumes of collected Hopi legends, one finds numerous references to clans who took their names from animals: the spider clan, the bear clan, the lizard clan. But these were not to be interpreted as half-human hybrid creatures. In addition, nothing in the Hopi literature references underground cities, gold, or anything else in the tales told by Macklin to Shufelt.

Why? Well, it’s unlikely Macklin had any actual knowledge of Hopi legends. Hopi birth and death records are available online through the website of the Navajo Nation, and no person with the names of Macklin or Greenleaf (or any reasonable variation of these names) was recorded during the period when these men lived. Given common practices in the mining days, the persona of Little Chief Greenleaf was almost certainly an invention intended to excite potential investors with promising tales of buried gold. But what not even Shufelt could have foreseen was the unusually long legs his story would prove to have, and the extraordinary nature of its eventual mutations—no matter how far out they all are.

Excerpted from Conspiracies Declassified: The Skeptoid Guide to the Truth Behind the Theories. Copyright © 2018 by Brian Dunning (Skeptoid.com) and published by Adams Media, a division of Simon and Schuster. Used by permission of the publisher. All rights reserved.