The first ever Fortnite “vehicle” just went live on Thursday with the game’s v4.3 patch, but shopping carts have already been the source of some great moments. Twitch streamers experimenting with their new grocery pushers have used them to great success (and failure). Check out some of their impressive plays and hilarious mishaps.

First up, we have Dakotaz. Shopping carts are two-seaters, so Dakotaz and his partner came up with a plan to ambush another duo by piling into a shopping cart together and building platforms upward. They were going to ride across the high ground and then drop down, turning the shopping cart into a sort of aerial assault vehicle.

The trees beneath them had other ideas.

DanzhizzLe did actually manage to weaponize his shopping cart by turning it into a rolling bomb. He rigged it with remote explosives and sent it careening off towards an enemy player. 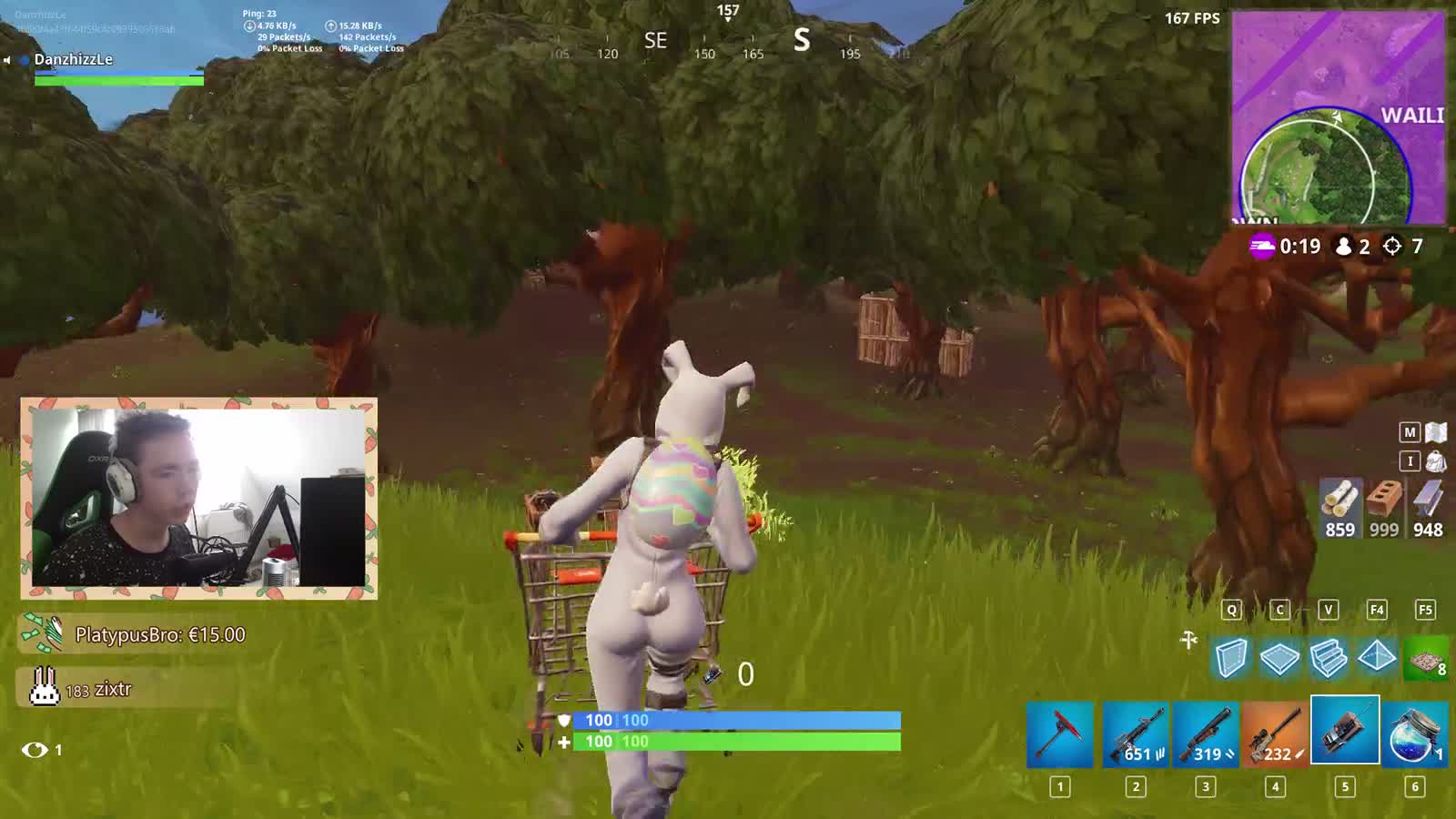 But for players like CouRage, a shopping cart could become a liability. My man just barely carted his way out of the storm with eight health while gritting his teeth and humming nervously.

He breathed a sigh of relief when he made it into the safe zone and was preparing to drop down a launch pad when things went horribly, horribly wrong.

Or sometimes, shopping carts may not work at all. DrLupo and his team were preparing to launch their carts into the air with a huge ramp. Evidently, one of the shopping carts disagreed, because it started to buck like a rodeo bull as DrLupo tried to wrangle it down. 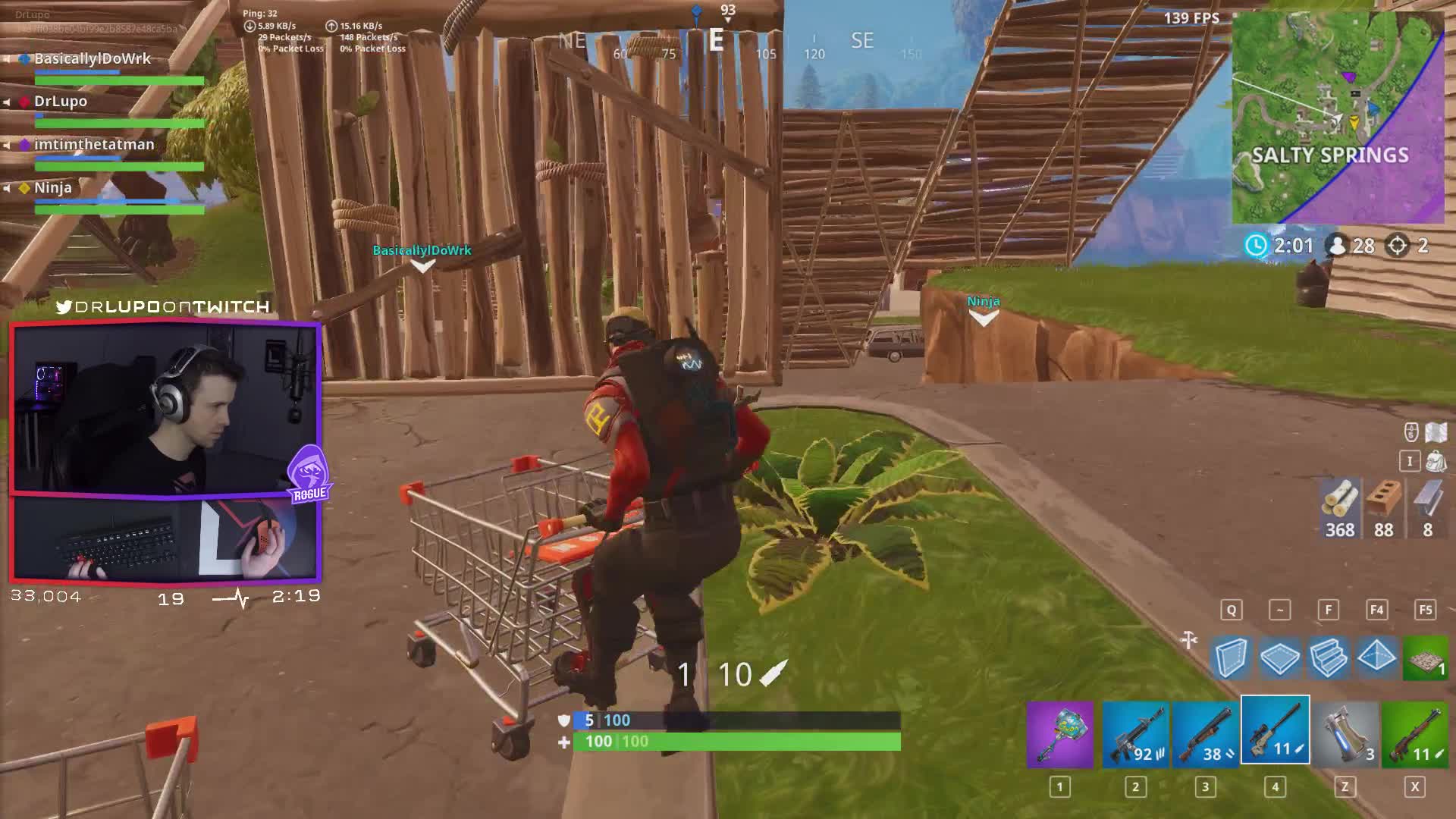 And lastly, we have Drake’s favorite streamer, Ninja. He was riding shotgun with Tim when they encountered another carting duo crossing an open field. Bullets started flying until they got into close range.

That’s when the clinger grenades came out.

My own suggestion? I want to see a shopping cart ramp contest to see who can stay in the air the longest. With all the hijinks that streamers get into, it’s only a matter of time.