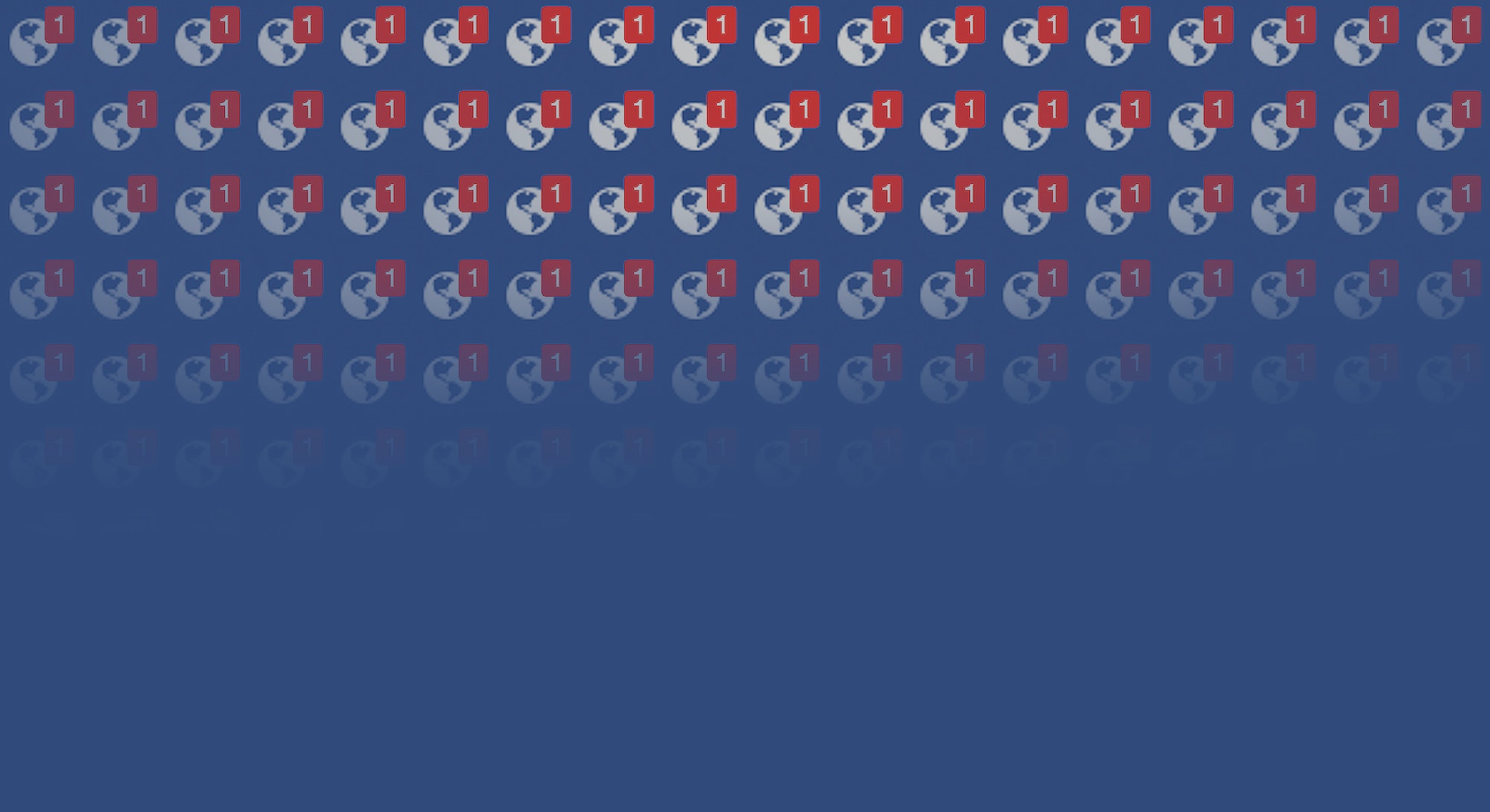 The lack of privacy on Facebook, and how poorly the platform/media company policed what third-party scammers did with data for some 87 million people, resulted in a dramatic spike of people wondering how they could delete Facebook this past spring.

Three admittedly Facebook-addicted Inverse writers did just that recently, pulling the trigger on Facebook in order to figure out what they missed after returning from a two-week breather away from notifications, the newsfeed, and the noise.

Deleting Facebook was fairly natural, considering I spend most of my “social media” allotted time on other platforms, namely Twitter. That said, there were some hiccups along the way, and just because I felt holier-than-thou for “deleting” Facebook, it doesn’t mean there weren’t hiccups along the way. After coming back to 62 notifications, mostly from brands, and the same Feed I left behind, here is what I found I missed…

Social Life: Because the Facebook events feature acts as part my social calendar, unfortunately it’s easy to miss events by not being on Facebook. It’s also important to note that I couldn’t use Facebook’s Local — formerly “Events” app — one of my favorites on my phone that actually keeps me in the social loop.

All in all, I only missed two birthday party invites throughout my Facebook-less tenure, which I happened to hear about from the birthday folks themselves. They wanted me there enough to text me the details! (#friendshipgoals.)

Money: Not being able to log into Facebook saved me approximately $53 on shoes I almost bought from a certain e-commerce site that shall not be named. If you’re like me and automatically click on the Facebook sign in option — instead of creating an account on each shopping site — not being able to easily choose it is both a nuisance and a blessing when spending money online.

Dating: My Tinder is gone and so is any prospect of a soulmate. Kidding! Uh, but yeah, kinda awkward to ghost matches, I guess.

Social media that filled in the gaps:

Twitter: I’ve been @ replying at people a lot lately, which is usually a no-no for me. If anything, being more focused on Twitter upped my “meme game,” in which I was able to catch emerging internet humor quicker. However, I didn’t bother to check Instagram during the two weeks because my self esteem can’t even.

I consciously attempted to “check Facebook” about four times within two weeks. However, I made multiple accidental “login with Facebook” attempts…I honestly lost count of how many absent minded “facebook dot com”’s I typed into my browser. Sad.

Facebook Messenger: Part of the compromise of my #DeleteFacebook journey was to keep Messenger so my family isn’t too alarmed about my safety. Life on Messenger went on, with my dad sending me memes for about a week straight.

Not being on Facebook didn’t make me feel like a better person, but it was a perk to make sure people at parties knew I was.

Finally, I’m happy to report that I experienced exactly zero instances of people referencing something that occurred that I may have missed. One more reason to convince me that nothing of true interest to me ever happens on this platform.

Upon returning to Facebook after two weeks, one of the most immediately striking things about my newsfeed was how annoying the news was to me on Facebook. It’s sort of the only social media network in which you often feel obliged to stay friends with IRL friends or family out of sheer politeness, so when one of these people annoys me by sharing biased news articles from less than reputable outlets, I feel powerless to do anything.

I can “unfollow” them — which I often do — but Facebook is really the only social media network that makes it a little bit harder for you to curate your own news, because you’re at the mercy of your social network. Much has been said about the “echo chamber” of our media diets, but I definitely don’t get that from Facebook.

If there’s one base emotion that Facebook gives me, it’s anger. I find it irritating because so many posts from others are pointless. Many say social media is a waste of time, but the majority of the posts I see on Facebook are even worse. There are a few silly Facebook pages like this one that I follow that bring me quite a bit of joy, but do I really care that the coworker of the friend I had in college ago posted a picture with his wife on his wedding day?

The most utility I get from Facebook relates events. All of the friends in my New York City friend group use Facebook for scheduling events and parties, especially related to birthdays. One of the first things that I did after getting back on Facebook after two weeks was to schedule an event for my own birthday in May.

Then there are the businesses that seem to exclusively use their Facebook pages; the most efficient way to get information about all of those businesses is to check Facebook, which is harder if one doesn’t have a Facebook account.

The national holidays that appear on Facebook and social media almost seem made-up. National Peanut Butter Day (January 24). National Chili Day (February 22). National Superhero Day (April 28). But if the stars align, these National Blank Days give someone in your life a reason to let them know they’re thinking of you. But if you leave Facebook, you might miss out on National Sibling Day, April 10, which I did when I deactivated my Facebook and missed out on sentimental posts from my increasingly distant siblings.

There are no arguments or falling out here — just people growing up and separated by distance and obligations. While it’s small, it was sort of a punch in the gut that National Sibling Day happened and I was nowhere in sight, and totally unaware it was even a thing. When I finally logged back into Facebook the next day, I saw my face in a photo shared by my brother. The weirdest moment came when I wasn’t “tagged,” and I almost felt like it wasn’t even me, a bizarre disconnect that could only happen when you’re conditioned by years of tagged posts that collect “likes.”

After coming back, I had 80 notifications. Zero actually mattered to me. The notifications were made up of missed posts in random groups, page likes, and “live video” streams. Quitting Facebook makes you realize how unnecessary Facebook is and it is a lot easier to quit Facebook than you think. You don’t realize just how much garbage passes through your timeline daily. It is very liberating to not have to see it. And really, no one is forcing you to see anything — our own laziness has made us complicit.

1. After leaving Facebook my news diet consisted entirely of Twitter. Twitter was my number one news source. During breaking news, usually minor movie/TV news or celebrity deaths, multiple outlets would report from verified accounts and not be buried by shares in the way Facebook normally is. I also follow journalists directly and I saw their chatter, which is not really a thing on Facebook.

2. It felt freeing to quit Facebook. I glaze over most of the stuff seen on Facebook — scrolling is a physical habit, not so much an emotional or psychological one. Most of the content is junk. Not that Twitter is any better, but having one less feed to scroll through felt like I could be invisible, even if I’m actually not.

3. Lack of event access was annoying — I almost missed out on a friend’s birthday and had to awkwardly reach out to her directly just to get basic details right, like when/where. And I had to write it down. Facebook has made this disturbingly difficult, even if it was normal just a few short years ago.

4. While Cambridge Analytica was a very disturbing development, growing up in the internet age, I’ve become careful in knowing what data I share, and what data of mine I make available. Quitting was more of a personal health issue than it is a statement about politics, though I think Mark Zuckerberg deserved all the difficult questions atop his booster seat.

5. The reliance of third party logins is disturbing. My credit card was tied into a Facebook-connected account for Midtown Comics, my weekly comic book subscription and delivery. A credit card snafu forced me to change my card number, which was easy for so many of my subscriptions — except Midtown Comics, which forced me to reactivate just to change the number. I jumped through approximately 80 hoops to deactivate my Facebook account — but all it took was one login attempt to get back in.

6. It felt like a weight lifted off my back. It felt nice to not have to see junk content shared by friends, family with opposing political views, and acquaintances whose meetings I’ve forgotten. Again, Twitter isn’t much better, but it’s far less personal to “unfollow” than it is to “unfriend,” and I think I’m too polite to unfriend.