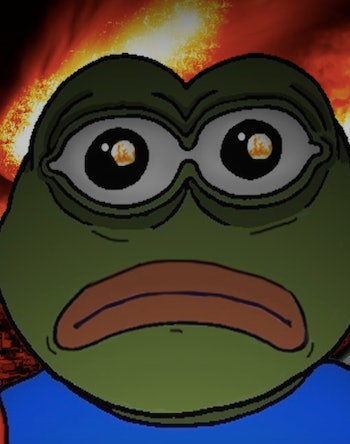 In April, Alek Minassian drove a van into a crowded pedestrian street in Toronto, killing ten people. Before the attack, Minassian posted a cryptic Facebook rant that provided some possible insight into what could could have motivated him to commit such a violent act — that is, if you had any idea what he was talking about.

“Private (Recruit) Minassian Infantry 00010, wishing to speak to Sgt 4chan please. C23249161,” it read. “The Incel Rebellion has already begun! We will overthrow all the Chads and Stacys! All hail the Supreme Gentleman Elliot Rodger!”

By now you likely know that incel stands for “involuntary celibate”, a term used by an online community of men who believe they’ve been denied sex and affection from women; something that they believe they inherently deserve. It’s a misogyny-driven ideology that’s becoming known for its hostility and violent rhetoric directed at women — and other men, for that matter. Occasionally, that rhetoric appears to cross over to real world acts of violence, like Minassian’s Toronto attack.

But predominately, the incel community is an online space, gathering on forum sites like 4chan, Reddit, and the now defunct PUAhate.com. In late 2017, Reddit banned the subreddit r/Incels for inciting violence, thus breaking with Reddit’s updated content policy. At the time, the group had around 40,000 members.

A new, slightly more mild subreddit called r/braincels has popped up in its place; at time of writing it had nearly 20,000 subscribers. Some posts give a pretty obvious view into the mentality of incel culture, with titles like, “Feminists bitch about toxic masculinity and white privilege while only wanting 6’5”, white, broad-shouldered men,” and “No woman will ever love you, nor befriend you.”

Other posts are not as easy to decipher. Like all predominately online, 4chan-bred communities, there is a lot of obscure jargon used in common discussion. To best understand an ideology — especially one that is extremist in nature and is increasingly linked to acts of mass violence — it’s helpful to understand what they’re actually talking about to each other online. In the world of incel culture, there’s definitely some linguistic overlap with the general “manosphere”, the larger network of websites and blogs that support the ideologies of the men’s rights movement.

Below is a very brief guide to incel terminology, which in some ways paints a picture of the group better than any think piece really can.

Incel — A self-described involuntary celibate. Incels believe they’re undesirable to women because society has stacked the cards against them. They believe that they are not good looking enough, are too small in stature, and are generally physically weaker than other men.

Alpha — Men who are able to get the sex and affection that they desire, because according to incels, they display traits of being popular and dominating, and are usually tall and athletic. Incels believe women cannot resist being attracted to men like this.

Beta — Any man who is not confident, who is submissive, and is not especially physically virile. Some Betas might occasionally have sex, but they aren’t nearly as successful as Alphas.

Omegas — A male lower than Betas in terms of their ability to interact with women and function in society. In incel terms, this person has zero ability to engage with the opposite sex. Some incels refer to themselves as Betas, some say they’re Omegas. It’s internet lingo; people use different terms in different ways.

Normie — Basically anyone who isn’t an incel. To quote r/braincels, “many incels are generally hostile to normies.”

Stacys — Stacy is a catch-all phrase for women who incels consider to be the top tier of attractiveness — and thus are a huge target for their rage. Generally, they are described as athletic, blonde, and sexually experienced.

Chads — The male equivalent of Stacys.

Beta Rebellion, also knowns as the Beta Uprising — This is a men’s rights term that refers to the uprising of beta males against alpha males and females, and possibly all normies, depending on who you ask. On top of Minassian’s own post citing an “incel rebellion,” the term beta rebellion was used by posters on 4chan to describe Chris Harper Mercer’s shooting rampage that killed nine at at Umpqua Community College in Roseburg, Oregon in 2015. Warnings about the shooting had circulated on 4chan the night before the event, leading many to speculate that Harper-Mercer was a 4chan user. A manifesto penned by Harper-Mercer before the attack stated, “Here I am, 26, with no friends, no job, no girlfriend, a virgin. I long ago realized that society likes to deny people like me these things.”

ER — The short form for Elliot Rodgers, who within the darker parts of the incel community is viewed as a martyr for the incel cause. In 2014, Rodger killed six people and injured 14 others near the University of California, Santa Barbara. In a video posted to YouTube before embarking on a shooting spree, Rodger explained that he intended to punish women for never having sex with him, calling himself “the perfect gentleman,” and lamenting the fact that he was still a virgin at 22. Referred to sometimes as Saint Elliot, The Cut writes: “His likeness has inspired countless memes that straddle the line between lulzy irony and utter sincerity (one widely circulated picture depicts him as a literal saint, his face Photoshopped into a religious painting).”

White Knight — More a manosphere term than an incel one, but it provides more context about the way the communtiy views women. Defined on the definitive men’s rights reddit forum r/RedPill as:

A male who attempts to gain the favor of or engage in sexual relations with females, who treats these females as Innocent, Delicate, Beautiful Goddesses who are in constant need of Protection, Defense, and Social Support. Where the needs and pleasing of females is top priority in the male’s life.

Needless to say, to incels and men’s rights activists, it’s a pejorative term. In the manosphere, a lot of men profess to being guilty of “white knighting” at times, but it’s perceived as weak, or worse, a traitorous act towards the male gender.

Black Pill — The black pill is a metaphorical term used to describe the moments when an incel either realizes or is reminded that they are an incel. When something happens in an incel’s life that reminds them that they are undesirable, that’s a black pill. This colloquialism stems from the red pill/blue pill cultural meme popular within the men’s rights movement. Like in The Matrix, taking the red pill is supposed to signify truth, while the blue pill represents blissful ignorance.

There’s plenty more slang used on incel forums, but a lot of it crosses over from the lingo of the common internet troll. It’s worth saying that plenty of the content published in incel and manosphere communites is meant to be hyperbolic or even satirical. Internet communities can be like that; they often balance absurdity and taboo with meaningfulness in the same forum. But on top of promoting misogyny, there’s no way to control how people interpret what’s posted to places like r/braincels. One person’s completely offensive yet non-threatening comment can be interpreted by another person as a call to arms.

As incels and the greater manosphere continue to dominate headlines, a public conversation is growing around these self-affirming communities whose hostility towards women has long thrived in the darker corners of the web. It’s much easier to have these conversations when we actually know what they’re talking about online.