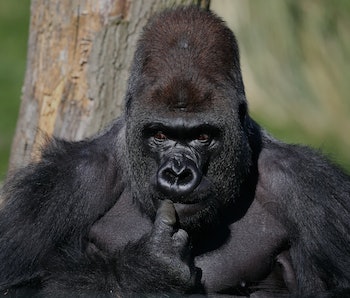 The consequence of texting and driving is so disturbing even Werner Herzog devoted a series of shorts to its victims. Even for humans unburdened by technology, to drive is to navigate a thin layer of ice atop a deep ocean of chaos and darkness. Yet, here we are in this mad era of solitude, on the verge of putting cellphone displays on our car windshields.

Psychological Science reports that several companies are already investing vast sums into graphics that would project your phone’s messages, weather, and collision warnings onto your windshield, Terminator-style. They say it will save us from distraction. Then again, a new study from the University of Toronto shows that the displays could in fact have the exact opposite effect.

Study authors Yuechuan Sun, Sijing Wu, and Ian Spence wrote in their findings that competing information streams would distract drivers, causing them to split their efforts into two tasks. Thus, neither could be performed with the same ability they would be capable of had a single one merited their full attention. The phenomena is known as “inattention blindness.” Basically: If you’re not looking for something, you won’t see it. An electronic veil of data readouts could shut out new or unexpected stimuli. Such as, I dunno, anything crossing the street.

The findings are comparable to the classic “invisible gorilla” experiment. Researchers found people who were told to pay attention to how many times a basketball was passed in a video failed to notice that halfway through the game a man in a gorilla suit had wandered through the players. For the driver, it is we who are the invisible gorillas. But even had they seen its eyes, would they discover kinship? Or simply give a blank-stare that speaks only to a half-bored interest in food?