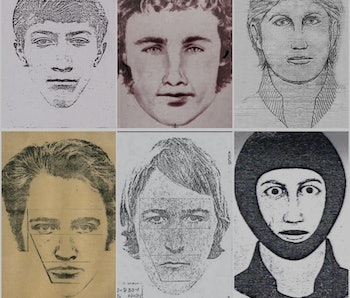 A 40-year investigation may soon be coming to a close. Joseph James DeAngelo, 72, was taken into custody and as an alleged serial killer, tied to at least a dozen murders and 50 rapes across 10 counties in California. But for decades, it wasn’t just police and victims’ families following the case; the public has long been fascinated with the Golden State Killer.

On Wednesday, DeAngelo was arrested leaving his home in Sacramento, not far from where the Golden State Killer committed his crimes. A common myth about serial killers is that they travel widely and their murders are tracked interstate, but much of what the media largely depicts of serial killers contradicts forensic data. Thanks in part to the myths and legends surrounding famed serial killers, the public continues to be fascinated with these stories.

In a study published in the Journal of Communications, Dr. Bridget Rubenking, Associate Professor at the University of Central Florida, and Dr. Annie Lang, Distinguished Professor at Indiana University, measured the physiological changes of participants as they watched TV shows and other videos that portrayed disgust, including the kind people feel while watching documentaries about serial killers. Disgust was categorized as either death, gore, or sociomoral. The researchers found that when it came to death and gore, such as serial killer stories, the initial reaction was negative but also sparked the strongest physiological indication of “arousal.”

But it’s not just the gory aspects of serial murders that pique such public interest. The relative rarity of serial murder cases — accounting for less than 1 percent of all murders committed in the U.S. — adds to the mystery of these cases, often magnified by media storytelling and hyperbole.

“The image of the evil genius serial killer is mostly a Hollywood invention,” criminologist Scott Bonn explains in Scientific American. In his book, Why We Love Serial Killers: The Curious Appeal of the World’s Most Savage Murderers, he highlights the myths that often drive public obsession with serial killers, such as them being all men or intelligent, dysfunctional loners. “Real serial killers generally do not possess unique or exceptional intellectual skills.”

If DeAngelo is, in fact, the Golden State Killer, he will be parting with many of the misleading tropes the media assigns serial killers that make them sound more interesting. Rather than being a loner, DeAngelo, an ex-cop, was previously married, and carried on relationships with his neighbors in Sacramento, albeit strained and unusual at times.

“Real-life serial killers are not the isolated monsters of fiction and, frequently, they do not appear to be strange or stand out from the public in any meaningful way,” Bonn says.

Still, the media’s obsession with serial killers persists, and it may relate to the variation in sociomoral disgust in Rubenking and Lang’s research. Whereas most murders are motivated by jealousy, greed, fear, or another factor that can sometimes illicit sympathy from the public, serial killers sometimes just do it because they can.

“Regardless of the motive, serial murderers commit their crimes because they want to,” the FBI states it a behavioral analysis published by the agency. Beyond the standard death and gore narratives, this unique breaking from convention creates public intrigue.

This public obsession with serial killers can often help in demanding more from investigations. Michelle McNamara’s I’ll Be Gone in the Dark retells the late author’s search for finding the Golden State Killer, while the HLN series Unmasking a Killer retraces the murderers’ steps in an attempt to revisit the unsolved case. While many serial killer retellings relying on Hollywood invention and hyperbole, their presence in the general discourse is often when helps shed light the case.

More like this
Science
Feb. 1, 2023
‘Golden Boy’ mummy CT scans reveal 2,300-year-old burial traditions
By Robin Bea
Science
Feb. 4, 2023
An Upcoming Mission to the Dark Side of the Moon Could Radically Reshape Astronomy
By PAUL M. SUTTER and Universe Today
Science
22 hours ago
The Milky Way Galaxy May Be a Unique Heavyweight in One Weird Way
By Evan Gough and Universe Today
LEARN SOMETHING NEW EVERY DAY.
Share: