The internet cannot seem to get enough of Mason Ramsey, the 11-year-old yodeler whose cover of Hank Williams’ “Lovesick Blues” — performed inside a Walmart — granted him a measure of viral fame. The attention has resulted in a concert where it all started: A Walmart rep tells Inverse that he “will be returning to his hometown Walmart store in Harrisburg, Illinois, where he was first discovered” for a concert set for Wednesday.

Ramsey’s viral performance in the hardware aisle of his local Walmart wasn’t his first, though: A Walmart spokesperson tells Inverse that its Harrisburg, Illinois store has known Ramsey for a while: “he’s performed in the aisles many times,” they tell Inverse.

As for the viral fame? “We absolutely love it!” the spokesperson says. “We have amazing customers with incredible stories, and we love that the world gets to see who they are.” Asked about the celebrity endorsement from Stranger Things star Millie Bobby Brown, the spokesperson tells Inverse: “We love all of the fun and creativity people are having. It’s obvious the internet has really taken to him.” 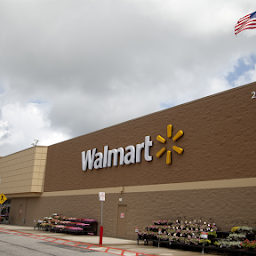 Perhaps most viral of the memes of Ramsey’s video was an EDM remix, which surfaced shortly after his Walmart clip went viral. The company confirmed to Inverse that it had, like the rest of us, caught wind of the remix.

Though he’s performed on the stages of well-known country stars — Kenny Rogers not the least among them — it was Ramsey’s viral video that landed him a proper concert of his very own. Ramsey is set to perform two or three of his favorite songs during what the company calls “his first live concert.”

The concert will be streamed live on Walmart’s Facebook and Twitter pages at 5 p.m. Eastern on Thursday.