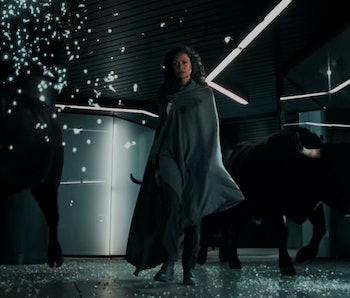 They say all is fair in love and spoilers. At least when it comes to Spoilers and speculation and the fandom of popular films and television shows. This is especially true on Reddit where people hunt for the smallest detail that becomes a spoiler and dissect fan theories indefinitely. Now, it seems the creators Westworld are going no speculation and all spoiler for the upcoming second season. That is if you believe their Reddit post.

On Monday, Westworld Co-Creator Jonathan Nolan took to Reddit to post that he, along with Lisa Joy, would post a video on the site detailing the entire Season 2 plot.

Nolan, who is a self-proclaimed member of the reddit community, explained that the relationship between the online community watching a show and those who make them is different in the current climate. The speculations that make their way to websites and blogs turn out to be spoilers, so this video would be in an effort to ensure spoilers are protected by the online community because of, well apparently, trust.

While it would be an unprecedented move, it does seem unlike that a highly anticipated series would put all its secrets out there. The internet is where the smallest spoilers turn into a huge theory with substantial coverage. Armed with facts, the plot details would make their way across the internet in record time.

The second season of the hit HBO series will take the action to Shogun World. With the hosts conquering Westworld in Season 1, they are taking the action to sister park Shogun World, which is made to look like medieval Japan.

All we can do is speculate and wait. Or get voting to see what Nolan and HBO actually have planned.