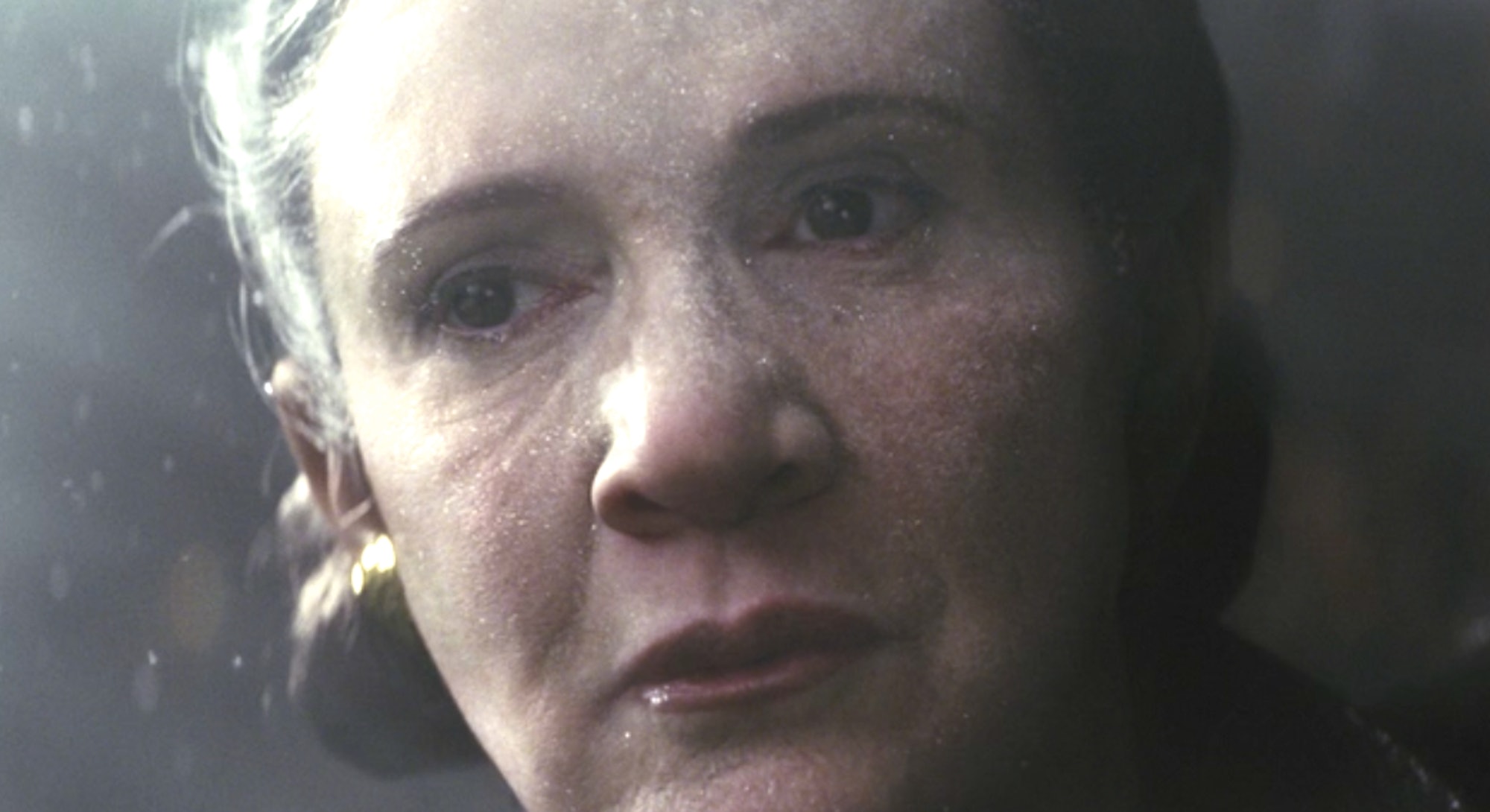 In the Black Mirror season 4 episode “USS Callister” a manipulative video game developer makes digital clones of his co-workers only to play out his fantasies and abuse them. In its most nascent form, the technology to digitally recreate someone in a computer already exists, but with less sinister use-cases.

Star Wars: The Last Jedi was released on Blu-ray on March 29 and on digital download on March 13, allowing fans to finally freeze-frame their favorite moments. But what are they seeing when they hit pause? Because digital versions of characters are sometimes combined with the real actors — the late Peter Cushing’s visage was digitally combined with Guy Henry for Rogue One — you may not be able to tell what’s real and what’s not.

When asked if there was a secret archive of digital clones kept by Lucasfilm, Last Jedi VFX supervisor Ben Morris answers in the affirmative.

“We will always [digitally] scan all the lead actors in the film,” Morris tells Inverse. “We don’t know if we’re going to need them. We don’t intentionally scan them as an archive process. It’s for reference later.”

“As she’s sucked out, she’s a digital Leia. As we pull in closer, that’s all Carrie.” — Ben Morris, VFX Director on Star Wars: The Last Jedi.

The digital replacement is often needed in the post-production editing of a Star Wars movie. The latest example is in The Last Jedi, when Leia majestically flies through space, thanks to a combination of practical and digital effects.

Last Jedi digital animator Stephen Alpin explains how this went down: Filming that scene entirely in-camera would have been “cost-prohibitive,” he says. This statement might be the biggest understatement about digital visual effects. It’s would be just too damn expensive to shoot Carrie Fisher in the actual vacuum of space. And don’t even think about practical effects.

This idea of “matching” an actor’s actual performance with digital effects is where the digital copies come into play. “We had Rian [Johnson’s] shot of Carrie doing the scene. That was for us to be able to add some of the idea that she’s freezing over, as she’s in that vacuum of space, meant that we had to do CG work and re-project her onto a CG version of the character. We kept her performance pretty much intact and were matching, where needed, with any animation stuff. It was pretty much all Carrie.”

Morris elaborates, saying that the sequence where Leia is blown out into space was “shot in three layers…we had to be very careful with Carrie. We didn’t want to get any of the pyrotechnics near her. So we shot it in multiple passes, and added a lot of digital stuff on top. As she’s sucked out, she’s a digital Leia. As we pull in closer, that’s all Carrie. And flying back through the detritus, that was a mixture. We didn’t put Carrie on wires. We did use stunt people as a reference for [digital] replacements later.”

“The thing is we have fast machines. The technology is faster, but what that means is that we can spend a little bit more time really working on the details and the minutiae.” — Stephen Alpin, head digital animator on Star Wars: The Last Jedi

To be clear, digital people aren’t created from scratch inside the computer. In the case of Flying Space Leia, Carrie Fisher’s digital clone is merged with both her real self, plus stunt workers on wires. All of this creates the most ideal, and realistic version of a scene which could never happen in reality. It may sound ghoulish, but this same process was used in microcosm to create the young versions of Carrie Fisher and Peter Cushing for Rogue One back in 2016. Actress Ingvild Deila played Leia’s body in that film, a role she said was “the smallest role I ever had in terms of acting.” Delia also said that in order to create the famous Leia hair buns, that “a big chunk” of hair was added to her own. Meaning, at this stage, if you wanted to imagine a bunch of living digital Star Wars clones running around in a computer, most of them are probably bald.

Things like hair and complicated skin aren’t limited by digital technology per se. Alpin — who has been working on Star Wars movie since the prequels — points out that digital animation technology hasn’t changed all that much since 2005’s Star Wars Episode III: Revenge of the Sith. The thing that has changed is the speed of computers.

“I wish there was something that was drastically different,” Aplin says. “The thing is we have fast machines. The technology is faster, but what that means is that we can spend a little bit more time really working on the details and the minutiae.”

That minutia translates to making organic things, like skin and hair, look a little more realistic. The reason why it’s possible to create Supreme Leader Snoke for The Last Jedi is all down to the faster processing speed of computers in 2017, as opposed to their slower counterparts in 2005. “For something like Snoke, getting as close as we did on this film to a CG character, that wouldn’t have been possible so long ago. Animation wise, you wouldn’t have even thought about doing micro-expressions perhaps on a character, on a CG character…That’s the key difference, with that speed, you get thrown more things in there.”

In 1999, speaking to the Academy of Achievement, Star Wars creator George Lucas presciently said: “Digital technology allows us a much larger scope to tell stories that were pretty much the grounds of the literary media.” But what did Lucas mean? In a short story or a novel, you can literary resurrect anyone you want. George Saunders can have Abraham Lincoln’s ghost in his 2017 novel Lincoln in the Bardo, the same way Ray Bradbury can have Edgar Allan Poe strutting around the surface of Mars in the 1950 short story “The Exiles.” But, if Lucasfilm had been around to digital scan Lincoln or Poe, it seems like those guys could become movie characters, too.

But who from Star Wars is getting digitally archived for this ad hoc Lucasfilm database? Morris says it’s everything and everyone including the aliens.

“It’s the young actors, the old actors,” he says. “All the actors.”

Will the year 2100 allow Lucasfilm to digitally resurrect a young Daisy Ridley for some insane future version of Star Wars? Right now, if computers keep getting faster, there doesn’t seem to be any reason to believe this wouldn’t happen. After all, the digital groundwork has already been laid. - Star Wars: The Last Jedi is out on Blu-ray and digital download now.