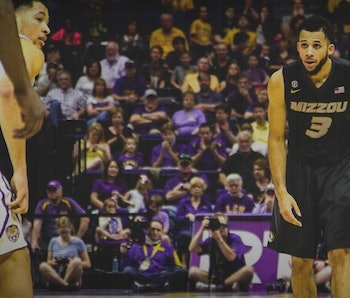 The eighth-seeded Missouri Tigers have managed to survive the season-opening loss of potential NBA lottery pick Michael Porter Jr., and the star forward’s return gives them a shot to exceed expectations in March Madness.

But to do that, first they have to get past a ninth-seeded Florida State Seminoles squad with some big victories over Atlantic Coast Conference heavyweights like North Carolina, Miami, and Clemson. A hive mind of fans predicts just who will emerge victorious in this tight matchup.

The hive mind has predicted another upset, this time favoring Florida St. over higher-seeded Missouri with low confidence. This selection was made with 76 percent of the swarm’s brainpower making it likely that the Seminoles will walk away with the win.

The game tips off Friday at 9:50 p.m. Eastern in Nashville, Tennessee on TBS.