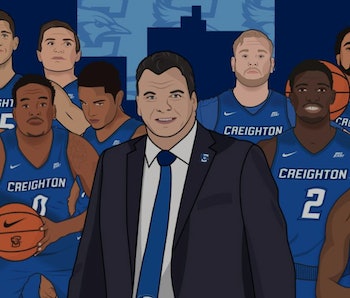 Two of the more evenly matched squads in the NCAA tournament face off when the 8-seeded Creighton Bluejays take on the 9-seeded Kansas State Wildcats.

In all likelihood, the key to this game will be whether Kansas State forward Dean Wade and guard Barry Brown can be healthy in time for the game. Wade in particular could prove essential to Kansas State’s chances, given the size advantage he can give against a Creighton squad that struggles against bigger players. A hive mind of fans predicts the winner of the game.

The hive mind predicts with low confidence that Creighton will walk away the victor. The A.I. is giving an edge to Creighton with 82 percent of its brainpower, but Kansas State still has a decent shot of pulling it out.

The game tips off on Friday at 6:50 p.m. Eastern in Charlotte, North Carolina on TNT.