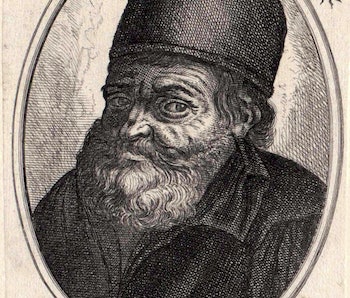 No need to fire up the Floo Network as you can now visit a magical Harry Potter exhibit right from the confines of your home. Celebrating 20 years since J.K. Rowling’s Harry Potter and the Sorcerer’s Stone hit bookstores, Google has partnered with the British Library to bring their popular exhibit, Harry Potter: A History of Magic, into the digital sphere.

Last year, the British Library in London unveiled the Harry Potter-themed exhibit, allowing you to travel back to when sorcery and folklore began. The exhibit includes not only rare art and manuscripts, like the Ripley Scroll — a 15th-century document that details how to create the Philosopher’s Stone — but also artifacts rooted in traditional magic.

Following the success of matching your selfie to a famous piece of artwork, the Google Arts & Culture app has launched their own virtual edition of the exhibit while also revealing that the Harry Potter character Nicolas Flamel, the only known maker of the Philosopher’s Stone (also known as the Sorcerer’s Stone), is actually not so fictional after all.

In addition to artist Jim Kay’s sketches from the illustrated edition of the series, to Rowling’s handwritten drawing of Hogwarts, there’s also an entire collection dedicated to Flamel’s study of alchemy. The exhibit features a 360 degree view of the alchemy room interior, as well as close-up images of centuries-old alchemical manuscripts.

Who Was Nicolas Flamel?

A wealthy landlord, the real-life Nicolas Flamel lived in medieval France with his wife, Perenelle, where he worked as a bookseller. While his exact date of birth is unknown, he was most likely born around 1340 in a town just outside of Paris. In the Sorcerer’s Stone, the fictional Flammel is 665 years old and is supposed to have created the legendary stone — the very object Lord Voldemort is after in order to regain his physical form.

Similar to Rowling’s iteration, Flamel was a known alchemist throughout France. According to Pottermore, a stranger confronted him in his bookshop with an ancient script on alchemy, The Book of Abraham the Jew. Flamel recognized the manuscript from an earlier dream he had, where an angel visited him in his sleep holding a book and saying to him: “One day you will see in it that which no other man will be able to see.” This was widely believed to be instructions for the “Elixir of Life,” the alchemical substance otherwise known as the Philosopher’s Stone.

Flamel and his wife would then spend the rest of the next 21 years attempting to decode the mysterious book, even traveling all the way to Spain to have the manuscript translated by a Jewish scholar, who recognized the text as Kabbalah, a mystical school of thought in ancient Jewish tradition.

Flamel and his wife were able to eventually translate the rest of the manuscript, making it his life’s mission to create the Philosopher’s Stone. According to the belief among alchemists, the stone has “astonishing powers” capable of turning ordinary medal into silver or gold. Once the stone is fully formed, it serves as an elixir of life, granting youth, healing powers, and everlasting life to anyone in possession of it. Allegedly, Flamel did manage to turn lead into gold, thus creating the stone and achieving immortality. While there is no substantial proof he successfully completed this transformation, he did donate the majority of his money to charity shortly after, leading many to believe he was successful.

Flamel died in 1418, though some are convinced he cheated death with the Elixir — there’s that whole empty coffin rumor — and is still roaming the streets of Paris today.

More like this
Science
6.30.2022 10:30 AM
Look: 10 jaw-dropping images reveal nature running wild in cities
By Jennifer Walter
Mind and Body
6.23.2022 1:15 PM
7 trippy optical illusions that reveal how your brain perceives reality
By Jennifer Walter
Culture
7.1.2022 9:00 PM
Male celibacy has evolutionary benefits — but not for the reasons you think
By Ruth Mace, Alberto Micheletti and The Conversation
Related Tags
Share: