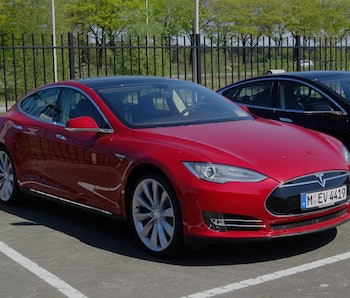 Tesla is about to give its Autopilot semi-autonomous driving mode a big boost. The company is planning a software update to improve the neural net capabilities, part of its long-term plan to bring full autonomous driving to the vehicles at a later date.

Electrek reported on Friday that while the new Autopilot update only adds one new feature, the ability to display adjacent vehicles on the dashboard, it seems the biggest changes will come from impprovements to the underlying artificial intelligence. When Autosteer is engaged, the car swerves less and provides a smoother driving experience.

It seems like small changes, considering how Autopilot can only drive in limited circumstances and does not follow directions to a destination. However, Tesla has been upfront about its plan to use its development work on Autopilot and apply it to a wider autonomous driving solution. Every Tesla shipping since October 2016 comes equipped with what Tesla claims to be the necessary sensors to enable autonomous driving, with the feature enabled through a software update or possibly a change of internal computer.

Full autonomous driving has had some teething problems. Initially scheduled for a 2017 launch with the promise of “coast-to-coast driving,” CEO Elon Musk admitted in the company’s February earnings call that he “missed the mark on that front.”

Tesla has clashed with autonomous car experts on Autopilot’s development before. While most companies are opting for a solution that includes a lidar sensor, Musk has been adamant that cameras, radar and ultrasonic sensors are enough to direct a vehicle.

When Tesla switched to the basis of its forthcoming feature in 2016, it parted ways with long-time partner Mobileye and started including its own software powered by the Nvidia Drive PX 2. Unfortunately, this meant that while newer cars could drive autonomously in the future, they initially lacked some of the semi-autonomous features found on older vehicles. With the A.I. upgrades planned for Autopilot 2.0, Tesla’s newer vehicles may pull away from its predecessors into the future.