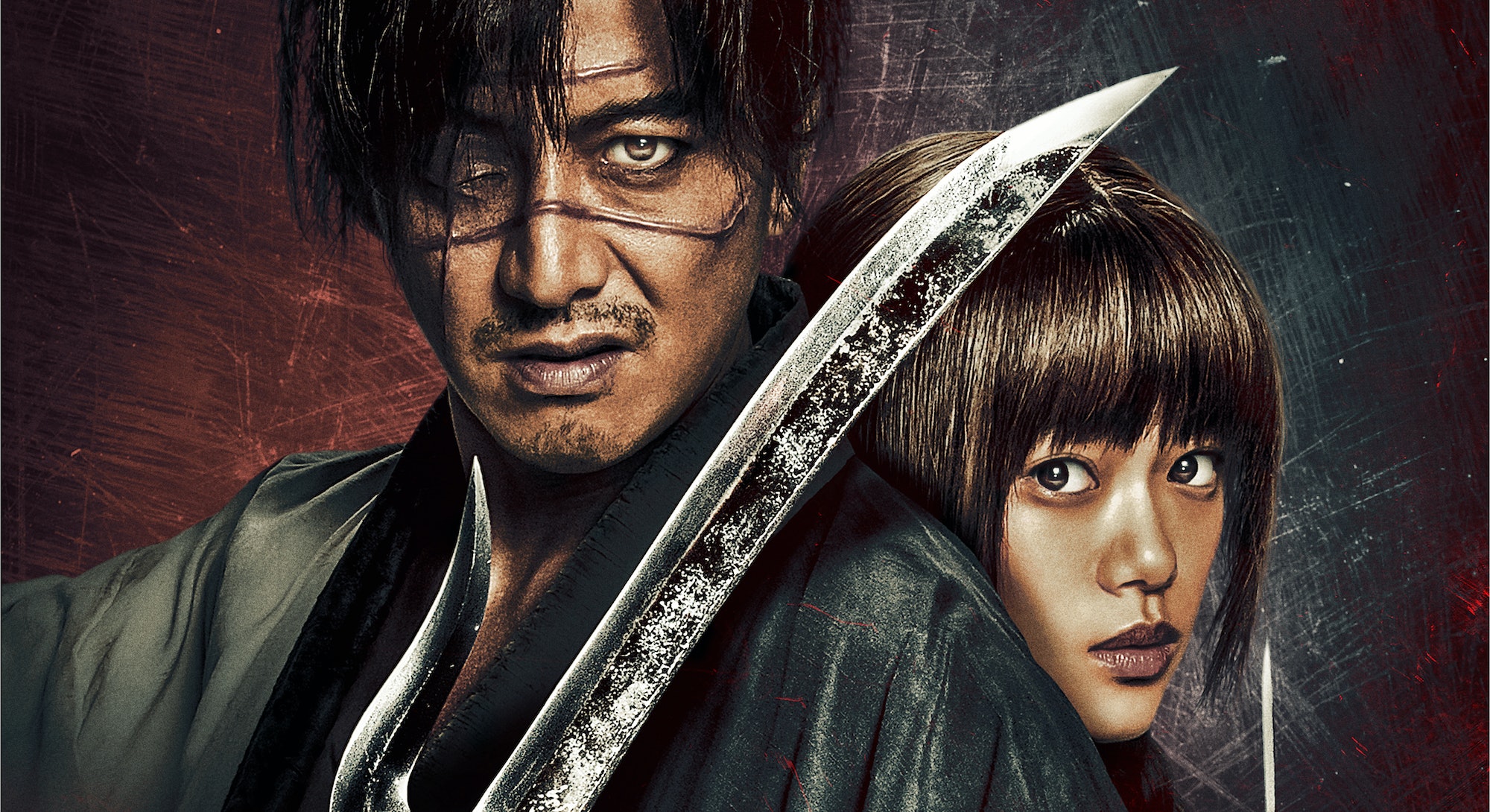 Takashi Miike knew he was mortal when he broke his leg.

On May 4, Miike’s Laplace’s Witch will be released in Japan. But on the set of his previous film, the 2017 movie Blade of the Immortal — his 100th directorial feature, out now on Blu-ray and DVD — the Japanese auteur of body horror learned first-hand how delicate humans actually are.

“I was doing a test on a slope, thinking, ‘Can the actors stand here?’ I thought it’ll be fine,” Miike recalls to Inverse. “I was standing there, arms folded. Suddenly, a pop. And my leg broke.”

In making Blade of the Immortal, an adaptation of the manga series from Hiroaki Samura about an undying samurai who yearns for the sweet release of death, Miike understood his own movie better after his injury. “Pain is one of the main themes of the movie. It was this weird moment where I thought how bizarre it is to be human. We’re so fragile.”

The experience inspired Miike to start taking his career beyond Japan, into China, possibly into Hollywood. But his goal is still to make his movies, his way. And Blade of the Immortal is perhaps his greatest representation of his artistic voice.

Though he’s best known to western audiences for gory pictures like Audition, Ichi the Killer, and 13 Assassins, Miike also has wildly diverse films tucked in his long oeuvre: Zebraman, a superhero movie about a substitute teacher who wishes for a more exciting life; Ace Attorney, based on the Nintendo games; and For Love’s Sake, a musical romantic comedy.

In an interview with Inverse, Takashi Miike reveals the past and present of his career, and if Hollywood is in store for his future.

Why did you choose Blade of the Immortal as your hundredth movie?

I didn’t. I didn’t even know this was my hundredth film until someone told me at Cannes, “Isn’t this the hundredth film you made?” I said, “I guess it is.” It really wasn’t intentional.

After 100 movies, do you have plans to start directing in Hollywood?

When I was in my twenties, I had that dream. The Hollywood dream. When I became a director, I wasn’t planning for my future, thinking, “Okay after this project, I’ll do this.” I was putting everything into that project. It was the ending and beginning of everything. Then I discovered that if I made a good film, the U.S. would somehow put it into festivals. I discovered my films could have a worldwide reach even if I wasn’t there.

Projects came up in Hollywood. I would have to go physically, and with the energy it takes to go to a different country, I can make ten movies in Japan. However, I still am open to that possibility. Things may go in that direction. In fact I’m spending a third of my time in China, I’m having more requests coming from abroad. So we’ll see what happens.

If you pursue Hollywood, would you be open to directing a Marvel movie?

I feel motivated by those. Those films can only be made because of the resources in Hollywood. It’s impressive how much technology has progressed with the Hollywood industry. There are people working with me, they have that dream to be involved in a Marvel film — you make one, your whole life changes. I can’t deny there’s this dream behind that, this ambition. I can’t deny that is very attractive.

You’ve earned a reputation for gruesome violence. After a hundred movies, do you see yourself toning it down?

Are there any films in your filmography you wished western audiences knew about more?

Visitor Q. It was as low budget as you can get: We went to a Walmart and got a video camera and basic gear. We got university students. The interesting thing with the United States, there’s this support for indie films. And that leads to change in the industry. You think, “Oh, I can make a film.” The film world is narrow, it’s closed, but if we open it up even more, there will be more interesting films. The more interesting people meet and have these unique ideas, the more movies can be created. Visitor Q is a symbol how that can happen.

You’re currently making Laplace’s Witch. What is it about, and how different is it from Blade of the Immortal?

It’s a mystery. There’s a crime, and in the process of trying to find out who committed the crime, pursuing the criminal, and trying to find motives, your whole perspective flips. It makes a complete 180 when you find the real reason the crime happened. At the beginning of the film, you know who done it, but you don’t know why. It’s a totally different film than I’ve done before.

Talk to me about your injury again. After you broke your leg, what did you learn about yourself, or even just about making movies?

It’s all about motivation. We finished filming that day, and my leg didn’t impact our schedule. If you really want something, you’re gonna be able to do it. If it was the cameraman or the actors, we’d have to stop filming. Directors, fine. Honestly I think that’s one of the reasons anyone could be a director, if a guy with a broken leg can be a director than anyone can be a director.

Blade of the Immortal is available now on Blu-ray and DVD.