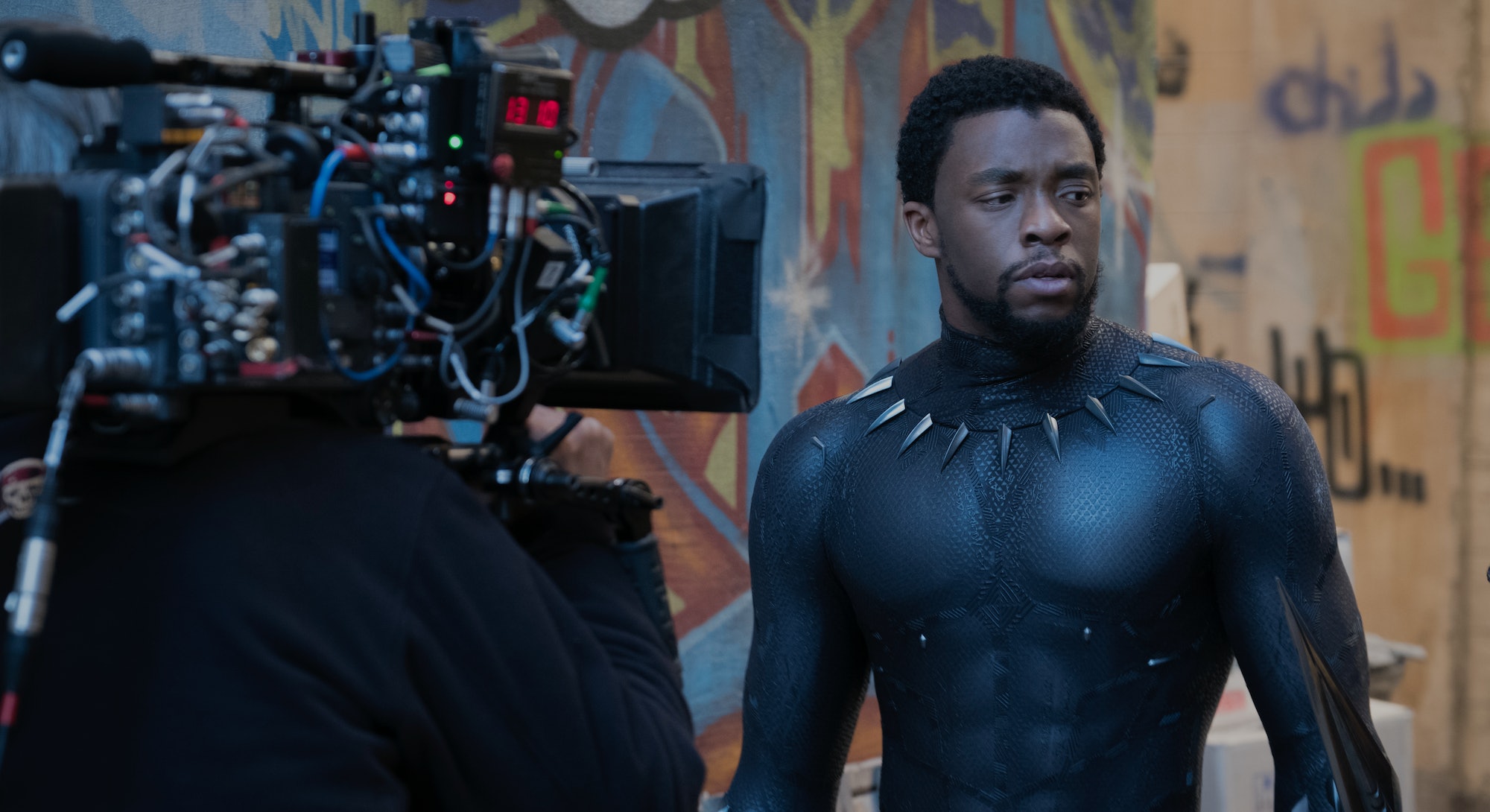 The highly anticipated Black Panther film broke box office records in its opening weekend, and one of the earliest cultural ripple effects is T’Challa’s necklace, an afrofuturistic adornment studded with hanging fangs.

The feature seems like it could become as iconic as Superman’s “S” for a new generation of comic book fans: It’s featured on the album cover to the soundtrack by Kendrick Lamar, cosplay outlets on the internet are already selling replicas, and it’s easily the most distinct feature on the cuddly teddy bear from Build-a-Bear.

Yet, costume designer Ruth Carter didn’t know any superheroes prior to her work on Black Panther. She couldn’t reinvent the superhero wheel, because she didn’t know about any such wheel — which is probably why her version of the Black Panther feels fresh. Correlatively, the history of T’Challa’s necklace and costume is a story about innovation and a rejection of cliches, making Carter part of a proud tradition.

“I was not a superhero follower,” Carter tells Inverse. “I didn’t know what the cliches were.” Better known for costuming films like Do the Right Thing, Malcolm X, and Selma, Carter was unfamiliar to costumed crime fighters before Black Panther, and depended on Marvel producers to cue her on specifics.

Still, with one accessory, the tooth necklace, Carter forged a new piece of superhero iconography that will be unmistakable after Black Panther exits theaters and hits streaming services and Blu-ray.

As important as it is in the movie, the necklace wasn’t always part of Black Panther’s history in the comics. When Jack Kirby and Stan Lee introduced Panther in Fantastic Four #52 in 1966, T’Challa wore just a black, literal catsuit. This was T’Challa’s look for years, even through Don McGregor’s acclaimed run writing Erik Killmonger’s war against T’Challa in Jungle Action in 1974.

In 1998, T’Challa re-emerged in a new series by Christopher Priest, with the first four issues drawn by Mark Texeira. Though T’Challa still wore an all-black costume, Texeira added gold accessories that enabled Panther to pop off the page. Later, Sal Velluto upgraded Texeira’s brooch into a thick, Egyptian-inspired necklace. Several more redesigns followed, including ones that removed the gold colorways, until 2013, when artist Steve Epting came up with a look in Jonathan Hickman’s New Avengers that is now the primary basis for the Black Panther on the big screen.

Epting set the visual tone for how the Black Panther’s costume channels Afrofuturism — science-fiction through the lens of African diaspora. The necklace’s sharp, toothy silver shine kept Black Panther with one foot in traditional comics and the other in a chrome-covered future.

“It was important his suit have some distinguishing signature to it.”

Carter credits the director, 31-year-old Ryan Coogler, on making the necklace so prominent.

“Ryan was very specific about certain things and the necklace was one of them,” she tells Inverse. “He wanted the necklace to feel like a real tooth necklace, and not just this mechanical thing that was part of the suit. We made it sleeker and slimmer.”

Coogler and Carter also wanted the essence of the character to translate into T’Challa’s everyday wear, an overlooked aspect of a movie superhero. A hero should seem like they could stand in line with you at Starbucks, but still possess an iconic aesthetic. Think Indiana Jones and his fedora, or Luke Skywalker and his Jedi robes: Even in silhouette, you know who they are. As such, Carter made the toothed necklace wearable for T’Challa even when he’s not on superhero duty.

“We made one he could wear with his other clothes, so the ‘Panther’ idea would translate. He could touch it and the nanotech would take over and create the suit.”

Simultaneously, the necklace is the Panther’s superhero crest, but it still sets him apart from other dark crusaders like Batman. “The tooth necklace, the black shape, that was important,” Carter says. “It was important his suit have some distinguishing signature to it, and not just some slick areas with simple lines.”

Fortunately, or unfortunately (if you’re a hardcore comics fan), Carter didn’t outfit Panther with one other major superhero cliche: His cape, a popular accessory he’s had in the comics. “I think Ryan Coogler toyed with the idea but he didn’t like it,” Carter recalls. “It was brought up many times, and he kept saying no. But I did give Shuri a cape. Someone had to have a cape.”

“I think in black filmmaking we have been tapping on it, never really creating an aesthetic or story that was all about it,” Carter says. “We’ve been dealing with this subject in small ways. This is the first time we’ve put it together in one defining way.”

“Black Panther is a cool idea. A daring idea.”

The promise of the film is engraved on the necklace itself. Like how Superman’s diamond “S” made moviegoers believe a man could fly, Black Panther’s necklace can make people believe they’re as important as royalty.

In an interview with the Los Angeles Times, Douriean Fletcher, who worked with Carter craftingthe film’s jewelries and armaments, said there is Wakandan script enraved on all the pieces. “I’m using it so much and in everything to create pieces that have a deeper meaning.” In the claw necklace, it says, “Wakanda forever.”

Carter feared that these ideas may have “been slipping out of our hands,” but she argues that the way Black Panther reimagines it again is important.

“It’s a political statement. People need to escape, they need a fantasy, they need a place they could feel protected.

“Black Panther is a cool idea. A daring idea.”

Black Panther is in theaters now.