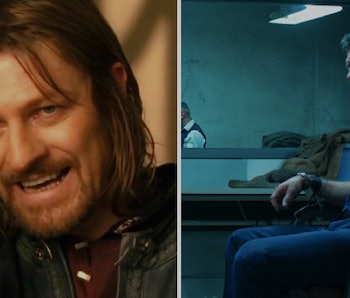 Fans of Andy Serkis need to prepare themselves for a shock. He may rapidly be turning into the next Sean Bean. Counting Black Panther, Serkis is now developing a pattern for his roles in big blockbuster films, one which was pioneered by his fellow Lord of the Rings actor, Sean Bean. Can but can Serkis avoid the Bean curse?

Spoilers ahead for Black Panther, War for the Planet of the Apes, and *Star Wars: The Last Jedi.

In Black Panther, Serkis’s villainous arms dealer — Ulysses Klaue — is shot dead by Killmonger about midway through the movie. This mirrors the surprising death of Supreme Leader Snoke in The Last Jedi, insofar as Klaue is teased as the big bad of Black Panther, only to be taken out of the action fairly quickly.

Serkis is famous for playing motion-capture characters, from Gollum in Lord of the Rings to Ceasar in the Planet of the Apes movies. But now, after three movies in a row, he might be more famous for those characters dying.

With the death of Klaue in Black Panther Serkis is on a character-death streak. Ceasar dies in the last scene of War for the Planet of the Apes, watching a sunset kind of like Luke in the The Last Jedi. Then Snoke got chumped by Kylo Ren, and now, Klaue. Obviously, it will take several more movies for him to catch up with Sean Bean, but still. Something seems to be happening in the zeitgeist.

Starting with 1995’s Goldeneye movie fans started to notice that Sean Bean died in nearly every single film he’d been in. (There are a few movies before this in which he also died, but this started to be where the pattern emerged.)

Naturally, Lord of the Rings: The Fellowship of the Ring is the most famous Bean-death, but there are smaller genre movies like Equilibrium where he dies, too. As of 2015, Bean’s characters had died in 19 his movies, though shockingly, he lived in Jupiter Ascending. Conversely, If we count Gollum in Lord of the Rings: The Return of the King, Serkis’s characters have died in four big sci-fi fantasy movies, which is hardly the same kind of personal body-count Bean has accrued. But still, Ceaser, Snoke and Klaue all back to back is suspicious.

Sean Bean better watch out, because if Andy Serkis keeps this going, he’s about to steal that death crown in about ten more movies or so.

Black Panther is out now in wide release.