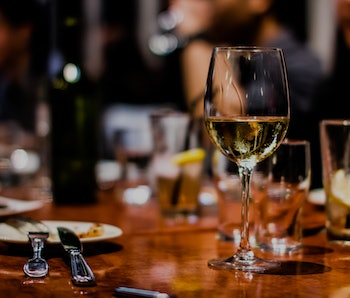 A drug that helps people manage the symptoms of Alzheimer’s disease might also be able to help treat a very different kind of brain damage.

Researchers at Duke University and at the Charleston Alcohol Research Center in South Carolina found that donepezil, which can relieve dementia symptoms for some Alzheimer’s patients, repaired cognitive impairment in adult rats that had been exposed to heavy alcohol use in their youth.

As the team details in this week’s Alcoholism: Clinical and Experimental Research, they wanted to investigate whether the drug’s previously observed ability to prevent damage to the structure of the brain might also translate to reversing the effects of alcoholism. While these results obviously only apply to rats, what they found looks very promising.

There were a few specific parts of the brain that the team focused on. Alcoholism can damage the density of our neurons’ dendritic spines, each of which is needed to receive input from specific axons on our synapses. It also increases the expression of the Fmr1 gene, which increases cognitive impairment within the hippocampus.

The rats in the study began receiving a 16-day treatment of ethanol when they were 30 days old. After 20 more days, the rats received four daily doses of donepezil before being dissected.

The researchers discovered the predicted damage in the dendritic spines, and the hippocampus had indeed taken place, confirming the structural side of the behavioral changes observed in those exposed to high levels of alcohol. More excitingly, the team also found that the donepezil treatments had indeed subsequently reversed all that damage.

Again, this study was on rats, not humans, so it’s an open question whether donepezil could have the same effect on humans who drank heavily as teens, and there are major ethical issues with setting up a human study to rigorously test that question. However, there’s at least some anecdotal evidence already that the drug could work in this way.

A 2004 paper in the journal Pharmacotherapy describes the case report of a 75-year-old man who had dealt with alcoholism for 40 years. He was given donepezil.

“The patient had no family history of Alzheimer’s disease, no history of head injury, and single-photon emission computed tomography showed no typical findings of Alzheimer’s disease,” the paper writes, pointing out that the drug shouldn’t have any effect if it only helps Alzheimer’s-related symptoms. “His cognitive function was impaired. He was treated with donepezil for alcohol-related dementia, and 3 months later his cognitive function had improved.”

Donepezil can’t cure Alzheimer’s disease itself or even slow its progression. It can simply treat existing symptoms and potentially repair some of the damage, even as the disease continues to advance. But in the absence of a chronic, incurable disease — say, in the cases of individuals whose brain damage is instead the result of earlier alcohol abuse — it could prove an even more powerful treatment in terms of what it can do for people.

One case report and one study with rats aren’t even remotely enough to declare donepezil a miracle cure for alcoholism, but they suggest the broadest outlines of a picture, and it’s a seriously intriguing one.