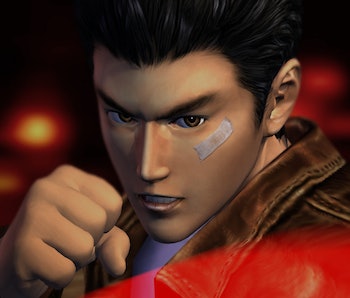 The devotion to Shenmue III may have turned sour. The game was funded in record time by a Kickstarter drive and is now on track for release in 2017. But Yu Suzuki’s cooperation with the multi-billion dollar tech giant Sony raised eyebrows: Just who was paying for what? Where would the money be going? It’s not uncommon for producers to use Kickstarter to gauge interest over an actual fundraiser, but it’s not taken too kindly either.

Director Yu Suzuki has clarified exactly Sony’s role with an update on the Kickstarter page. “[Y]our funds are going strictly to Ys Net for development of Shenmue 3,” wrote Suzuki. “Sony and Shibuya Productions are not seeing a cent of your Kickstarter dollars.” For some, this is too little, too late. But it shouldn’t have mattered in the first place, because we’re finally getting Shenmue III.

Why do people reject the idea of using Kickstarter to prove a market exists? As poignant and artistic as Shenmue is or was, it’s still a product burdened by capitalism. Shenmue and Shenmue II were financial failures; Shenmue alone cost $70 million in 2015 dollars to produce, and this was when video games were perceived mostly as expensive toys. So why expect anyone to take up the bill for a third game without knowing the demand exists?

Not everything follows the Field of Dreams model. That’s what the Kickstarter answered: If you build it, then what? Twelve hours after the campaign went live, they knew the answer.

The dream is real.

It’s difficult to properly illustrate the agony the last 14 years have been since gamers finished Shenmue II, their mouths agape as the credits rolled.

“Imagine if LOST got canceled after Season 2, and you’ll know what fans of Shenmue felt,” wrote user Feathertop on Imgur. Shortly after the announcement of Shenmue III, Feathertop posted a sort of Shenmue 101 essay introducing to the unfamiliar the significance of the franchise. “The mysteries propelling Shenmue’s plot were so captivating, that fans refused to give up on answers. People went so far as to decrypt the files hiding on the Dreamcast disks to discover deleted lines of dialogue and programmer’s notes hinting at what they were preparing for the sequels.” Gamers wanted Shenmue III. It was the dream.

This excitement and the pure joy on Michael Huber’s face is infectious. I’ve showed this video to friends who never even played Shenmue, and they love this. It is literally watching a dream come true.

So why are gamers quick to shit on them? It’s a gigantic stretch, but this backlash vaguely reminds me of GamerGate. Gamers have long dreamed of video games to be taken seriously, as art. Art is subject to all sorts of criticism, and when critics like Anita Sarkeesian took video games to task, a group of man-baby gamers seethed with rage, to put it at its mildest. They want the prestige of art without the burdens that come with it.

Shenmue III is funded. Anti-backers can kick their keyboards all they want; the game is going into production. But they might claim a small victory. After the Kickstarter was funded in less than a day for the $2 million goal, funding slowed. The Kickstarter sits at a little over $3.6 million, shy of its $4 million goal. For a Kickstarter that broke Kickstarter, this is a stunning stomp on the brakes.

Furthermore, Yu Suzuki has said that raising $10 million would make Shenmue III the kind of game he really dreams of. The $10 million stretch isn’t on the Kickstarter, but is Suzuki getting greedy? Or has he withheld information to temper expectations?

If you don’t want to play the game or have no interest, then don’t pledge. But if you ached when Shenmue II ended, and clung on to every day with some vague hope that the adventure can continue after a decade and a half, why all of a sudden would you not want to make it a reality? Enjoy the moment — your dreams are coming true.

More like this
Gaming
17 hours ago
You need to play the most hardcore sci-fi platformer ASAP
By David Grossman
Gaming
Jan. 28, 2023
James Bond’s greatest game ever just hit Game Pass and Switch
By Mo Mozuch
Gaming
Jan. 28, 2023
How to complete all the Velvet Room requests in Persona 3 Portable
By Willa Rowe
LEARN SOMETHING NEW EVERY DAY.
Related Tags
Share: