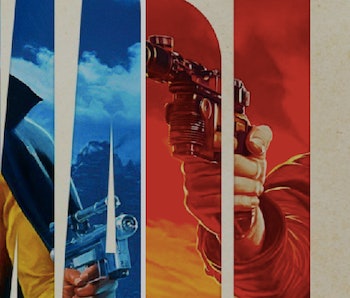 Han Solo said he and Lando Calrissian went “way back” in The Empire Strikes Back, and now in Solo: A Star Wars Story, we’ll find out what he meant. But, don’t expect Lando to be just another version of Han. The new Lando actor — the polymath actor and musician Donald Glover — says the two aren’t really that similar. Specifically, Lando is more interested in playing the system than beating it.

“Lando likes rules because he’s somebody who is in a position to benefit from rules,” Glover said in an Entertainment Weekly interview published on Thursday. “He’s smart enough to figure out a way to like get out of things, like loopholes, And I think Han is more of a rule breaker and he can kind of get away with it.”

Glover also commented on the fact that Lando is tidier than Han Solo in almost every way. “He’s a very particular person with particular tastes and he likes the comforts of life…his clothing is another spice of life. He takes pride in the clothing. It makes things easier. When people see you and you’re debonair, they tend to want to give you stuff easier.”

In the original films, and various novels and comics — canon and Legends alike — Lando has always been someone trying to find an angle that could benefit him and him alone. In the old L. Neil Smith books, Lando thinks of himself as a kind of artist, and his art is being a conman.

One of Lando’s long-cons in current canon is convincing a bunch of people that he’s no good with a blaster, even though, he’s like a perfect shot. It remains to be seen if Lando will be running this con on everyone in Solo or not.