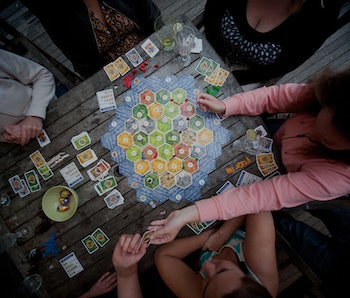 “Death of the card game” proclaimed a headline in The Telegraph earlier this week. A survey, sponsored by a program to get kids playing more chess, reported that among 1,000 kids aged 7 to 14, “children are 40 percent less likely than their own parents to play card games while the popularity of chess has almost halved within a generation.” Old Maid, The Telegraph lamented, had been dealt a mortal blow.

“Monopoly or Cluedo,” came the accompanying op-ed, “are deeply, deeply dull games that teach children nothing except billiard rooms are not be trusted.”

That may be true. What is not to be trusted, however, is the implication that board games stopped evolving after 1949 and will travel forever unchanged into the future like dinosaur coprolites. Fewer kids playing chess doesn’t mean board games have kicked the bucket. It means there are more, and better, options. Gin rummy hasn’t only been replaced by Minecraft — it’s been replaced by Settlers of Catan (18 million copies sold in 20 years) and Carcassonne (7 million copies in 15).

In 2013, board games received more funding on Kickstarter than even — hold on to your butts — video games. And board game cafes? What’s their deal?!, you might’ve asked if you’re one of the Jerry Seinfeld impressionists at The Atlantic. The deal is, well, people like to play games and drink coffee or booze — and a surge in the number of cafes dedicated to plastic and cardboard gaming reflects that sentiment.

And as far as games that are played on small rectangles of paper? For every person in The Daily Telegraph’s 500,000-strong circulation, there are 40 Magic: The Gathering players. Check and mate, mates!