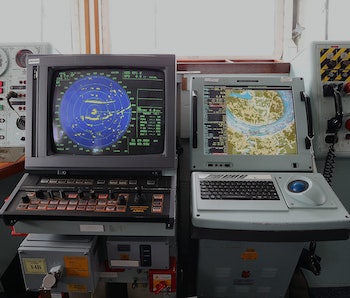 The U.S. Navy has announced a contract worth as much as $30 million for Microsoft to keep its computers running on Windows XP. Whether this is an endorsement of the 2001 operating system, or a statement on how little the military actually innovates, you have to hand it to the U.S. armed forces. No one does more to keep retro tech on life support.

You might imagine visiting a military installation would be like visiting that rich friend you had as a kid, and the house had all sorts of cool shit like a 3D printer and a holographic tutor. But it turns out it’s more like visiting that friend’s house where they still have a TV with one of those back ends that extends like three feet and you start worrying about his home life.

In the case of this recent contract, the Navy has about 100,000 workstations still running the early naughties Windows platform, saying that there’s a level of continuity they need to maintain in order to stay effective. There are plans to upgrade, but it needs to be done without weakening the Navy.

Could be worse. As recently as 2013, there was a push to save countless man hours by simply getting the Army off of Microsoft Outlook and onto Gmail. The New Republic explained how the Army’s multibillion Distributed Common Grounds System — designed to identify insurgent movement and assess danger levels — was not only hopelessly outdated but didn’t even work. The videoconferencing tool is Video Teleconferencing.

And if we want to drop both the literal and metaphorical boom, America’s nuclear missile silos are still run on massive floppy disks. The argument in favor of keeping our Cold War-era weapons on Cold War-era tech is that it’s practically impossible to hack into. Really it’s amazing those disks still work. But what tech do you own that’s built to survive a nuclear war?

More like this
Innovation
6.24.2022 5:00 AM
Beam-steering radio technology could help autonomous cars finally hit the road
By Sascha Brodsky
Innovation
6.25.2022 10:00 AM
9 veggies that are healthier cooked than raw
By Laura Brown and The Conversation
Innovation
6.21.2022 11:00 AM
No, Google’s Deepmind isn’t on the verge of human-like reasoning
By Tristan Greene and Undark
Share: