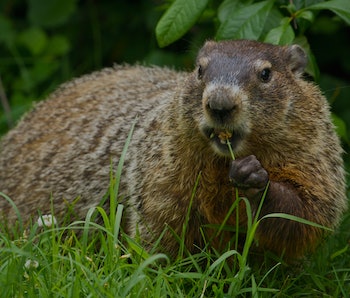 For 24 hours every February 2, everyone in America is fixated on a stout groundhog named Punxsutawney Phil. But by February 3, we will have forgotten all about this sweet rodent, who’s been forced to lead a life of lies, masquerading as a weather clairvoyant for human entertainment.

That’s why groundhogs need a holiday that truly celebrates them, rather than one that treats them like a relic or prop.

Groundhog Day is, in its current form, not a day for groundhogs — it’s a day for humans. We watch the livestream as Punxsutawney Phil emerges from his burrow, speculating about whether or not he’ll see his shadow. Then, we use some 130-year-old lore to justify why he has or hasn’t cursed us with more winter. All of this is based on a rodent seeing its shadow — a rodent who definitely doesn’t know that his meaningless action will be live streamed across the country and probably around the world. (He saw his shadow in 2018; we’re set for six more weeks of winter.)

This is why groundhogs — and those who support them — should promote a different kind of Groundhog Day that’s not built around ephemeral fame. This day would be called “marmots day,” and it would celebrate all marmots, which come from the genus Marmota. There are 15 species of marmots, one of which is the groundhog (Marmota monax).

Marmots are so much more than the fleeting entertainment they provide to Americans on a random day in February. They’re basically oversize squirrels who do nothing but eat grasses, berries, and flowers. They also emit a screech that is viscerally, existentially relatable:

Marmots live in burrows and colonies across North America and Eurasia, which means the definitely know how to get along with each other better than we do. They also love to sleep, since some species hibernate for up to nine months, which is something we can all appreciate and respect.

Groundhogs are wonderful, majestic floofs, and it feels so reductive to think of them as “the giant squirrels we only care about in February.” They’re living, breathing, and fluffy, and they deserve a little more goddamn respect.

When the Marmot Day revolution comes, Punxsutawney Phil will lead the charge. Humans will get to bask in the glory of marmots’ splendor and feed them treats — from a safe distance, of course.

More like this
Science
14 hours ago
'Gifted' dogs may share this one personality trait. Does your dog have it?
By Tara Yarlagadda
Science
8.11.2022 5:00 PM
Look: A deep-sea expedition just captured these incredible views of life underwater
By Jennifer Walter
Science
8.10.2022 3:00 PM
Watch sea sponges sneeze out stringy mucus in slow motion
By Jennifer Walter
Related Tags
Share: