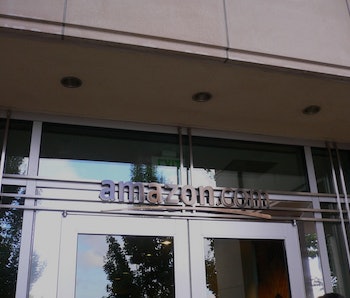 The amount of money that Amazon makes defies easy comprehension. The latest results from Thursday’s earnings calls with investors revealed the company made an eye-popping $60.5 billion in net sales in the holiday-fueled fourth quarter of 2017, adding to a massive $177.9 billion total revenue for the year as a whole.

Both those figures are a big increase from the company’s 2016 performance, with the fourth quarter up 38 percent from last year’s counterpart and annual revenue up 31 percent. The commerce giant showed little signs of slowing down its growth, with Thursday’s earnings exceeding analyst projections.

To put these numbers in some kind of context, we pretty much have to look at countries this at this point. A country’s gross domestic product is effectively its revenue. At $177.9 billion, Amazon’s revenue would make it the world’s 55th richest nation, sliding ahead of the oil-rich Qatar and Algeria, a country of 40.6 million people, both of which have a projected 2017 GDP of about $173 billion.

We can also see how Amazon has grown over time relative to other countries. Its revenue in 2004 was $6.92 billion, less than a 20th of what it is now. That would have made Amazon the 146th richest country in 2017, ahead of the Central Asian nation of Kyrgyzstan. Since then Amazon has experienced steady exponential growth, clocking in at $138.4 billion in 2016 — placing it between Kazakhstan and Kuwait as the 57th richest country.

Another comparison we can look at is market capitalization, which is the total market value of a company’s shares. The positive earnings call has Amazon’s market cap at $669.8 billion at the time of writing, which would make it larger than the combined stock markets of all but 16 countries. Specifically, Amazon is between Spain at $704 billion and Singapore at $640 billion as of 2016 — though it’s worth noting the United States stock market, of which Amazon is a part, disproportionately dwarfs all others at $27 trillion.

As for Amazon CEO Jeff Bezos, the world’s wealthiest man, his net worth stands at $116 billion at time of writing. While net worth isn’t directly equivalent to gross domestic product, that would place him just ahead of Sudan and Morocco — Algeria’s next door neighbor, coincidentally — for 61st on the GDP list.

More like this
Innovation
8.5.2022 11:00 AM
Alexa could diagnose Alzheimer’s and other brain conditions — should it?
By Joanna Thompson
Innovation
7.29.2022 2:00 PM
Amazon's new invention could let you “speak” to the dead — but should it?
By Sofia Quaglia
Innovation
3 hours ago
A wild new plane-train hybrid could whoosh you to your destination — if it can get off the ground
By Molly Glick
Related Tags
Share: