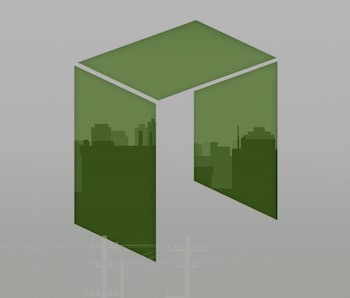 Neo is taking the world by storm. Since its launch by Da Hongfei in 2014, it’s skyrocketed to become China’s largest cryptocurrency. Its creators have big plans to power a new “smart economy,” where assets are traded in a public ledger and people write “smart contracts” that shift money around when certain conditions are met, a lot like a computer program.

“We want to be the place people go to when they want to do serious and reliable transactions,” Da said in a Bloomberg interview earlier this month.

The market is clearly excited. From a December 25 price of $59.94, the price of one NEO token has soared to a Thursday price of $136.75, a staggering price increase of 128 percent. Neo’s market cap now rests at $8.8 billion, placing it as the eighth-largest cryptocurrency in the world.

Neo has big goals in mind. To quote the company site:

NEO is a non-profit community-based blockchain project that utilizes blockchain technology and digital identity to digitize assets, to automate the management of digital assets using smart contracts, and to realize a “smart economy” with a distributed network.

It shares a lot of similarities with Ethereum, the second-largest cryptocurrency. Both are interested in powering a smart economy, where the blockchain powers other people’s ideas for ways to shift assets around. Ethereum’s “Dapps” have enabled developers to run their own ideas off the network, but Neo has a different approach in mind.

“Ethereum did it first. It was revolutionary and exciting and took the crypto world by storm,” writes Noam Levenson, CEO of Eden Block in a December article. “Today almost every ICO is built on Ethereum’s ERC20 token platform and Vitalik Buterin is one of our time’s greatest minds. Yet if we’ve learned anything from the fact that Alibaba is closing in on Amazon’s market cap and WeChat dominates China’s social media scene, it’s that China plays by their own rules.”

Watch an interview with Da below:

There are several key differences that enable this focus, like storing of a digital identity and assets directly on the blockchain, instead of working as a distributed app over the top. OnChain, a partner with Neo, is working with governments to ensure compliance. A smaller council that decides the direction of the network, rather than the highly-decentralized structure of Ethereum, is touted as a benefit as it enables faster decisions. The company plans to move to a broader system with more external input over the coming year.

However, changes in how Ethereum produces new tokens could pose a challenge to Neo. Central to almost all cryptocurrencies is the mining process, the generation of new tokens that encourages people to dedicate computers to powering the network. Ethereum currently uses a variation on proof-of-work to show that a miner has used enough computing power to warrant earning a new token. It’s a system that has been lambasted as wasteful of energy — one analysis showed bitcoin’s use of the same protocol used the same energy annually as Serbia. Ethereum plans to switch to proof-of-stake at some point, a similar system to the one used by Neo. It’s a system that simply hands out tokens depending on how much of a stake a person has in the network. It would use far less energy, and if Ethereum switches it could diminish one of Neo’s advantages.

Ethereum also has the advantage of being far larger, with a market cap of $101.9 billion. Its team is confident that it has the answers for the future economy.

“Sell your Neo,” Ethereum creator Vitalik Buterin said at a keynote speech at the Ethereum Singapore meetup in August 2017.

The race is on to design the cryptocurrency of the future.

Update 01/28 12 p.m. Eastern time: AN earlier version of this article stated that Neo used a variation of proof-of-work. This has now been corrected.