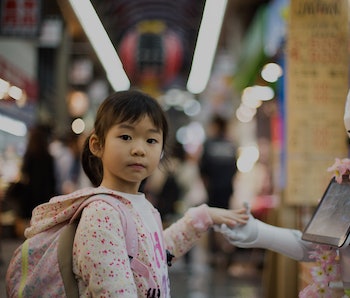 In a study published on Thursday in Nature Communications a team of BYU computer science professors, Jacob Crandall and Michael Goodrich, along with colleagues at MIT and other universities, created an algorithm to teach machines cooperation and compromise.

The researchers programmed the machines with an algorithm called S# and ran them through a number of games with different partners — machine-machine, human-machine, and human-human — to test which pairing would result in the most compromises. Machines (or at least the ones programmed with S#), it turns out, are much better at compromise than humans.

But this might say more about “human failings”, lead researcher Jacob Crandall tells Inverse. “Our human participants had a tendency to be disloyal — they would defect in the midst of a cooperative relationship— and dishonest — about half of our participants chose to not follow through on their proposals — at some point in the interaction.”

Machines that had been programmed to value honesty, on the other, were honest. “This particular algorithm is learning that moral characteristics are good. It’s programmed to not lie, and it also learns to maintain cooperation once it emerges,” says Crandall.

Additionally, the research found that certain cooperation strategies were more effective than others. One of these was “cheap talk”, simple verbal signals that respond to a given situation, like “Sweet. We are getting rich!” or “I accept your last proposal.” or, to express displeasure, “Curse you!” “You will pay for that!” or even “In your face!”

Regardless of what type of game was being played or who was playing, cheap talk doubled the amount of cooperation. It also humanized the machines, with human players often unable to tell if they were interacting with a machine or human.

Because the focus of this research was on the testing the S# algorithm, one shortcoming of the research is that it does not take into account cultural differences among humans that might affect how different human populations might use or interpret strategies like cheap talk, or how much human players might engage in deception or disloyalty.

Presciently, in the final short story of Isaac Asimov’s famous book 1950 book I, Robot — “The Evitable Conflict” — AI overlords do in fact, take over the planet. But, because they’re so reasonable, and programmed with some unbreakable ethical rules, it’s a good thing for the human race. And, as this study shows, because human interactions are messy and complicated, maybe, we can trust machines. Assuming of course, if they have been programmed for honesty.

Since Alan Turing envisioned artificial intelligence, technical progress has often been measured by the ability to defeat humans in zero-sum encounters (e.g., Chess, Poker, or Go). Less attention has been given to scenarios in which human–machine cooperation is beneficial but non-trivial, such as scenarios in which human and machine preferences are neither fully aligned nor fully in conflict. Cooperation does not require sheer computational power, but instead is facilitated by intuition, cultural norms, emotions, signals, and pre-evolved dispositions. Here, we develop an algorithm that combines a state-of-the-art reinforcement-learning algorithm with mechanisms for signaling. We show that this algorithm can cooperate with people and other algorithms at levels that rival human cooperation in a variety of two-player repeated stochastic games. These results indicate that general human–machine cooperation is achievable using a non-trivial, but ultimately simple, set of algorithmic mechanisms.

More like this
Science
8.12.2022 3:57 PM
Humans gave up screaming in favor of speaking, researchers find
By Elana Spivack
Science
8.10.2022 3:00 PM
Asteroids may have carved Earth's landforms as we know them — study
By Doris Elín Urrutia
Science
6 hours ago
How the Webb Telescope could unveil the newborn universe
By CAROLYN COLLINS PETERSEN and Universe Today
Related Tags
Share: