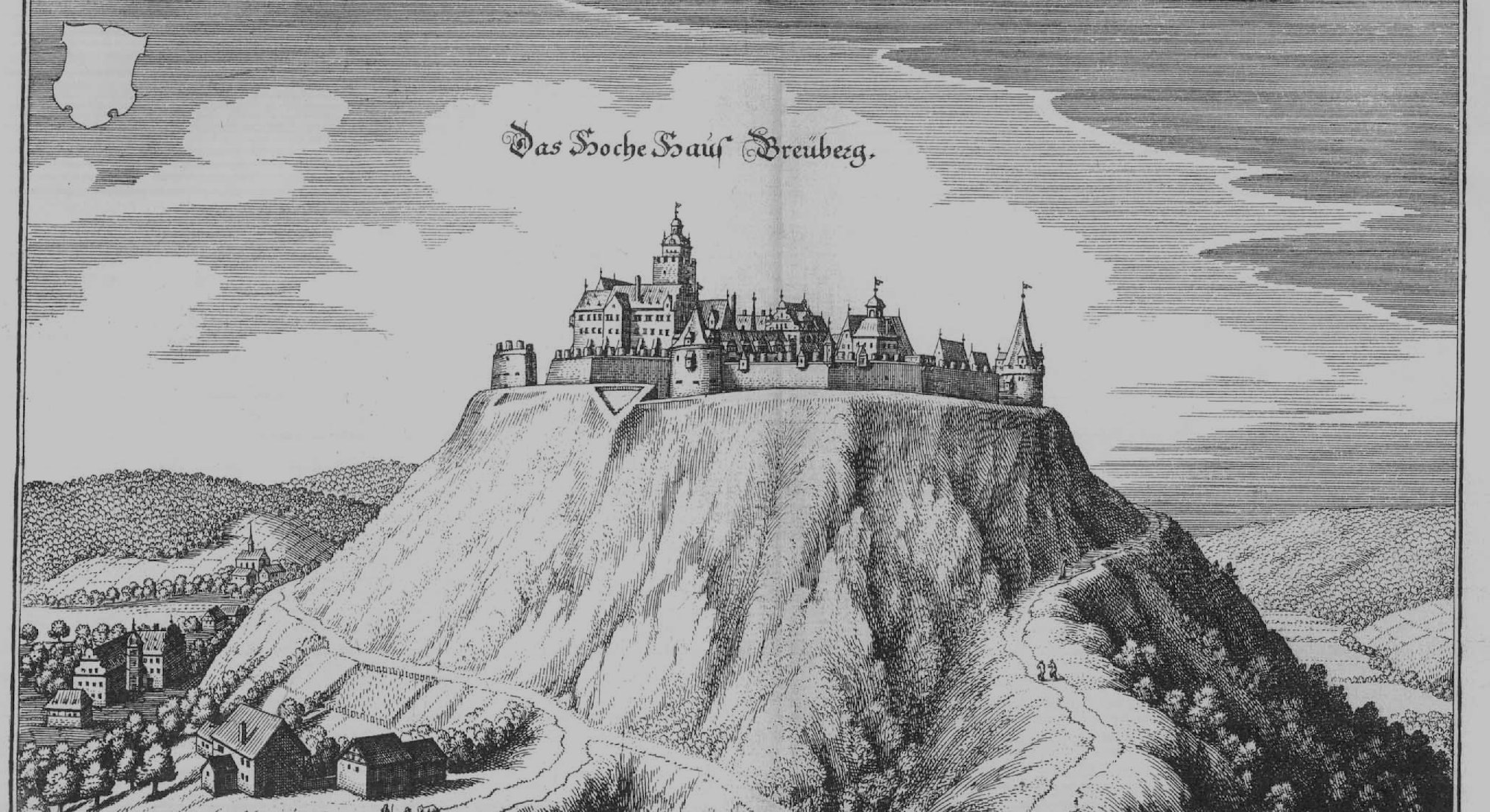 It’s been 200 years since the story of Dr. Frankenstein’s “abortion,” “creature,” “demon,” or “fiend” — all words she author Mary Shelley used to describe it — was reviewed by book critics as “a very bold fiction,” a work approaching “impious.”

Shelley’s wildly popular gothic horror was first published in January of 1818, and though the exact inspiration for her tale isn’t known, there’s evidence linking her mad scientist to an alchemist born in Castle Frankenstein near Darmstadt, Germany, where curious travelers have been seeking out traces of the monster for decades.

The castle is free to visit, and is readily accessed from the city of Darmstadt via the $5 local tram to Malchen. From there, it’s a short walk through town via Frankenstein Street to the entrance of two hiking trails that take you up from the road to the castle grounds. It makes for a slightly steep climb, but the three kilometers are worth it for gothic lit fans and hikers and bikers looking to take in the eerie beauty of the Odenwald mountains where the castle is located.

The castle, built around 1250, is partially in ruins. However, its gate, chapel, tower, courtyard, and surrounding meadows and forests, can be toured. And all are said to be haunted.

Haunted by whom, exactly? Johann Konrad Dippel, an eccentric alchemist, doctor, theologian, and all-around nut whose work might have been the inspiration for Dr. Frankenstein.

Dippel gained a local reputation for being a bit of a mad scientist. Born at the castle in 1673, became the subject of legend that recounted him robbing graves, performing gruesome experiments on the corpses, and attempting to transfer the soul from one dead body to another. He

You can learn more about Dippel while visiting the castle if you choose to book a guided tour beforehand, but in case you show up unannounced, here’s a brief overview: Dippel was the son of a clergyman ad was raised to go into preaching. He graduated with a degree in Theology from the University of Giessen, but became more interested in philosophy, palmistry (i.e., palm reading), and alchemy.

A controversial man through and through, he held many unpopular religious views, served seven years in prison for heresy, killed a man in a duel, and actually got himself banned from Sweden and Russia. It’s thought he died of poisoning.

Perhaps his most notable creation as an alchemist is “Dippel’s Oil,” thought then to bring on eternal youth. It is a tar-like liquid that smells terrible and is literally made by burning bones. The Permaculture Research Institute actually lists Dippel’s Oil — or “bone sauce,” as they call it — as a means of keeping certain animals from munching on plants. Its smell is described as landing “somewhere between wood-creosote and rancid meat,” so one can only imagine Dippel trying to get people to actually try his concoction.

So what does Dippel have to do with Mary Shelley? She happened to be traveling in Germany in 1814, 80 years after Dippel’s death.

She took a boat trip on the Rhine which would have put her about 15 kilometers west of Castle Frankenstein.

There’s no record of her having stopped at the site, but given her proximity and the pervasiveness of Dippel’s reputation, especially amongst locals, Shelley very well could have learned of the infamous doctor and the experiments he performed nearby.

The first person to suggest the connection between Dippel and Shelley’s character was Radu Florescu, a Professor of Eastern European history, in his 1975 book In Search of Frankenstein.

He believes Shelley actually stayed at Castle Frankenstein on her 1814 trip to Germany, where she learned of Dippel and his experiments. Though scholars have pointed out there’s no record of that having happened, the similitude between Dippel and Dr. Frankenstein is enough to pique travelers’ interest. “I think there’s too much of a correlation to totally ignore it. I’m pretty sure that Shelley didn’t just base Frankenstein off of one guy, so I think the truth it somewhere in the middle,” Dow says in his podcast.

Castle Frankenstein has gotten a lot of attention since Radu’s book, visitors report that it’s not a commercial tourist attraction and is usually not too crowded/ Locals tend to be seen wandering up to take in the peace and quiet or get some exercise on the trails through the Odenwald, the wooded mountain range also said to be haunted.

After a day of myths and hauntings, visitors eat at the Castle Frankenstein restaurant and take in panoramic views of the Rhine Valley; it occasionally hosts spine-chilling events like murder-mystery dinners, Elvis impersonators, and live jazz. The restaurant specializes in Swiss cuisine on account of Shelley’s novel taking place in Geneva, Switzerland. Its motto: “The myth tastes good!”

The castle is open year-round each day from 10 a.m. to 8 p.m., but if you’re a haunted house enthusiast, you’ll want to book your trip around Halloween. During October and November, Castle Frankenstein hosts a sizable Halloween party; more than 100 monsters interact with visitors. As one traveler put it, “the people dressed as monsters and ghouls will grab you and have some fun with you, and as happened to me, put you in a coffin — but its all good fun.” Halloween is when the grounds sees its largest crowds, but special buses run up to the castle from Darmstadt to accommodate guests.

Whether you’re a fan of the book, the movies, or anything with a spooky myth surrounding it (like Elvis impersonators), the bicentennial is a perfect time to make your way to Castle Frankenstein. For more detail, check out its website, frankenstein-restaurant.de, or Facebook.

Next time you’re reading Shelley, or painting your garden’s saplings with bone sauce, tip your hat to the mad scientist who (maybe) made it all possible.