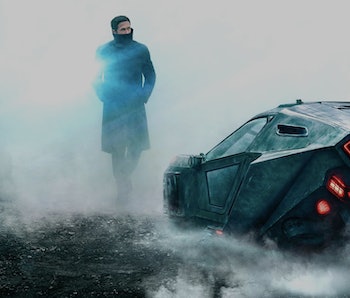 As was the case with its 1982 progenitor, fans of Blade Runner 2049 probably still have several lingering questions about various plot threads in the film. But, don’t expect those questions to be answered with deleted scenes, an extended director’s cut, or a director’s commentary. Blade Runner 2049 is out on Blu-ray today, and its special features are mostly dominated by mini-documentaries, each elucidating some aspect of the film.

In many ways, the message of the Blade Runner 2049 Blu-ray is simple: the movie speaks for itself, and all the bonus features, are, well, bonus. To be clear, director Denis Villeneuve isn’t pulling a David Lynch here; there are chapter separations. But, because Blade Runner 2049 does carry that now-infamous 164-minute runtime, it seems like everything the theatrical cut set out to accomplish, it accomplished.

Here’s a quick guide to what to expect from the special features on for the digital, Blu-ray, and DVD releases of Blade Runner 2049.

Mild spoilers for the film ahead.

Everyone wanted Ryan Gosling. Gosling is loved like a God.

Even before production began, it seems like the notion of having Ryan Gosling in the lead role was straight-up destiny. Villeneuve calls Gosling his “muse” while screenwriter Hampton Fancher says that Gosling made a whole new type of character. For Fancher, Gosling’s K was a new character “unto himself,” whereas the character of Deckard (Harrison Ford) was a trope that there were “prototypes for.” Ridley Scott also wanted Gosling early on.

And then there’s Harrison Ford who said: “I was very enthusiastic about proposing to the director and the producers that that role should be played by Ryan Gosling and they were like ‘oh yeah, yeah, that’s what we were thinking too.’”

Wow. Gosling was so locked-in to being in Blade Runner it makes you wonder if the actor isn’t a Replicant.

Actress Sylvia Hoeks makes it clear her Replicant character Luv was supposed to be perceived as immature and petulant. “She’s a 12-year-old girl,” Hoeks said. Which, in this case, is both literal (because the Replicant is only 12 years old) but figurative, too.

If you want a good reason to buy sci-fi DVDs or Blu-rays, one thing you should always do is check to see if Ridley Scott will be speaking in any of the special features. If the answer is yes, you should probably buy said DVD or Blu-ray. As is the case with his commentary on Alien: Covenant or Prometheus, Scott’s off-the-cuff comments are just as delightful here as they are elsewhere. Mocking people’s complaints in 1982 about the original Blade Runner, Ridley Scott says this: “Why is it always raining? Why is it always dark? Because I fucking wanted it like that.”

Blade Runner 2049 is out now on Blu-ray, DVD and digital download.

More like this
Entertainment
Jan. 18, 2023
Matt Reeves just revealed a mind-blowing new detail about Cloverfield’s secret backstory
By Eric Francisco
Entertainment
14 hours ago
Dune 2 Will Be Hilarious, Says Actor Whose Character Killed His Own Dad
By Ryan Britt
Culture
Jan. 20, 2023
Why The Lost World is better than all the other Jurassic Park sequels combined
By Ryan Britt
LEARN SOMETHING NEW EVERY DAY.
Related Tags
Share: