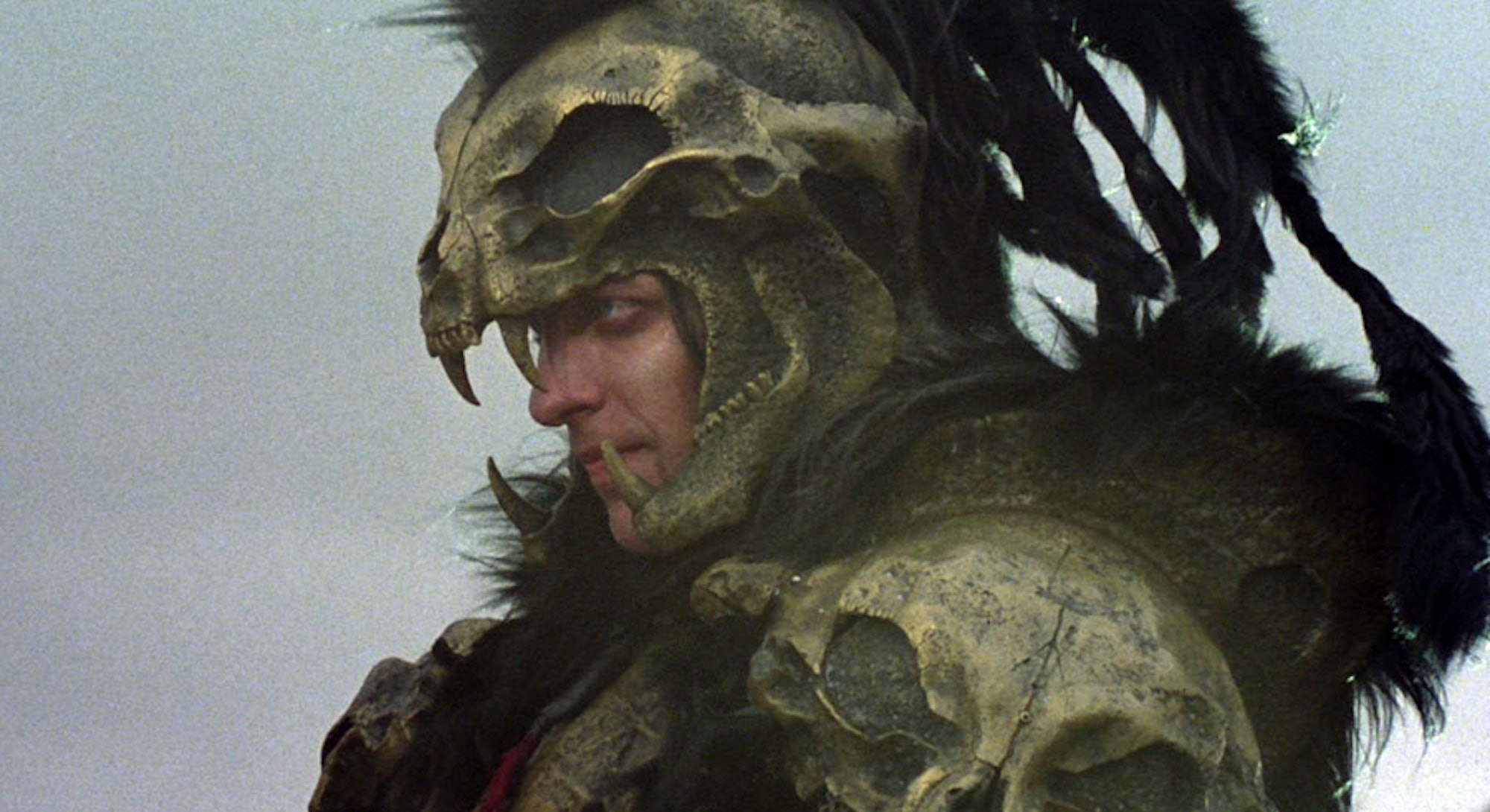 In 1986, a sadistic immortal warrior called the Kurgan, popped in a cassette tape and blasted Queen while cruising for some heads to chop off. And if for some reason, you don’t remember what the Kurgan looked like, you certainly remember what he sounds like. Consummate actor Clancy Brown played that bloodthirsty broadsword badass, but it’s his voice that makes him immortal. From Mr. Krabs on Spongebob Squarepants to Darth Maul’s brother Savage Opress in The Clone Wars, you’ve been hearing Brown in just about every sci-fi/fantasy cartoon for the past twenty years. Most recently, you also heard his booming voice taunting Thor in the opening moments of Thor: Ragnarok. Yep, that was Brown, as the voice of the demon Surtur, once again playing the role he perfected so many years ago: a massive villain in a fantasy epic.

Recently, Brown’s voice has also boomed its way through the animated series Trollhunters. Created by visionary Guillermo del Toro, Trollhunters appears, at first glance, to be only a children’s show. And while it’s true, kids can (and should) watch Trollhunters, the show has something fantasy for kids sometimes lacks; wit and a real sense of heart. But, you can’t make a fantasy epic without some bad guys. Which is why del Toro knows to call Clancy Brown. In Trollhunters, Brown plays Gunmar, a Troll hell-bent on bringing his specific kind back to dominance. Inverse caught up with Brown just before the debut of the second season of Trollhunters on Netflix to discuss not only how he plays bad guys so well, but also if he’d return to play one specific bad guy who wields a sword.

You’re so associated with science fiction and fantasy. Was that something you sought out?

Well, I don’t think I do anything special to get wrapped up in the genre. I think the genre is just of taking over the entertainment industry. You know, it’s finally sort of thought of as what it is: which is a great metaphor for life, and a good vehicle to tell stories. So I think it’s more like society has embraced that genre, more than me being any kind of special, you know, sci-fi guy. I mean, I love sci-fi. I love it all. I love sci-fi, I love fantasy, I love that whole metaphor. Like Trollhunters, you know, being a metaphor, it’s a little bit like Harry Potter. There’s a parallel with Harry Potter. But I just kind of show up in these kinds of things because I’ve got a big old voice, and, you know, a big old body. And a fire in me.

In your head, what is Gunmar all about? What is his motivation, in the previous season and then also the new season?

The first time we ever saw the Emperor in Star Wars, that’s what, kind of, Gunmar is in season one. And then in the new season, we’ll get to see actually who he is and what he’s all about. He gets more Darth Vadery now. So, Gunmar’s just the biggest, scariest troll ever. But, like all big bad guys, he just believes in what he’s doing, his mission. And his mission is to reestablish, you know, the preeminence of the Gumm-Gumms.

You’ve done a lot of bad guys. As an actor, is there a particular way that you sort of prepare for that mindset? Are you thinking about archetypes, like in Star Wars?

Well, yeah. It’s kind of the archetype thing. I mean, I really didn’t have much lead time when I was recording this stuff. Guillermo would just kind of call me up and say, okay, we’ve got an episode for you to record. And so it was always news to me when I got to the studio and read the script and found out what was going on. I mean, yeah, there’s these archetypes, and they stick with that. Because it’s such a big world that they’re making. But at the same time, there are some really good jokes in there. There’s some real humor, you know. He’s been underground, he’s been in the Darklands for so long. So, I guess I see him as a troll out of water.

What else can you tell us about this new season of Trollhunters?

It’s really more sophisticated and it’s following a really good arc. You know, you have the first season and it’s a kid thing and he’s figuring it all out, and then all of a sudden you’ve got to deal with all these darker, more complex issues. It’s really cool. I think it’s really cool.

Would you return for a Highlander remake?

Because you played Darth Maul’s brother (Savage Opress in The Clone Wars) and they’re doing all these new Star Wars movies standalones that could be set anywhere, would you ever, if the phone rang and they said, we’re going to do something like that but live action, what would you do? Would there be a hesitation to not do it?

I don’t think so. But, I was 17 when the first Star Wars came out. I mean, I was right in the demographic. I know Mark Hamill. We’re the same age. And, you know, I was right in there. So that’s always my touchstone. And, you know, I like the new movies. But they’re pretty…slick. You know, I don’t think I would hesitate, but at the same time, I I wouldn’t feel like I was actually making a Star Wars movie the way I think of the Star Wars thing. You know what I mean?