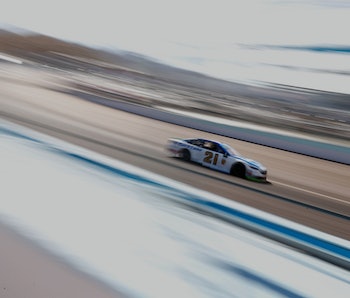 It’s only been a week since the Federal Communications Commission repealed net neutrality protections and Republican lawmakers are already trying to set legislation into motion to cement the controversial ruling.

On December 19, representative Marsha Blackburn proposed the “Open Internet Preservation Act” in a video on Twitter. In the announcement, the Tennessee Republican touts that this bill will prevent blocking and throttling of legal web content, but she elides that this would bar the FCC from creating any rules that go beyond those requirements. Blackburn’s proposition would also keep any states from enacting any of their own net neutrality legislation.

The bill is available in full here.

While Blackburn’s statement on Twitter made it seem like the goal of the Open Internet Preservation Act is to restore the net neutrality regulations previously in place through the FCC’s rules, the bill would actually take away key protections. Most importantly, it would still allow for the creation of Internet “fast lanes,” which means everyone gets a baseline browsing speed but ISPs can charge users or websites more for access to faster internet.

Net neutrality advocates caught on to this pretty quickly.

“This bill’s true goal is to let a few unregulated monopolies and duopolies stifle competition and control the future of communications,” said Craig Aaron, the CEO of the consumer advocaycy group Free Press, in a statement. “This cynical attempt to offer something the tiniest bit better than what the FCC did and pretend it’s a compromise is an insult to the millions who are calling on Congress to restore real net neutrality.

Last week, the FCC reversed its 2015 decision to classify ISPs under Title II of the Communications Act of 1934, which meant they were treated as a public utility like telephone, gas, and electricity providers. That meant the FCC was able to stop ISPs from taking any move to throttle, block, or prioritize certain content online.

The new rules allow for what FCC Chairman Ajit Pai calls “light-touch regulation,” which just requires ISPs be transparent in their practices.

Blackburn’s newly proposed bill would ban throttling and blocking, but it would leave fast lanes as fair game.

At this point, the bill is in its nascensy — it’s only been proposed. There’s no guarantee it will see a vote, let alone become law.

Democrats figure to oppose any Republican plans, as Senate Minority Leader Chuck Schumer has called for a vote to reinstate net neutrality rules, but it’s unclear how much the Democrats can do when they are the minority party in both houses.

More like this
Innovation
9 minutes ago
46 years ago, one video game innovation modernized the industry — and traumatized a generation of gamers
By Zack Kotzer
Innovation
5.20.2022 11:00 AM
China and Russia are on track to set up a Moon base by 2036 — here’s the plan
By Allie Hutchison
Innovation
5.18.2022 6:37 PM
One simple thing makes the Nissan Z a perfect sports car
By Jordan Golson
Share: