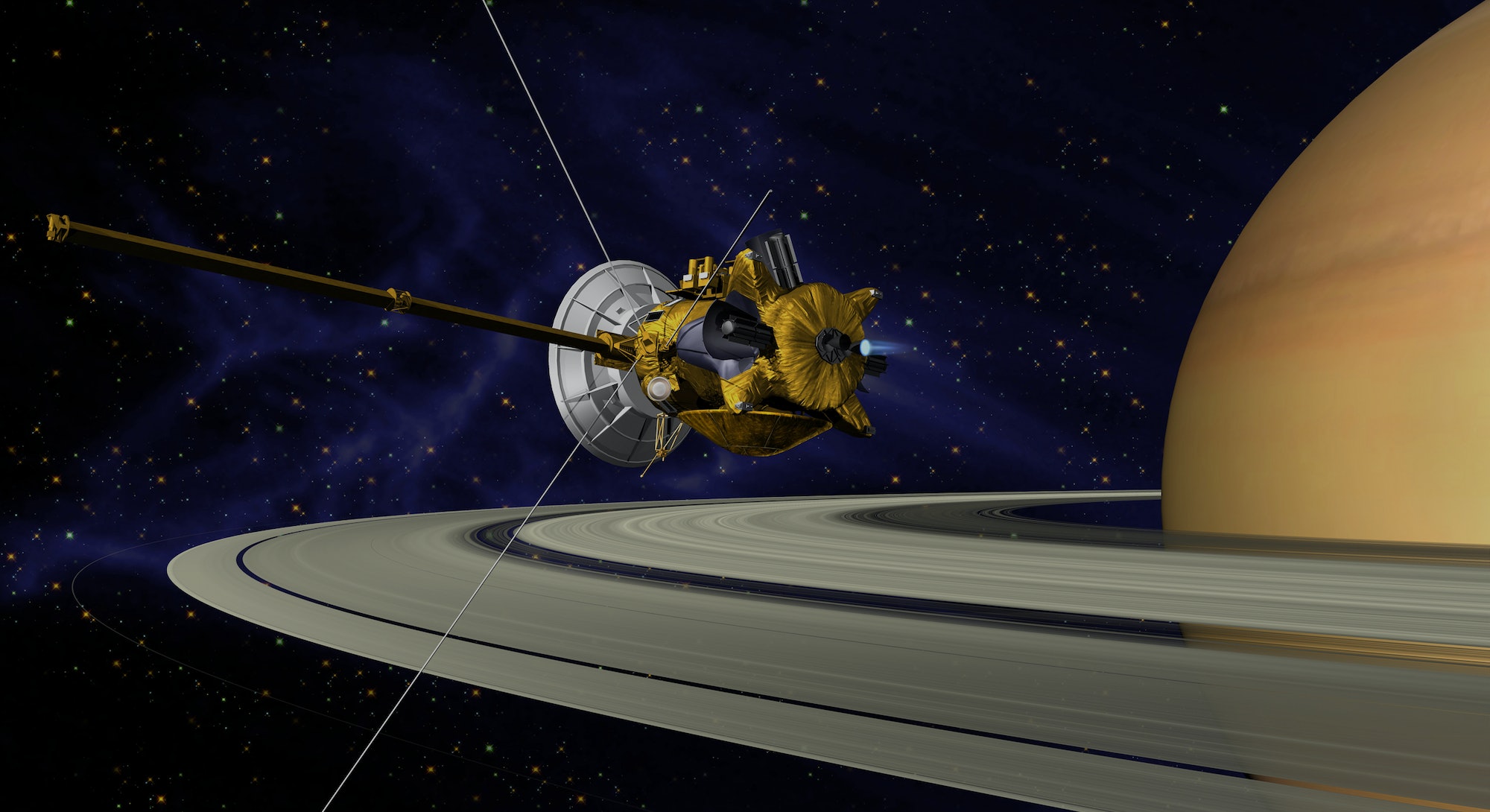 The space age began 60 years ago when the Soviet Union launched the Sputnik satellite into orbit. Every year since that humanity has spent as a spacefaring race has been, in its way, amazing, as we have sent astronauts to explore the outer reaches of our world and its moon, while probes have revealed secrets of our solar system we could not have even imagined before that first launch in 1957.

But, um, space was not kind to us in 2017. What should have been some of the year’s most important, even historic launches were delayed. Two of space travel’s most reliable workhorses were retired, with one meeting a fiery end in the atmosphere of the planet it had watched over for more than a decade. When the death of a beloved spacecraft is maybe the most inspiring story of a year in space… yeah, we’ve had better ones. And there is a very good chance that 2018 could be one for the record books.

Let’s take a look back at a year of space sadness and a look forward at the better days that could lie ahead.

For more than a decade, NASA’s Cassini probe captivated the world as it explored Saturn, its moons, and of course, its rings. The data it collected and the images it captured revealed wonders like Titan’s methane lakes, Enceladus’s liquid core and possible signs of microbial life, and the incredible, previously hidden environment within Saturn’s ring system.

But its mission came to a spectacular end on September 15, as NASA guided the probe into Saturn’s atmosphere so that it could burn up, ensuring it would not contaminate the surface of any of the planet’s potentially habitable moons. It’s safe to say the world has never mourned the death of a space probe quite like it did with Cassini.

Less heralded but also worth recognizing is Russia’s Soyuz-U rocket. These rockets made a world-record 786 launches in 44 years of service. It’s literally as old as the Apollo program, as it launched the Soyuz 19 spacecraft that docked with the final Apollo mission in 1975. It successfully completed 97.3 percent of its launches, a ridiculously high rate considering its decades of work. The final Soyuz-U launched on February 22 on a resupply run to the International Space Station, ending one of our final living links to the early days of the space age.

No spacecraft has ever dealt with middle child syndrome quite like SpaceX’s Falcon Heavy rocket. The Jan Brady of commercial spaceflight was originally supposed to launch as early as 2011, but this date repeatedly slipped as Elon Musk’s company instead worked to refine its older sibling, the Falcon 9. While that rocket became the workhorse of American space launches, ferrying satellites into orbit and supplies to the International Space Station and making repeated successful landings on SpaceX’s droneships, Falcon Heavy became an afterthought.

SpaceX finally announced this month that Falcon Heavy is set to launch in January — more on that shortly — but it’s hard not to feel it has already been eclipsed by its planned successor, the BFR. As Musk detailed in November at a conference in Adelaide, Australia, the BFR — short for Big Falcon Rocket or something that sounds a lot like Big Falcon Rocket — will replace both existing Falcon launch vehicles by the early 2020s. We didn’t even get a proper chance to enjoy SpaceX’s long-awaited shiny toy before moving onto the even shinier one.

SpaceX has a habit of pushing deadlines, but it’s a private company that doesn’t take public money to fund its development, so nothing gets hurt by delays other than Elon Musk’s reputation — and that seems to be doing just fine. Not so for NASA’s Space Launch System, which is the agency and Boeing’s own design for a spacecraft to take us beyond low Earth orbit and eventually to Mars. That has received at least $18 billion in government funding, with no end in sight.

Well, there used to be one: At the beginning of this year, the planned first test launch was November 2018. Then, the news came in April that SLS’s maiden flight was being pushed back to 2019. Then in November a NASA review revealed it would slip further to no earlier than December 2019, which sure sounds a lot like every college student emailing their professor to promise that paper will be in before midnight, they swear, just check the timestamps, it’s totally in on time.

And just to crank up the anxiety levels, Congress has officially noticed: “NASA and the contractors should not assume future delays and cost overruns will have no consequence,” Texas Republican Lamar Smith said at a November House Science, Space and Technology Committee hearing. “If delays continue, if costs rise and if foreseeable technical challenges arise, no one should assume the U.S. taxpayers or their representatives will tolerate this.”

Throw in similar delays for NASA’s planned Hubble successor, the James Webb Space Telescope, which was supposed to launch in 2018 but has now been pushed back to 2019, and maybe NASA just needs to cut back on the electives next semester and make sure it’s budgeting its time properly to get those essays in on time, you know?

The good news is there’s a ton to be excited about for the coming year in space. Falcon Heavy is finally getting its big moment in January, and the plan is for it to take Elon Musk’s own Tesla Roadster as its payload on a trip to Mars orbit — or not. SpaceX is also set to launch TESS, NASA’s new exoplanet-hunting satellite, in March, while the Parker Solar Probe is scheduled to launch in the summer. As the name suggests, it’s headed straight for the sun, getting as close as four million miles to the surface of our star.

On the other side of the solar system, NASA has announced plans to fire up the engines for the first time in decades on both of its stalwart Voyager probes, extending their lifespans for a few crucial more years as they head out into interstellar space. New Horizons, NASA’s other deep space probe, is set to reach its second port of call, the Kuiper Belt object 2014 MU69, on New Year’s Day 2019, which means the end of 2018 should offer some first morsels of the new most distant object humanity has ever seen up close.

And it’s not just probes that will have all the fun, at least not if things go as planned. (Which, yes, 2017 is a good illustration they rarely do, but why not a little end-of-year optimism!) Both SpaceX’s Dragon 2 capsule and Boeing’s Starliner are set to take astronauts into space as part of NASA’s Commercial Crew Program. SpaceX is scheduled for its first crewed mission in August 2018, while Boeing is aiming for November. Less certain but more intriguing is SpaceX’s promised private spaceflight around the moon, in which two private citizens have reportedly paid for the right to be the first humans to leave low Earth orbit since Apollo 17.

Will all of this happen in 2018? If 2017 is any guide, perhaps not. But these are the dreams. And space remains a place for humanity to dream as big as it possibly can.