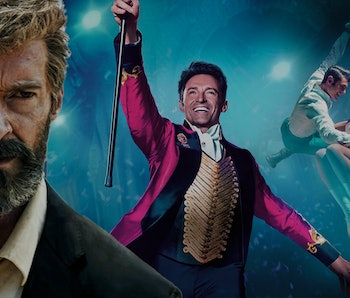 P. T. Barnum may have famously thrown “the greatest show on Earth,” but Wolverine’s “the best at what he does,” and that includes singing and dancing.

Hugh Jackman is done playing Wolverine after sending the beloved mutant off in Logan earlier this year. He’s said that he won’t ever play Wolverine again multiples times on many occasions, but people are never going to stop asking him about the iconic character, so he’s gotten pretty good at answering them. The most recent of those answers involves a Wolverine musical, something that will almost certainly never happen but that I am dying to see.

While speaking to Yahoo Entertainment ahead of his new movie, a musical biopic about Barnum & Bailey Circus founder P. T. Barnum called The Greatest Showman, Wolverine came up. Yahoo asked the song and dance-loving actor if he’d ever come back for a mutant musical.

“No more Wolverine, I can tell you right now,” Jackman said, dashing those hopes because enough is enough already. However, he did briefly imagine what any such movie might look like.

“It would be in the Blues Brothers world,” Jackman said. “Think chicken wire and people throwing beer bottles and him slicing them in half. I don’t see kick lines!”

This movie will never exist, full stop, and Jackman has no plans to ever play Wolverine again. Even the allure of the X-Men getting to join the Avengers after the Disney/Fox merge wasn’t enough to get him to unsheath the claws another time. But, if you, like me, want to know what Jackman’s deft musical talents would look like when applied to Wolverine, you’re in luck. In 2014, BBC Radio 1 had Jackman sing “Who Am I” from Les Miserables with the lyrics altered so he’s signing about being Wolverine.

The Greatest Showman is currently in theaters.

More like this
Entertainment
6.14.2022 4:50 PM
A Joker 2 musical would actually be great — here’s why
By Dais Johnston
Entertainment
6.14.2022 6:42 PM
Hayden Christensen just revealed a 20-year-old secret about Attack of the Clones
By Dais Johnston
Mind and Body
6.19.2022 11:00 PM
Covid-19 smell loss: 6 long-term effects nobody is talking about
By Johan N. Lundström and The Conversation
Share: