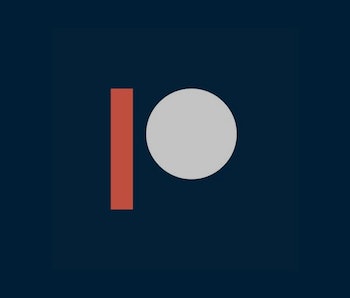 The Federal Communications Commission’s destruction of net neutrality really ought to have cornered the market on generating internet outrage this month, but the team behind the crowd-funding platform Patreon have somehow managed to somehow managed to give the FCC a serious run for its money.

Patreon, which lets users pledge money to independent artists and creators they support in exchange for rewards and perks, sparked widespread user protest and even an exodus from the site last week when it announced a change in its fee structure. Though the site has since backtracked, creators and patrons alike say it’s an open question whether the site can ever rebuild trust.

The site announced last week a change to its fees structure in which the users — or patrons — would now shoulder the costs of transaction and other service fees. Previously, the creators had those costs taken out of their monthly pledge earnings.

The proposed changes were particularly expensive for patrons who preferred small pledges of $1 or $2. While established creators with larger average pledge sizes stood to benefit from the change, many smaller-scale artists saw their patrons desert in droves. Patreon did itself no favors when it said its focus was on higher-profile creators, not those who aggregated lots of small pledges. It was a declaration that seemed to many patrons and creators to betray the site’s entire raison d’être.

Faced with potentially site-killing outrage, Patreon decided Wednesday to halt its plans of charging patrons fees. But despite the site’s attempt to get patrons to “re-pledge” after last week’s protest exodus, some tell Inverse they are waiting to see what happens next or opting to now pay their favorite creators directly.

“Personally, I have not re-pledged yet,” Salt Lake City-based patron Evelyn Lamb tells Inverse. “I’d like to wait a few months to see if there are other changes coming.”

Lamb confirmed that Patreon sent her the email they announced asking for re-pledges. It’s unclear who exactly received the email, but Lamb assumes the “easy repledge” button she received was sent to all patrons, or at least those who had cancelled pledges in the past week.

However, the previously proposed 2.8 percent fee on $1 and $3 pledges, which make up the majority of her pledges to creators, scared her off donating through Patreon for now.

“I want as much of my money to go to creators as possible, and as little as possible to credit card companies and payment apps like Paypal and Stripe,” Lamb says. She instead elected to send money directly to creators she supported using a payment app. “I gave 12 months worth of pledges to all the creators I cancelled through Patreon when I cancelled, so even though I have not re-pledged yet, I did try to support them.”

Irina Sabetskaya is a 23-year-old cosplay creator who is based in Vitsebsk, Belarus. She says Patreon’s growing pains have already made for a difficult experience.

“I don’t have a lot of patrons and it’s hard working [to] get new ones,” Sabetskaya tells Inverse. “Almost all my patrons have been with me for a very long time, so I was very disappointed when I checked and saw I lost a few last week.”

At the same time, Sabetskaya understands her patrons’ decision to cancel out of fear of the high fees. Currently at 35 patrons, she had three cancel during the fees announcement, and none have re-pledged yet.

“I’ll try to contact them to ask if they will,” adding that with all the issues Patreon has had, she may consider other crowdfunding sites if more friction arises.

Montreal-based Eden Rohatensky currently makes music, videos, and art, among other content. They also say they are open to other options.

Rohatensky’s Patreon has actually grown since the incident, as patrons raised their pledge amounts to show support. But Rohatensky says the trust creators and patrons had for the platform is shaky at best right now.

“I’m still in the position where I don’t really trust Patreon,” Rohatensky says, adding that their patrons are aware of their financial difficulties at the moment, which helps.

Rohatensky currently receives $400 in pledges from 75 patrons. They say the best aspect of the Platform is the creator knows they’re getting a certain amount of money every month. It’s unclear if this will be enough to keep people around.

Decamping for an alternative is an intriguing option, but such immigrations aren’t easy.

“Going to a different platform is harder than it looks because you have to bug everyone to switch over,” Rohatensky explains. “It’s hard enough to ask people even for $1 a month, let alone inconvenience them.”

For now though, creators hope Patreon will fix their discover page to support smaller artists, to make it more sustainable for both creator and patrons. At the moment, the platform’s Explore page is promoting big-time users, such as comedian Heather McDonald, whose has been featured on the E! Network.