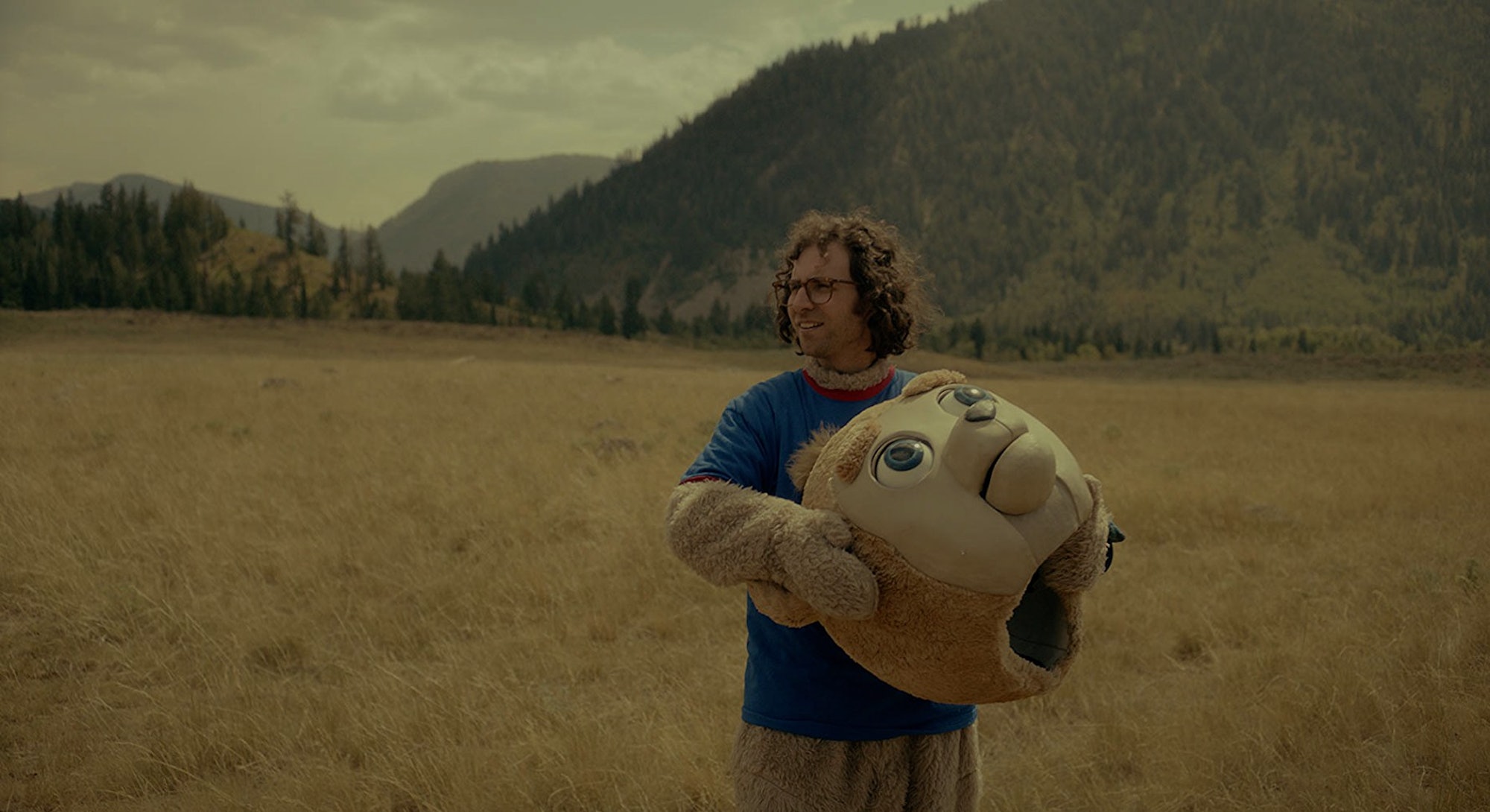 The adage “Write what you know” rung true in certain ways for Kyle Mooney. While thankfully Mooney was never kidnapped and forced to live in a bunker surrounded by a sci-fi TV show made exclusively for him, the Saturday Night Live star still imbued Brigsby Bear, directed by Dave McCary and co-written by and starring Mooney, with his own intimate understanding of pop culture nostalgia. In the age of franchise-driven reboots of old cartoons, nostalgia is a double-edged sword that can either destroy or rescue a person’s soul. His movie Brigsby Bear, Mooney says, is ultimately about a rescue.

“Certainly I support celebrating the things that you’re into because I do it myself,” says Mooney, an ‘80s baby who grew up on Saturday cartoons, in a phone interview with Inverse. “I would be lying to you if I was to say it’s a bad thing to be obsessed with something.”

Mooney admits to his own obsessions. Calling from home during our chat, the writer/comedian talked about his collection of McDonald’s Happy Meal toys and VHS movies, and his walls decorated with Alf and Mickey Mouse posters. He beams with pride over all of them. At the same time, however, he and co-writer Kevin Costello, a childhood friend, were careful not to pander to today’s 30-year-olds wrapped up in childhood obsessions.

“We also need to interact with people and socialize,” he says, “It’s all in healthy doses.”

In Brigsby Bear, Mooney stars as James, an adult male who grew up in a bomb shelter only to learn he was actually kidnapped by a college professor (Mark Hamill) and his wife. Before his escape, Mooney grew up obsessed with a TV show called Brigsby Bear, a low-budget fever dream (think Flash Gordon meets Bill Nye the Science Guy and The Muppets) whose only audience was James. While adjusting to the outside world for the first time, James tries to finish the story of Brigsby Bear himself.

Now available on Blu-ray, Mooney spoke to Inverse about the making of Brigsby Bear, a film that embraces the best things about fandoms while it also revealing its ugliest, darkest truths.

Talk to me about your own fandoms which you left in the movie. What did you grow up obsessed with?

I’m generally a nostalgic person. I got a massive VHS collection. All those cartoons, Care Bears, Rainbow Bright, He-Man, She-Ra, ThunderCats, Transformers*, I was into all of it. To a degree still am, the iconography associated with it.

In what ways did your love for ‘80s cartoons make its way into Brigsby Bear?

A lot of the jargon within the Brigsby Bear world is us trying to write our version of Star Wars or what have you. I think the Smile Sisters [in the film] kind of are like, I don’t want to say Rainbow Bright-esque, but certainly.

There are little things I feel like [are] nuggets that exist in my brain, or Kevin’s brain, that sometimes we can’t even pinpoint, but I know they’re from something. That was one of the fun things about writing the movie, actually working on the Brigsby Bear TV show within the movie. We just got to throw in references, bring up YouTube videos and be like, “We want it to look like this.” The bedsheets look like these Masters of the Universe bedsheets. It was a fun time.

What inspired the real beginning of making Brigsby Bear? What did you want to tell in this movie that you felt other sort of coming-of-age movies weren’t telling?

I think I had the seed of an idea, which was this guy obsessed with a TV show made just for him. It didn’t feel like a sketch. It felt like something bigger. The more I explored it, it seemed like something we wanted to do. I feel like it’s a very romantic thing to want to make a movie, and I feel fortunate that we got the chance to. I think we wanted to tell the story and to work in a new format that we’ve always loved and wanted to.

You not only wrote Brigsby Bear, you had to become James, a man lost in his own world, almost literally. How did you slip into that extremely specific psyche?

I was helped by the process I had written it. I had two years of writing the movie with Kevin before shooting, so I was able to explore the character and figure out ways to portray him.

It’s tough for me to say how difficult or easy it was. I was just really helped by Dave, the director, who knows me very well. We’ve worked together forever, so he knows what I’m capable of. He helped push the performance, and a lot of that was just kind of trying to play things as earnestly as possible.

Do you consider Brigsby Bear to be a dark movie or a bright, uplifting movie? It’s bizarrely both, at times.

I’d say bright, with dark elements. We were even surprised when we were cutting the movie how hopeful it was because there is such this dark storyline. I think that’s one of the nice things that a lot of people have walked away. They just kind of feel good after watching it.

We’re exploring spoilers here, but at the end of the movie, James hides out in the bathroom when people watch his Brigsby Bear movie. I’ve heard from many directors how they hide during screenings. Did that come from you as well?

Dave and I certainly had that experience when we were watching Brigsby Bear at Sundance. We were in the theater, we didn’t walk to the bathroom, but we were sitting there super nervous that people would hate this thing. I think it’s naturally how so many of us artists feel. Even when I’ll do a live show. The first time you go out there to put yourself out there, you’re terrified, and you don’t know what people will think. I don’t know if it came from a very specific moment in time. Maybe several moments.