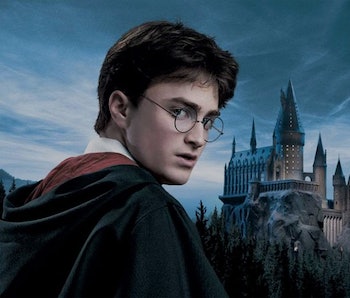 Pottermore, the official online headquarters for all things Harry Potter, broke the news on Tuesday, reporting that the Los Angeles-based mobile games studio Jam City would be creating a new mobile game that allows fans to experience Hogwarts and, presumably, solve a mystery. The game will be part of the Portkey Games label from Warner Bros. Interactive Entertainment, a new venture that will bring a bunch of magical games to life, like the upcoming AR game from the makers of Pokémon GO.

It’s called Harry Potter: Hogwarts Mystery and it’s the first mobile game in which players can create their own character and experience life as a student. Once you’ve settled into the school, your character can move through the years while doing all the same things Hogwarts students do: taking part in Duelling Club, for example, or going to classes such as Potions and Defence Against the Dark Arts. There’ll be faces you recognise, too, with many subjects taught by Professors you may already know and love (or know and dislike, depending on who they are…).

It’s a smartphone game that brings you to Hogwarts, not a smartphone you bring to Hogwarts, but I can’t help but think about how furious Professor Snape would’ve been if he had to deal with muggle-born students sneaking their iPhones into his potions classes.

There’s no official release date for Harry Potter: Hogwarts Mystery yet, but Pottermore says to expect it on the App Store, Google Play and the Amazon Appstore in 2018.

More like this
Gaming
3 hours ago
Best classes for your Black Eagles characters in Fire Emblem: Three Hopes
By Joseph Yaden
Gaming
28 minutes ago
Everything we know about Heizou, Genshin Impact's next Anemo four-star
By Jess Reyes
Gaming
7 hours ago
17 years ago, Yakuza reinvented video game masculinity
By Cian Maher
Related Tags
Share: