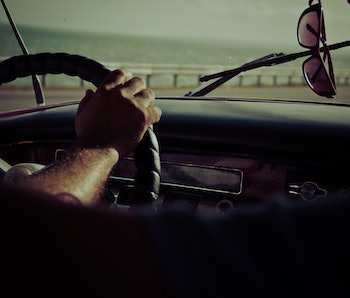 A new study suggests that the guy cutting you off on the highway in the morning might not be an asshole — he might just be listening to Slayer. Ben-Gurion University of the Negev Director of Music Psychology Warren Brodsky sums up his new study of driving music thusly: “The car is the only place in the world you can die just because you’re listening to the wrong kind of music.”

What the “wrong kind” of music is, however, depends on you.

Brodsky’s research shows that music that brings up negative emotions affects driving habits, but he points out that there isn’t any objectively “negative” music. Ultimately, what affects driving behavior are the negative emotions and thoughts associated with certain kinds of music. So, for instance, I might be more likely to run you over while listening to Iggy Azalea’s “Black Widow”, but you might be able to parallel park to that crap. It comes down to taste.

Still, there are some general guidelines. According to Brodsky, “Drivers should choose tunes that do not trigger distracting thoughts, memories, emotions, or hand drumming along to the beat while driving.” In his new textbook Driving with Music: Cognitive-Behavioral Implications, he suggests that we choose songs with “moderate emotional energy” — songs that don’t make us feel any emotion, positive or negative, too intensely.

Essentially, he wants us to listen to The Eagles.

It seems intuitive that music that brings up negative emotions would affect your driving habits, but the truth is that there just hasn’t been much research on the topic. Brodsky is a pioneer in the field - one of his earlier studies hypothesized that faster songs sped up heart rate and competed for attentional space. It went on to show that music tempo was correlated with how fast people drove and, importantly, how fast they thought they were going. Another study showed that teenagers who drove while listening to their favorite songs were more likely to make driving errors, such as speeding, tailgating, and one-handed driving.

There hasn’t been much research on how many driving accidents are music related, but Brodsky’s work suggests that they might account for many more than we think.

Until we develop a more systematic way of alerting us to when we’re stressed, our best bet is to identify the songs that make us feel intense negative emotions as well as pinpoint which ones relax us. Get your playlist ready — it could save your life.

More like this
Mind and Body
5.5.2022 3:00 PM
Four low-key psychology hacks to increase life satisfaction for good
By Ali Pattillo
Mind and Body
5.14.2022 11:00 AM
How to treat adult ADHD: A psychologist explains medication and more
By Laura E. Knouse and The Conversation
Mind and Body
5.10.2022 10:31 AM
Studies linking nature to better mental health focus on wealthy nations — here's why that's a huge problem
By Nick Keppler
Related Tags
Share: