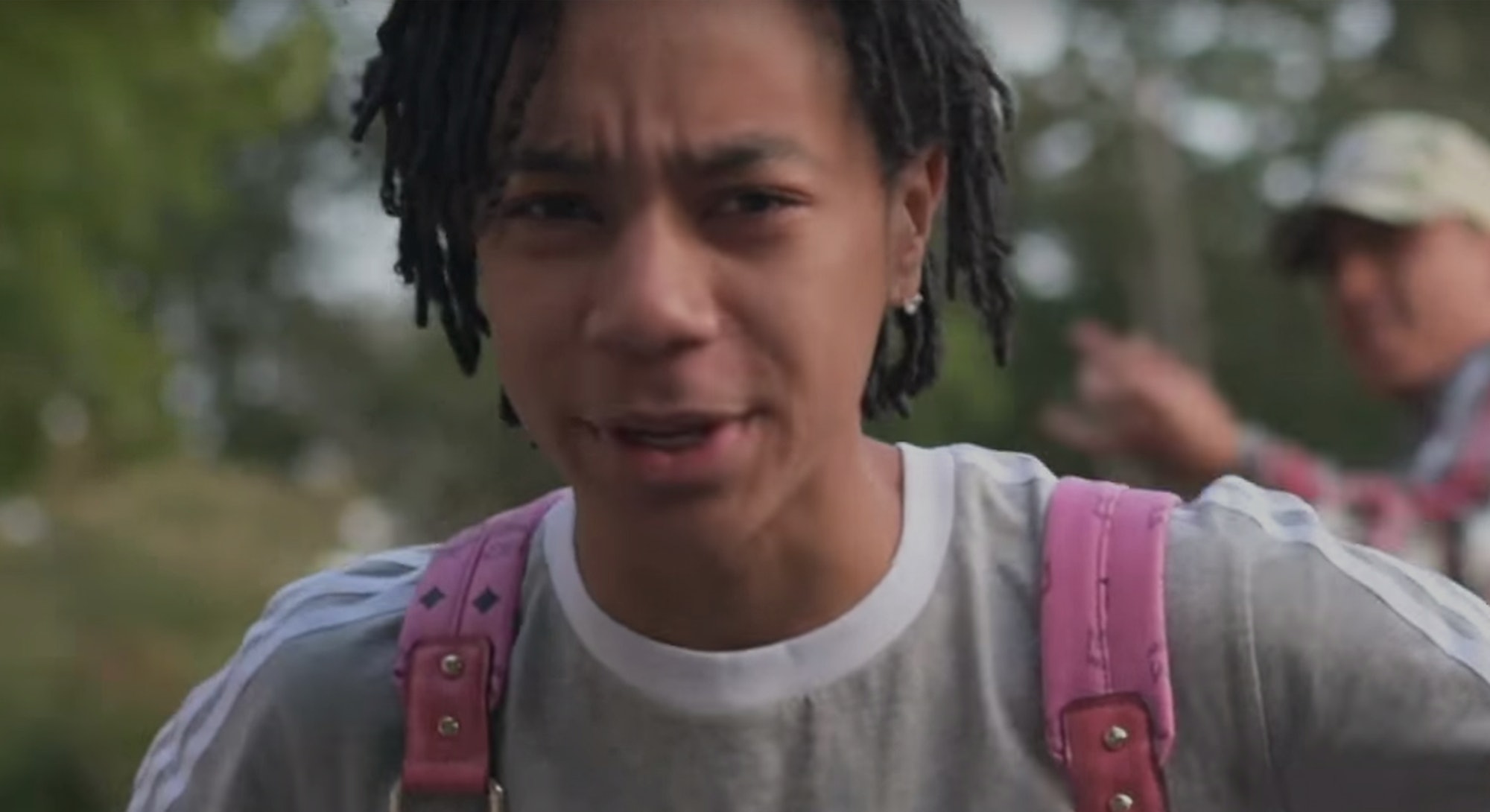 Cracking the Billboard Hot 100 chart before the age of 18 is far from the only way YBN Nahmir defies expectations in the rap game. After exploding into fame with his September hit “Rubbin’ Off the Paint,” the 17-year-old rapper moved from Alabama to Los Angeles to properly launch his music career. With lyrics that riff on pop culture touchstones like Spongebob Squarepants and Rick and Morty, YBN Nahmir — born name Nick Simmons — wants to be relatable but most importantly, “Different.”

Inverse asked Simmons about his transition from high-schooler to ascendent rap star, and how he doesn’t really have much time for cartoons anymore. (There’s bad news about Rick and Morty.)

“Rubbin’ Off the Paint” is 52 on Billboard’s Hot 100 and since its music video was uploaded to YouTube by Worldstar Hiphop on September 18, 2017, it’s been viewed more than 53.2 million times. And YBN Nahmir is not stopping.

Why do you think “Rubbin’ Off the Paint” captured people’s attention in the way it did?

I think it blew up because it was different. It can relate to older people and younger people. Older people could relate to what I was saying; I wasn’t mumbling. My voice was clear in every word that I said. Younger people like that style.

And there was a visual to it [because it was released as a music video]: They could see my face. They were like, “Okay, he looks a little cool. I might fuck with this.” And it just blew up after that.

I’m sure a lot of people ask about the pink backpack from the music video. Is that something you had and thought it would be cool or was that your real backpack?”

To be honest, we bought that backpack just to do it for the video because we knew it would be different. Like you would see it and think, “Somebody from the hood wearing a pink backpack!?” Like that. You feel me?

Everything we did was different in that video. We tried to do a lot of different things.

When you talk about being different, are there any specific other musicians or rappers that you look to as someone that influences you to be more different?

I influence myself, because I always try to be different and stay in my own lane.

But, you know, I vibe and fuck with the Bay area and like Sacramento and those types of vibes. Sugar Gang and Mozzy and all them caught my attention growing up. I’m chasing because I’ve always been with them down there. It’s probably Mozzy that I look up to the most right now.

What’s it been like skyrocketing to the Hot 100 Billboards?

What would be weird would be if I didn’t feel weird about it at all.

It happened overnight. I was in Birmingham, Alabama and a week later I was in L.A. making music So I was like, “What!?” It all happened so fast it was crazy.

I’d love to talk a bit about Spongebob and Rick and Morty, which you reference in “Rubbin’ Off the Paint.” How important are cartoons and shows to your music?

When I was younger, I used to watch a lot of cartoons. But when I got older I stopped watching everything and went outside a lot more. But I guess it was just my childhood thing. So I wanted to put that in the song too, ya know?

When you have the Rick and Morty* line in “Rubbin’ Off the Paint,” was that spontaneous or did you always want to get Rick and Morty into the song?

No it was just freestyle off the top of my head that just came to me.

So do you consider yourself a fan? Did you keep up with Rick and Morty in Season 3?

Actually, I really didn’t watch the show. My friends tell me about the show, but I’ve never actually watched it.

Just this week, Nahmir offered a little more about his Rick and Morty line to Genius:

I never in my life watch Rick and Morty unless I came home from school and it was on TV. I was talking about it at school today — before I wrote the song, they were just talking about, “Nick you need Rick and Morty.” I’m like, “nah I’m finna watch that shit.” But then like, I don’t know what happened. I just feeling it, cooking up in the lab like Rick and Morty because I’ve seen it. I’ve seen the little YouTube videos on it, and I’m like, “Alright let me put that in the song, that sound hella hard, they’re gonna fuck with that.” So I put that up in there.

To be honest, not right now because I’ve been so busy with music. I don’t really have time to watch TV and play around. I’ve been on a tight schedule working back to back to back with working on an album and interviews. I haven’t had enough time to have as much time as I used to, but everything is really fun and fresh right now.

So what’s next for you?

I’ve got a tour coming up mostly all of December. Shows in Cleveland, Houston, Atlanta — everywhere. Most of the tickets are getting sold out so everybody should buy their tickets now.

Are you still also producing new music while gearing up for the tour?

Oh yeah I have more music dropping soon. I had one on Thanksgiving too: “Letter to Valley.”

So do you have any plans for a future album?