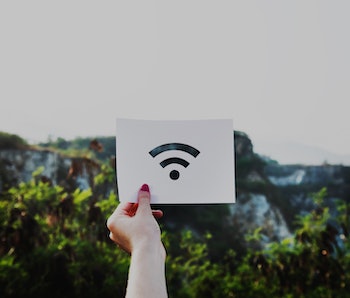 Net neutrality is on life support at the FCC, and in two weeks, it’s expected that the Republican-controlled commission will vote to remove the consumer protections.

The proposal circulated before Thanksgiving to end net neutrality goes to a vote when the FCC meets on December 14, with the vote expected to go 3-2 along party lines to approval his new rules.

There’s a very simple reason for that: Federal agencies like the FCC can’t change existing rules just because they want to. The fact that a Trump appointee like Pai disagrees philosophically with the Obama-era FCC’s position on net neutrality isn’t in and of itself justification to change the rules.

Pai and the FCC have to make a fact-based argument to do away with net neutrality. If they can’t do that, even a court full of Republican judicial appointees would be compelled to strike down the FCC’s decision and preserve net neutrality.

You can find Pai’s rationale right at the top of the text he circulated ahead of the December 14 meeting: “In 2015, the Commission imposed heavy-handed, utility-style regulation on Internet service providers (ISPs),” he writes. “Since then, broadband investment has fallen for two years in a row — the first time that that’s happened outside a recession in the Internet era. And new services have been delayed or scuttled by a regulatory environment that stifles innovation.”

Those are Pai’s key facts. Never mind any of the facts that weight against that — like the overwhelming public support for net neutrality or the fact that ISPs don’t actually create almost any of the content they send, which makes the FCC’s 2015 reclassification of telecoms from “information providers” to “common carriers” seem pretty intuitive. Those don’t even need to matter. If Pai’s own stated facts aren’t supportable, then there’s no legal basis for the end of net neutrality.

Pai has been making his arguments about reduced investment and innovation for a while now, and outside observers have repeatedly countered that his numbers don’t add up. No, seriously, a report this May from the Free Press Action Network was literally titled “Sorry, Chairman Pai: Your Investment Numbers Don’t Add Up.”

By any metric — and the report stresses Pai’s preferred metric of total industry investment is actually one of the least precise ways to judge this, but even by that metric — spending has gone up since the 2015 decision.

“Altogether, publicly traded ISPs spent approximately 5 percent more on capital investment during the two years after the FCC’s decision than they did in the two years prior. Far from declining or flatlining, aggregate industry investment has been growing,” the report finds. “Total capital spending across the three survey categories of broadband providers was $87.184 billion — more than $553 million higher than it was in 2014.”

Is that simple refutation of Pai’s argument the entire ballgame? Maybe not. The FCC has its own figures — which net neutrality advocates have persuasively argued are disingenuous — and it will have lawyers to defend the validity of those numbers in court. The legal battle would likely prove protracted. Lasting clear until, say, January 2021, when it’s possible there will be a new president and, with that, a new FCC chairman.

We run into this kind of story most often with the Environmental Protection Agency. Any new rule the agency puts forth — whether more pro-environment in the case of Democratic administrations, or more pro-industry in the case of Republican ones — faces months or even years of legal challenges from anyone with a stake. And in the case of net neutrality and FCC, everyone who uses the internet, plus giant companies like Amazon and Google that have every reason to stand against Pai’s proposal, would have a stake in keeping net neutrality tied up in the courts for as along as possible.

The FCC figures to make net neutrality that much more vulnerable after its expected vote on December 14. That’s the end of the battle. It’s likely just the beginning of the war.