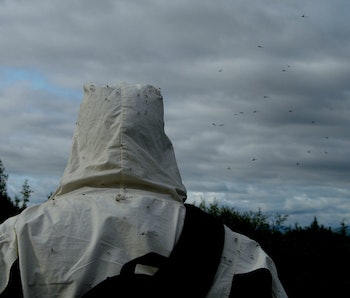 As the autumn chill sets in, it’s easy to forget that just over a year ago the threat of the mosquito-borne, fetus-deforming Zika virus held Americans in its grip. The immediate danger has fortunately passed, but the United States Environmental Protection Agency is intent on preventing another terrifying mosquito-driven event from happening, even if it means setting a swarm of “killer,” bacteria-laden mosquitos loose on the U.S.

On Monday, Nature News reported that the EPA bought the mosquitos from a company called MosquitoMate, which is based in Kentucky and was founded by Stephen Dobson, an entomologist at the University of Kentucky in Lexington. Through his work, Dobson has figured out how to modify Asian tiger (Aedes albopictus) mosquitos to harbor bacteria that prevent future generations from being born — a non-chemical, non-GMO approach to curbing the spread of mosquitos bearing not only the Zika virus but also yellow fever and dengue.

This strategy’s biggest selling point is that it cuts off the life cycle of the invasive Asian tiger dead in its tracks rather than providing only a temporary fix, like pesticides.

It’s especially appealing because the warming climate is slowly but steadily making larger areas of the U.S. hospitable to the mosquitos that carry these diseases, and pesticide use is increasingly drawing criticism.

Naturally, the idea of releasing a bunch of genetically modified animals into the wild has raised some concerns. People in Brazil would tell you not to worry, though. In 2016, the Brazilian government, responding to the Zika scare, released genetically modified mosquitos that passed on a lethal gene to their offspring in two large metropolises, and so far, there haven’t been any noticeable environmental consequences.

The mosquitos that the EPA plans to release on Washington D.C. and 20 states — areas where the climate is similar to the lab conditions where the mosquitos were born — are slightly different than their Brazilian counterparts, carrying the bacterium Wolbachia pipientis instead of a lethal gene. But the end result is the same. When lab-grown males are released to mate with wild Asian tiger females, they’ll pass on this buggy, sexually transmitted infection, which in turn makes all their offspring die — cutting off all chances for any disease-causing viruses to grow and spread.

Early tests using the Wolbachia approach, carried out in 2015 on a tiny island near Tahiti, have been incredibly successful in cutting down entire populations of mosquitos quickly.

The EPA hasn’t officially confirmed its approval of the lab-grown mosquitos yet, but MosquitoMate seems to have jumped the gun on Monday. According to Gizmodo, the contract officially registers the mosquitoes as a new biopesticide that MosquitoMate can sell for five years, in 20 different states.

If you liked this article, check out this video on how to destroy the deadliest animal on Earth: the mosquito.

More like this
Science
November 26, 2022
A groundbreaking finding on multiple sclerosis is dividing scientists
By Elizabeth Preston and Undark
Science
November 27, 2022
Scientists just made a major stride toward a hepatitis C vaccine
By The Conversation, Lisa Eshun-Wilson and Alba Torrents de la Peña
Mind and Body
16 hours ago
Massive new study disproves a common assumption about human mating habits
By The Conversation, Richard Border and Noah Zaitlen
Related Tags
Share: