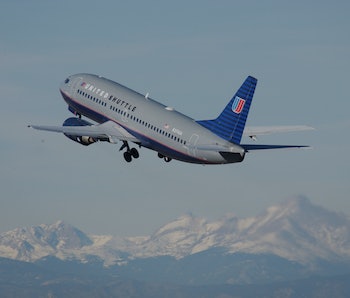 Think back to the distant days of April 2017. The internet went into an uproar over a truly horrifying video of an elderly man being dragged off a United Airlines flight. His name is Dr. David Dao, and he had boarded a flight from Chicago to Louisville. The flight was overbooked, and Dao, a physician, refused to give up his seat because he needed to work the next day.

United Airlines staff then called the Chicago Department of Aviation security, and officers forcibly removed Dao from the plane. Officers grab Dao and pull him by his arms out of the seat, and his head hits the arm rest. He’s then dragged down the plane aisle, apparently unconscious. Video footage of the incident went viral — it was shocking because no one expects to be assault on a plane, and because his forced removal is so unnecessarily violent.

While the assault was bad enough, the airline then found itself in a public relations disaster entirely of their own making. United’s CEO Oscar Muñoz was roundly mocked for calling Dao’s forcible ejection a “re-accommodation.” Scores of people on social media petitioned for his resignation and vowed never to fly that airline again. The video was played repeatedly across major news networks, with an almost unanimous revulsion — a rarity in America in 2017.

So why did YouTube remove one of the more prominent videos of the incident?

On Sunday, Twitter user @Xeriland posted a screenshot of an email he apparently received from YouTube. His video of the United passenger removal was flagged and given an age restriction. He questioned the decision, writing that “Remember the passenger dragged off United? My video went viral (shown on many major news networks). Suddenly YouTube restricted it.”

YouTube seems to consider the video be too violent for young audiences. They’re not wrong, with regards to the violence — the video is difficult to watch. Dao’s limp body is dragged down the aisle, his broken nose is covered in blood while others passengers scream in shock.

But given that YouTube says it will make exceptions for violent videos that it deems to have significant documentary importance, it’s not immediately clear why this video has been age-restricted. @Xeriland himself notes that the video was shown on television news, which should be case enough for its documentary qualification.

How does YouTube determine what criteria is too sensitive for younger viewers, particularly when the content is newsworthy? Given that the United Airlines video, while unquestionably violent, is not any more upsetting than, say, Game of Thrones, their flagging system seems to be murky.

We contacted @Xeriland for comment, and will update this story when he responds.

More like this
Science
6.28.2022 8:15 PM
Virgin Orbit targets June launch window for U.S. Space Force collaboration
By Doris Elín Urrutia
Culture
7.1.2022 9:00 PM
Male celibacy has evolutionary benefits — but not for the reasons you think
By Ruth Mace, Alberto Micheletti and The Conversation
Culture
6.28.2022 9:00 AM
8 sensational sci-fi shows and movies coming to HBO Max in July 2022
By Robin Bea
Share: