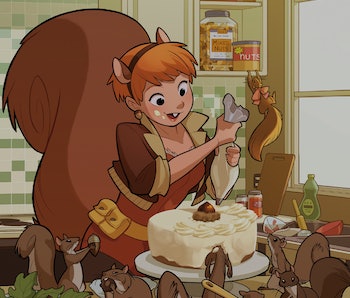 Squirrel Girl may be unbeatable in the Marvel Universe, but in the world of TV, she’s not all-powerful. The cable network Freeform announced it’s won’t be airing Marvel’s upcoming television series New Warriors, whose cast boasts comedian and actress Milana Vayntrub as the cult-favorite hero Squirrel Girl. Now, Marvel needs to look elsewhere for the superhero comedy’s new home.

The Hollywood Reporter writes that Freeform passed on New Warriors after originally picking up the show for a ten-episode season back in April. THR’s sources say that Marvel is eyeing Disney’s subscription service to host the series, but that platform isn’t expected to arrive until at least 2019, which leaves the immediate fate of New Warriors in question.

New Warriors, based on the Marvel comic in which an ensemble group of young superheroes possess eccentric abilities, would have been the second Marvel TV show to premiere on Freeform, the network formerly known as ABC Family. Next year, Cloak & Dagger will be the first of Marvel’s shows to premiere on Freeform and the second outside of ABC and Netflix. Marvel’s Runaways, which also follows young heroes, will air this November on Hulu.