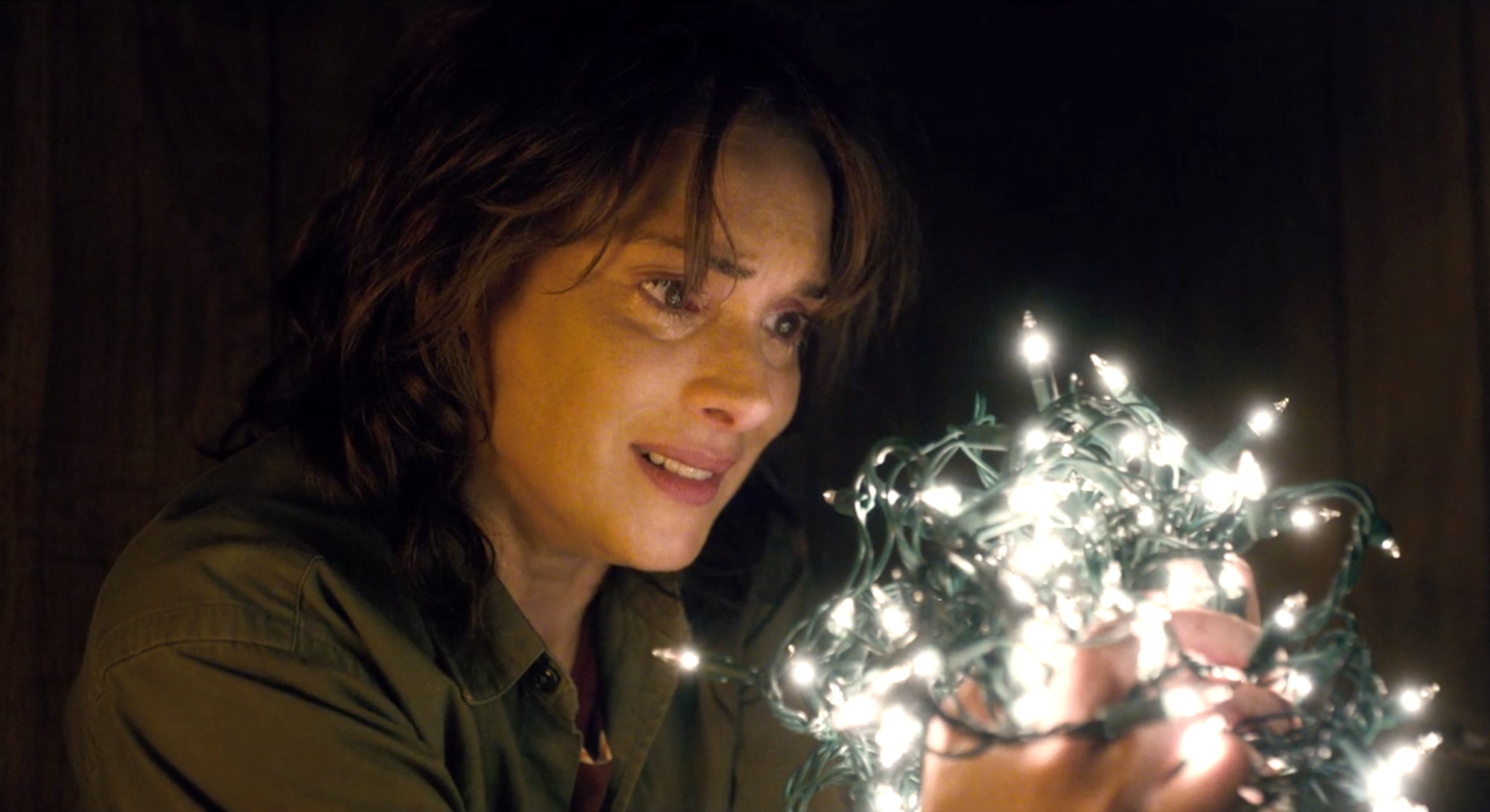 It took a few weeks for the world to fall in love with Matt and Ross Duffer’s Stranger Things after it premiered on Netflix in July 2016. But when audiences did fall for Will, Mike, Dustin, and Lucas — a group of Dungeons & Dragons-playing nerds who wheeled around early ‘80s Hawkins, Indiana, on BMX bikes — they fell hard.

That’s to say nothing of Eleven, their telekinetic “crazy” friend.

The fandom that’s blossomed around the nostalgia-soaked sci-fi series in the past 15 months was perhaps expected, given that it’s a nostalgia-soaked sci-fi series. Because Netflix doesn’t release viewership by show, the activity in fan communities is the most concrete evidence we have of the show’s impact. While there aren’t definitive Stranger Things audience stats broken down by age, the internet’s most active fans offer a clear picture of its cross-generational appeal.

If you talk to some of the wonderfully dedicated geeks who love the series — those who moderate its popular subreddit (rule #1: no spoilers) and those who run unofficial Tumblr accounts — there’s one factor above all that explains the Stranger Thing boom: adolescence is a state of mind, not of matter.

Who can’t relate to this?

The second season of Stranger Things hit Netflix on October 27, just in time to scrape together a last-minute Season 2-inspired Halloween costume. And while reactions to Stranger Things 2 varied, the buzz manifested itself in a Twitter record over the course of the Season 2 premiere weekend; more than 3.7 million tweets were posted during the three days after its premiere. Critics liked it, too: Stranger Things 2 holds a favorable score of 78 percent on Metacritic (compared to Season 1’s 76 percent) and it holds a 95 percent “fresh” rating on Rotten Tomatoes. Stranger Things fans seemed to have few complaints (an exception being Episode 7, “The Lost Sister”) after spending nine hours on a couch that first weekend.

Call its popularity a product of ‘80s nostalgia, or the result of a social media echo chamber — one writer memorably described the second season as a hit before it premiered, fueled on 100 percent-pure, unfiltered buzz —but the numbers seem to back up the buzz. It’s not official (since, again, Netflix doesn’t release viewer stats by show), but Nielsen estimates that 15.8 million people watched Season 2. For comparison, Game of Thrones averaged 14.9 million viewers for its season finale on August 27, according to stats compiled by IndieWire.

The Stranger Things subreddit, a community of 193,000, has been a hub for the series since its inception. Its founder, a Redditor who goes by Dark_Saint, thinks the series will remain popular because the story has found that undefinable sweet spot. A big Winona Ryder fan, Dark_Saint started the subreddit r/StrangerThings before the show premiered. They and five other moderators “have to check the [subreddit] constantly” and manually approve or remove all submissions.

“There are a lot of shows that get really mainstream and get buried by it and are no longer taken seriously,” Dark_Saint tells Inverse. “Stranger Things has a nice size audience and gets recognized at awards shows.”

As traffic to the subreddit doubled in the months leading up to the Season 2 premiere, moderators of the community expected another spike to r/StrangerThings in the days after the season premiere.

Right now, there are few television shows comparable to Stranger Things, and the timing couldn’t be better: Nostalgia is hot right now and there are countless spaces online for fans to gather.

“It will continue to grow and expand,” Dark_Saint says of the popularity of the show (the same probably goes for the subreddit).

David Ewalt, author of Of Dice and Men: The Story of Dungeons & Dragons and the People Who Play It, tells Inverse that Stranger Things’ popularity grew as the result of a kind of nostalgia feedback loop: people such as the Duffers grew up loving D&D and other nerdy staples that had a resurgence of sorts in the late ‘70s and ‘80s, and now those people have become the creators.

“People who were D&D fans and role-playing game fans, they got really into Stranger Things because they saw themselves in it,” Ewalt says. “But I think the fandom extends beyond that. You didn’t have to be a D&D nerd to recognize yourself in the kids in that show; they’re also into video games and they’re tech nerds, and they’re in the AV club at school. So I think there are all kinds of kids who maybe felt like geeks or nerds or were into techy stuff or were into all kind of games and fantasy — all those kids see themselves in Stranger Things, not just the D&D fans.

“You don’t have to have been a nerd in the 1980s to see yourself in one of those kids,” Ewalt continues. “We were all kids and we were all kids who faced our own monsters, whatever they were, and we’re going to relate to these characters who have a mission and troubles they have to face. Even a kid who’s that age today can look at Stranger Things and relate to it.”

The concept of “fandom” went mainstream a while ago — unlike in the 1980s, socially appointed “nerds” no longer own science fiction and fantasy; nerd culture is mainstream. Thousands of think pieces about superhero franchises and the cultural significance of Disney scooping up Lucasfilm to make more Star Wars blockbusters have catalogued the mainlining of sci-fi and fantasy franchises.

Stranger Things’ popularity is the odd, charming result of this long-time trend; and, now, kids of all ages can get into it.

Unlike other fandoms, Stranger Things seems to find its popularity and reach in the same place it finds most of its diversity: across several generations. Just as Season 1 of Stranger Things focuses on three separate groups of people — the motley crew of kids, the angsting teens, and the haggard adults slowly losing it over just how weird their town has become — Stranger Things unites generations of people in our own world.

Dark_Saint says the Reddit community’s Stranger Things fans tend to be a bit older than fans who hang out on Tumblr or mainstream social media platforms such as Twitter. Similarly, Ewalt notes that people who grew up in the ‘80s or lived through that decade and experienced the culture in some way, shape, or form are drawn in by the nostalgia factor. And, even then, you don’t have to have grown up in the ‘80s to love it.

“I know I’m going to sound like a broken record, but I love the whole nostalgia factor,” Tumblr user charley-heetin tells Inverse via Tumblr messenger. “I’m a huge fan of the ‘80s and all its aesthetics and the music, as well, so to have a supernatural show about kids and teenagers fighting off an unknown monster in that era just really appeals to me.”

User charley-heetin, whose main focus on Tumblr is a blog dedicated to Stranger Things and, especially, the teenage characters of Nancy Wheeler (Natalia Dyer), Jonathan Byers (Charlie Heaton), and Steve Harrington (Joe Keery), is 25 and notes that even the younger side of the fandom — kids aged 13 to people in their 20s — is relatively calm. Tumblr, normally a home for online arguments amongst members of a fandom, commonly termed “fandom wars,” finds a rare bit of calm water with the Stranger Things fandom.

Perhaps it’s this age diversity that lends to the Stranger Things fandom’s chill vibe. Or maybe it’s just the fandom’s way of acknowledging that you can’t take down a Demogorgon if you’re focused on in-fighting. Maybe they just have their priorities figured out.