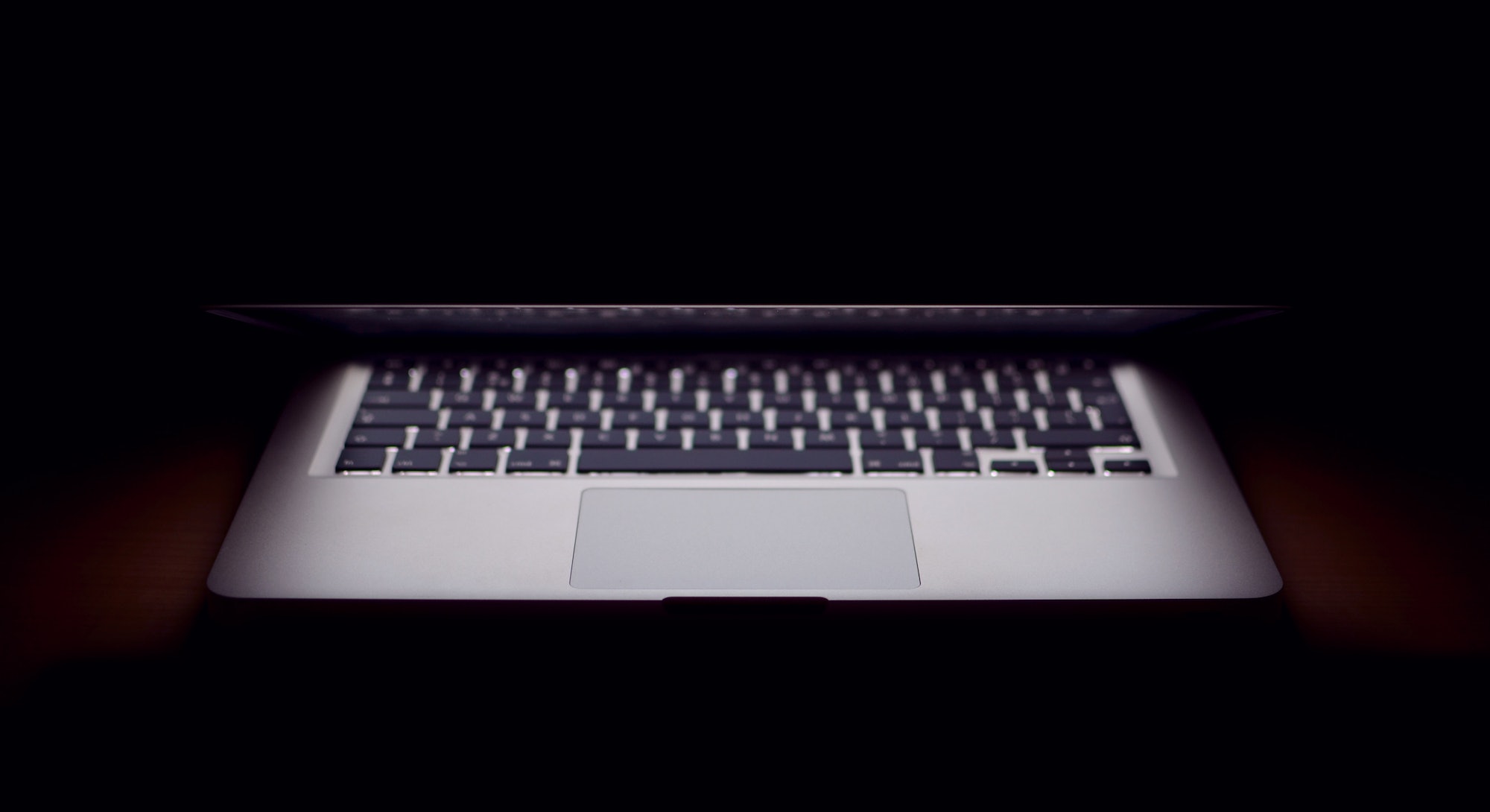 Oral traditions, in which village historians weaved tall tales to preserve the stories of their people — many of them ghost stories — have evolved and migrated onto the internet. On Reddit, “the front page of the internet,” the massively popular (11,809,894 members) community r/NoSleep houses some of the creepiest, oftentimes longest short stories you could possibly find. And they call come from everyday Reddit users.

While the internet has always been a treasure trove for scary stories, r/NoSleep is unique. Unlike Creepypastas, another Reddit creation, the goal of r/NoSleep is a level of “role-playing,” where the author pretends the story is legit and writes pleading to their fellow Redditors for answers, help, or just a bit of hope. Sometimes, users in the comments will break character, praising the “OP” (original poster) for the clever writing, but others add new layers to the terror. It’s like crowd-sourcing fear, and r/NoSleep is always in demand.

Unlike the old tales of witches and devils, the monsters in these stories have evolved, becoming malevolent television shows or ghostly text messages from dead girlfriends that haunt living boyfriends.

With Halloween upon us once again, here are just five of some of the best stories ever told on r/NoSleep:

5. “My dead girlfriend keeps messaging me on Facebook. I’ve got the screenshots. I don’t know what to do.” by natesw

“Around this period of time, I stopped being able to sleep. I was too angry to sleep.”

“She would tag herself in random photos every couple of weeks. The friends who noticed and said something thought it was a fucked up bug; I found out recently that there have been friends who have noticed and didn’t say anything. Some of them have removed me from their Facebook friends list.”

Probably the best example of what can be done in r/NoSleep, Nathan initially asks Reddit users for technical help. But look closely and you may believe that Nathan is slowly losing his mind.

In the story, Nathan’s girlfriend Emily died in August 2012. But a year later, on September 2013, Nathan begins receiving strange Facebook messages from Emily’s account. Soon “Emily” begins feeding Nathan fragments of their old text messages, conversations never written down, and Emily alluding to being “FREEZING” and alone. Making great use of r/NoSleep’s format, Nathan goes the extra step in providing screenshots of his messages with “Emily” and photos where she’s “tagged” herself.

While a good story on its own, it’s a heart-stopping comment from a user staying in character that adds the best plot twist to the story.

“The letters were sent off and every day we all rushed to the mailbox to get our The M Show Club badges. When the first snow began to fall we stopped checking the mailbox. Brandi was still passionate about the show and watched it every day, but Scarlett lost interest. When Scarlett stopped watching I too began to skip the show. Brandi still came over, but she was the only one watching. I sat next to her while working my way through Scarlett’s old girl magazines.”

“It was early spring. I remember there were tulips in our garden and my mom reprimanded me for plucking two to decorate the kitchen table. But right after her lecture she handed me a small square letter with my name printed on it. The back said “Welcome to The M Show Fan Club.”

Turning childhood nostalgia into an unsolved nightmare, Reddit user lenalona writes in a more traditional narrative style as they take on the role of a woman remembering the scariest day of her adolescence. Imagine if your favorite TV show hid a terrible, dark secret. That’s the horror behind “The M Show Fan Club,” sometimes regarded as one of the best unsung stories of r/NoSleep. You’ll never look at The Mickey Mouse Club the same way again.

“There were a few folders with incomprehensible names, and 3 others: “Case Notes”, “Training”, and “Emails”. There were about 100 emails, mostly unconnected, but a few were really interesting. Usually, I wouldn’t go snooping through such private information, but I felt such a strange urge. In the end, I kept it. I think I’m going to hand it in to the police still, sometime in the future. I’m going to share with you the more interesting emails, ordered and formatted (where appropriate) for easier reading, and maybe you can help me decide what to make of it.”

The best stories of r/NoSleep don’t just take advantage of the “Asking Reddit” format, they also feature fully-realized characters with something to lose. That’s where “I found a usb stick” comes in, in which Fyve is crowdsourcing tech support to help them investigate bizarre emails exchanged between two friends on different sides of the world.

While the emails start out with juicy relationship gossip (as nosy people, of course we’re immediately invested), you quickly realize there’s something sinister and otherworldly at play. Another one of r/NoSleep’s best, the story was formally recognized as such when it was published in September 2012.

“I mean, we came all that way, right? The main entrance was this huge, wooden double door. Probably fifteen feet high, and above it was the sign: Uncle Gerry’s Family Fun Zone, with this picture of a cartoon farmer with a piece of straw hanging from his mouth. And the sign had been vandalized. Someone had spray-painted X’s over the farmer’s eyes, and nearly every letter had been scribbled out. Everything except for “Fun,” but the ‘F’ was turned into an ‘R’ and an exclamation point was added. So it just read, “Run!”. So we weren’t the first people that’d been there. And I remember thinking, I don’t know if this makes me feel better or worse.”

A brilliant, bizarre mix of Five Night’s at Freddy’s, A Nightmare on Elm Street, The Blair Witch Project, and Akira Kurosawa’s Rashomon, “Uncle Gerry’s Family Fun Zone” is an easy-to-read tale of terror in the form of a banal Q&A interview that ends with sheer horror. Told between three friends in a love triangle, the subjects talk about investigating an old secret involving a kid’s entertainment establishment that their small town wishes it could forget.

Come for the interpersonal drama, stay for the horror movie-like scenery, and keep staying for the theories Reddit users have exchanged among themselves to make sense of the story’s brilliant and scary twist.

1. “The New Fish” by theworldisgrim

“Satisfied that I wasn’t about to become chow for some unspeakable creature, I laid back down on my squeaky, saggy old cot and tried to get back to sleep - but I couldn’t. Instead, I found myself thinking about that night in the penitentiary, the night of the lockdown; I kept thinking about Mikey and Big Rob and the rest of them, all of us huddled in a cell with the lights off and the frigid northwest winds howling at the walls. After a while, I gave up trying to sleep. Instead, I sat down in front of the computer and I started typing. I’m no story teller, not like Mikey or Hutch, but I’ll try my best.”

Sometimes there’s a story that just has it all. World-building, colorful characters, and sharp writing that can turn drab settings like a prison come alive with horror. That’s “The New Fish,” which one could easily imagine as a film from Stanley Kubrick or Guillermo del Toro.

Set in one of the most unusual places for a scary story — it’s lockdown in a federal prison — and starring the most unusual but unforgettable characters, “The New Fish” is a flashback told by an ex-con who, on dark and stormy nights, always remembers the scariest story he’s ever heard.

Unlike most stories on the internet, “The New Fish” sports A-grade writing that makes even the worst individuals imaginable as worthy of sympathy. While the story’s “antagonist” is probably too exaggerated for the setting’s limits, the writing and characters make up for it. “The New Fish” is such a strong story, it will make you glad you’re having another sleepless night on the internet.