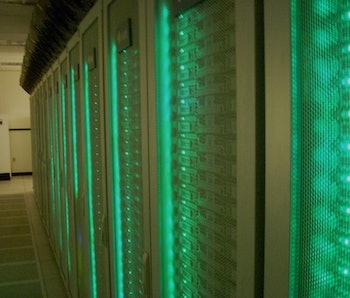 Google is working on a computer that could unlock the true potential of artificial intelligence, and it may be ready to show its results in a matter of months. The team, Charles Neill at the University of California Santa Barbara and Pedram Roushan at Google, believe that they know how to show “quantum supremacy” for the first time — a quantum computer that is measurably better than a regular computer.

The thing is, while they kind of exist, they’re not particularly stable. MIT announced earlier this year that it had used ultra-cold sodium-potassium molecules to create stable qubits, while Microsoft has experimented with exotic “non-abelian anyons,” a quasiparticle that could unlock quantum computing’s potential. It’s no good inventing a computer that’s no better than an existing one, though, which is where the race to quantum supremacy comes in.

The Google team has been experimenting with nine superconducting qubits, with nine metal loops that have electrical current flowing in both directions. They were able to show that these qubits could represent 512 numbers all at once. It’s a small start, but the team believes they can scale it up from here.

If the team manages it, it could be the first step towards a new dawn in computing. Yuri van Geest, founder of SingularityU in the Netherlands and an expert in the singularity, said at Cologne’s Pirate Summit in 2016 that analytical jobs would prove child’s play for a quantum computer, crunching through the tasks in a blink of an eye. Geest predicted that by 2018, a quantum computer will be built that has the same computational power as every computer on earth today combined.

“We are entering a new era on this planet,” Geest said. “We haven’t seen anything like this before.”

Scientists want to build a quantum computer the size of a soccer field. Check out this video to find out more.