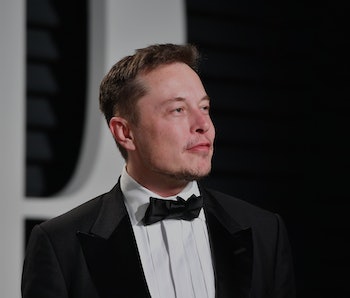 SpaceX founder Elon Musk is set to update the world on his plans for space exploration Friday at the International Astronautical Congress in Adelaide, Australia. Ahead of his big announcement, Musk sent out a tweet and shared a pair of images on Instagram to whet the appetites of those yearning to explore the cosmos.

Three hours later, he shared two images in quick succession. One was of “Mars City,” pointing out how the atmospheric colors on Mars are flipped from those of Earth.

And the other he referred to as “Moon Base Alpha.” While Musk has warmed toward the moon in the past year, this is the first indication that a lunar base might be seriously on SpaceX’s radar.

This tease could be the best hint yet of that “something really special” he has promised to announce Friday.