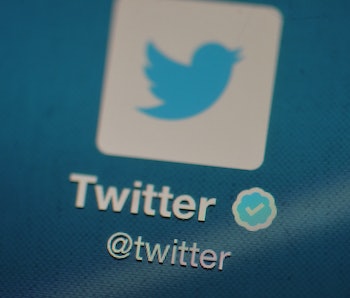 Twitter has done the unthinkable, piloting a test that doubles its 140-character limit for users selected at random. It’s unclear what will determine whether or not this expansion will later be rolled out en masse, and when.

The change, Twitter executives explain, is attributed to a fundamental flaw that has potentially prevented some users of the global platform from tweeting. Or at least from doing so most effectively. According to several people employed by the company, it’s now evident that the 140-character max has served as a hinderance to English, Spanish, Portuguese, and French speakers in particular.

Though not specifically mentioned by Twitter staff, speakers of Agglutinative languages like Turkish in which common complex words are built by combining multiple words in full are probably even more in need of an increased character count. That’s because these words are typically longer in nature and attempting to shorten or abbreviate them can be confusing or impossible. Those who tweet in Japanese, Chinese, and Korean are presumed to really be the only people who’ve been doing fine with the 140 limit as is. This is because single characters used in these languages can convey meaning on their own.

As evidence of how this difference affects Twitter usability, the company cited an internal study that shows that only 0.4 percent of Tweets written in Japanese were found to hit the full 140 characters, compared to 9 percent of tweets written in English.

Tweeting from his own account — apparently one of the lucky ones trialling the longer-format — Twitter CEO Jack Dorsey backed this rationale, calling the standard limit “arbitrary” and “a problem.”

Biz Stone, another early Twitter employee, doubled down on this sentiment, calling the limit “unfair.”

At this point, it remains to be seen whether or not this limited change will be a lasting one. Or, as many seem to be wondering, if it has been made available to the tweet-happy U.S. president.

More like this
Innovation
5 hours ago
Want to take a road trip in your electric vehicle? Prepare to go off track
By Molly Glick
Innovation
8.17.2022 6:15 PM
Can we terraform Mars? Scientists may have made a major breakthrough
By Jeff Nagle
Innovation
8.17.2022 3:05 PM
Scientists create fake leaves that generate a clean fuel source
By Sarah Wells
Share: