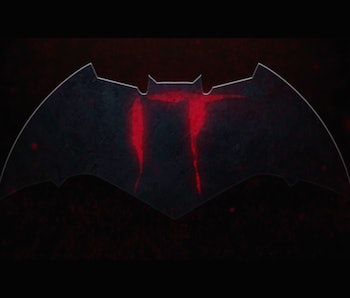 It was bound to happen eventually. The interdimensional evil known as “It” preys on childhood fears and enjoys taking the form of Pennywise the Dancing Clown. Batman stemmed from Bruce Wayne’s fear of bats, and his most famous villain is a clown. Now, thanks to a fan-made trailer, the two characters have collided.

On September 22, YouTube user Adeel of Steel uploaded the trailer, which sees the Dark Knight doing battle against Pennywise. The showdown was created using clips from Batman v Superman and the 2017 It film. Lex Luthor’s mad, alien-related ravings from BvS play a lot better here than they did in the actual DCEU film, where his kooky portrayal resembled the Riddler or the Joker more than the Lex Luthor fans know from the comics.

The only thing missing from the trailer is a scene of the Joker and Pennywise interacting, which wouldn’t be a bad project for Adeel of Steel to tackle next based on the huge response to this video. The Joker could offer Pennywise his services to take down the Bat, or be mortified at the idea of another clown being the apple of the Dark Knight’s eye. Perhaps even Pennywise would want to steer clear of the Joker after peering into his mind to see what scares him. Even if we don’t get some kind of follow-up to the video, though, it’s still a fun and clever “what if?”

If you liked this article, check out this video of the rookie’s guide to the Joker.