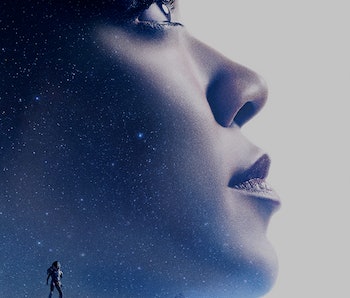 If there’s one thing certain about the story of Star Trek: Discovery, it’s this: the general public still knows nothing. The powers behind Starfleet and the Klingon Empire are going out of their way to make sure there aren’t any advanced spoilers of the plot. CBS has disallowed reviews of Star Trek: Discovery until after the show has aired.

On Wednesday, longtime entertainment reporter “Hercules” of Ain’t it Cool News tweeted about the CBS embargo of Star Trek: Discovery. Essentially, the news is simple: unlike a lot of big new shows, there will be zero advanced reviews of Star Trek: Discovery prior to its premiere on September 24. There is a Los Angeles screening on September 19, but presumably, any press in attendance will be barred from posting reviews until after September 24.

Fans and journalists online have mostly reacted to this news negatively, implying that in denying early press reviews, CBS is hurting potential PR for the show.

Despite the alarm from fans and professionals, the big news here is very simple. CBS doesn’t want anything leaking out from the first episode of Star Trek: Discovery because there are almost certainly huge spoilers associated with such a leak. The good bets for what is being withheld here could mean a few things: a major character dies in the first episode (probably Captain Georgiou), a huge Trekkie secret is being kept (maybe a big original series cameo) or…something else entirely. Because the trailers are so tightly vague, there’s still plenty we don’t know about the show, despite knowing a bunch about the history of it being made.

The other motivation for preventing earlier reviews from emerging is more practical. Because Star Trek: Discovery will air on the new streaming platform CBS All-Access, CBS probably wants to get as many subscribers as possible. One way to do that? Make sure people have to watch your show before figuring out what happened on your show.

Star Trek: Discovery is the first new Star Trek series in over a decade. In 2005, the franchise ended an 18-year run which began in 1987 with The Next Generation, spanned four separate series, and ended with Enterprise. Since then, the only new Star Trek adventures have been the three reboot films, which hardcore fans know are all not part of the prime Trek canon. Discovery is Trek’s big comeback. And it looks like it’s network — CBS — is holding all of its space cards very close to their Starfleet uniforms. Fans and critics don’t have much longer to wait to see if they’re bluffing or if this Trek is truly a winning hand.