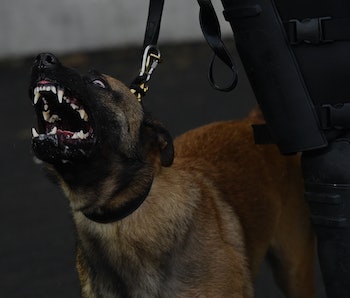 In internet-friendly dog language, the story of the CIA’s strange rebranding goes like this: though the government organization trotted out some of its smolest pupperinos in a series of tweets on Wednesday night, the internet did not find the thread to be “12/10, would boop again”.

This lingo is most traceable to a Facebook community called Dogspotting, which boasts nearly 700,000 members, devoted to taking pictures of and appreciating pictures of random, adorable dogs. A certain lexicon sprung out of the group, as written up by NPR, that has since bled into the dog-related memescape.

The CIA attempted to tap into this cute but irritating zeitgeist by nodding to doggo-speak throughout the Twitter thread, mostly by referring to the dogs as “pups.” The capitalization on Dogspotting lingo is most obvious in the tweet below.

At face value, this is almost cute because there’s a dog involved. But given the history of American intelligence personnel using dogs to torture prisoners and the shady history of the CIA in general, many people were thoroughly unamused.

The whole affair harkens back to questions that some harbor about the ethics of using animals as tools of an increasingly hostile police state. Or, as one Twitter user put it:

But the usage of animals in law enforcement is unlikely to change any time soon, so until then it appears that these puppers will continue to protec and serve.