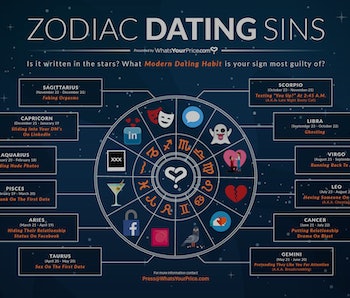 One big problem for dating sites is this: women are often buried under hundreds of boring messages from men who just say “hey”, and even attractive men have a hard time securing a response from these over-saturated women. Many dating apps seek to remedy that — Bumble only allows women to send the first message, for instance — but What’sYourPrice takes that process one step further.

What’sYourPrice isn’t quite SeekingArrangement.com, which matches prospective Sugar Babies to hopeful Sugar Daddies (the site offers guidelines on establishing and maintaining monetary-based flirty relationships). The site does however allow men to bid on the chance to take a woman out on a date. In the site’s men-focused ads, it promises men a chance to spend time with women who are “otherwise out of their league”. To attract women to the site, it promises “reimbursement for the expensive process of getting ready for a date”.

Aside from introducing monetary transactions into the dating world, What’sYourPrice also collects data and presents it in infographics, similar to what dating site OKCupid does on its data analysis blog. On Tuesday, What’sYourPrice released the results of its latest study, in which participants were asked to rank shitty dating habits by the likelihood they’d use them. The site then took those statistics and cross-referenced them with every user’s astrological sign. What resulted is a shiny infographic predicting what terrible thing people are likely to do to someone they’re dating, based on their astrological sign.

You might notice that many of the “dating sins” What’sYourPrice points out aren’t actually all that bad. Sending nude photos, for instance, which was most popular among Aquarius users, is a lovely thing to do for your partner, and bridges physical and emotional distance between you. As long as you keep your nudes secure, who cares about taking them?

Sex on the first date, which is apparently popular among Tauruses, isn’t bad either, as long as both partners get a chance to communicate what they want from the situation. Faking orgasms, the “dating sin” popular among Sagitarriuses, actually hurts both people involved in sex. The orgasm faker doesn’t get to enjoy an orgasm, and their partner doesn’t get the chance to learn how to help please them. It’s kind of a lose-lose.

Of course, What’sYourPrice isn’t arguing that astrology has any scientific bearing on dating habits, but for many people, astrological signs are an important part of the dating process. If you’re curious about what your sign tells you about your habits, that means you’re a part of the sociological phenomenon that keeps astrology in the zeitgeist. That’s very Pisces of you.