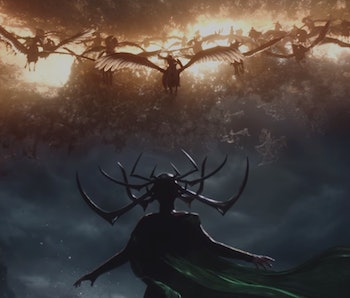 The Marvel Cinematic Universe has made another change to a character from the comics. Instead of referring to one character, “Valkyrie” now refers to an entire unit of Asgardian warriors.

Winderbaum goes on to add that the Thor: Ragnarok will explore the Valkyrie’s relationship Asgard and Odin, something fans might not have expected based on trailers for the film. “So it’s not so much that we’re trying to create a one-to-one emulation of Brunhilde from the comics,” Winderbaum said. “But certainly, the idea of the Valkyrie and what they mean to Asgard and to Odin is something that we’re going to be leaning into a lot and draft a lot of ideas from the comics.”

The trailers make it seem like the Valkyrie are unsuccessful in their attempt to take down Hela, goddess of death. Perhaps the combination of the god of thunder, his Frost Giant half-brother, a Valkyrie, a Hulk, and maybe Doctor Strange will fare better.